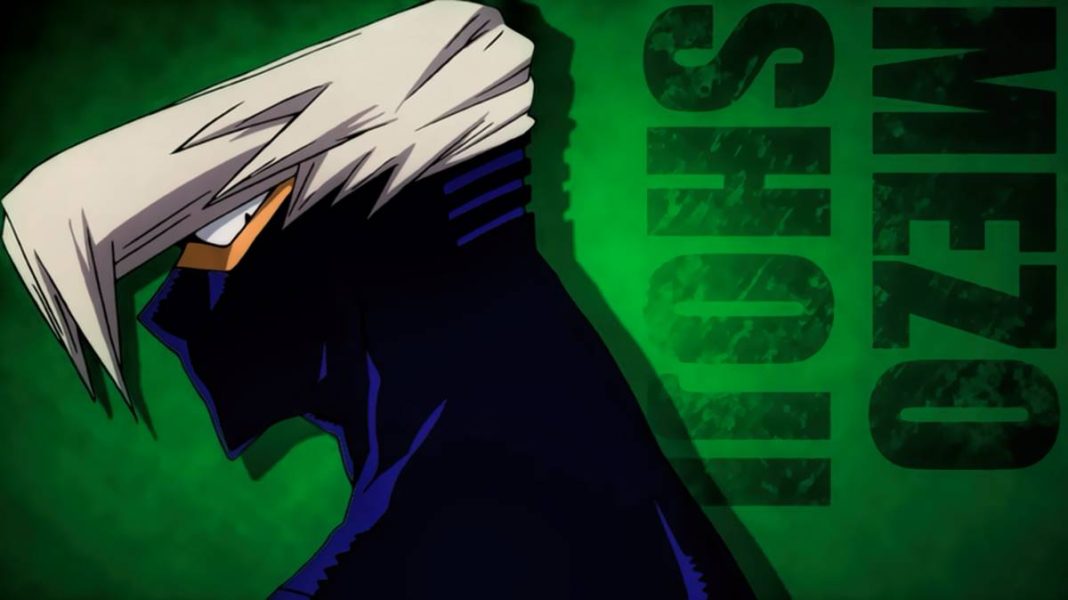 MHA Shoji: Shoji has been involved in several significant events throughout My Hero Academia, even though he isn’t a major character. Mezo Shoji is one of My Hero Academia’s most beloved protegés and one of the most underestimated. Shoji, unlike other characters, has unique anatomy that necessitates him to use a uniform with no sleeves and no coat to allow his various limbs to move freely.

Mezo Shoji is a strong, muscular young man with pale grey hair brushed forward and almost at a right angle over his eye. Only the front two arms have hands when his Quirk is not in use, while the rest end in thin stumps. He has six arms, all of which are physically powerful and are connecte by a web of skin.

Shoji’s mask was only fitting to his clothing since his genuine appearance supposedly made a small child cry. Being the compassionate guy he is, Shoji prefers to remain hidden rather than inflict harm on others. In this blog, we will discuss the top ten facts about Mezo Shoji.

1. He saves deku and Fumikage.

Deku is saved by Shoji. Deku is gravely hurt upon battling Fumikage’s Dark Shadow during the battle with the League of Villains the Forest Training Camp Arc (which the latter has lost complete control of. Shoji manages to take Deku and flee the place just as the creature is about to attack him. After successfully luring Dark Shadow into killing Moonfish, Bakugo and Todoroki quell Fumikage’s destructive Quirk, freeing him from himself.

2. He is one of the most capable students.

Shoji Mezo is bigger and more muscular than the other students in his class (who have no shortage of physical strength or gym bodies themselves). Shoji reveals he can create almost a thousand pounds of pressure in the Quirk Apprehension Test, implying he wouldn’t need to exert much effort to break a substance as tough as bone. Because this strength level only pertains to one of his arms, it is amplified when he duplicates them using his Quirk.

Mezo Shoji, along with the rest of Class 1-A, is state that one of the essential things a hero can accomplish before becoming an official defender of justice is to come up with a hero name. A hero’s professional pseudonym is suppose to conjure up images of heroism while also being unique to the individual in question. Shoji chooses Tentacle Hero: Tentacle, even though he only understands what that last term means.

Despite his outward appearance, Mezo is a kind, polite, and sociable person who demonstrates good cooperation with his peers as well as a sincere and altruistic attitude. He exemplified this most recently when he was eager to save Tokoyami and Bakugo despite the danger they were in; he is also not the kind to harbour grudges.

5. What’s With His Weirdness, Anyway?

Shoji’s Quirk, Dupli Arms, is heteromorphic because his abilities are based on a naturally altered physiology. In his case, instead of arms, he possesses three webbed tentacles on each side. Shoji can transform the tentacles into numerous organs

when he exercises his talent, such as eyes, noses, mouths, ears, and maybe more. The amazing thing is that the duplicated section functions higher than the original, substantially improving his sense perception.

Pony Tsunotori’s Horn Cannon attacks Shoji and Todoroki, and the former is sent to defeat her on his own. His multiple arms are easily parrie her attacking attacks, indicating that the two warriors are evenly match. When Mashiro rushes to his help, the tide turns, but it nearly immediately reverses when Juzo uses his Quirk to confine Shoji to the floor. Pony knows at the last minute that knocking him down is out of the question and chooses to avoid getting kidnappe for the match to conclude in adraw rather than an embarrassing loss.

7. Tsuyu is protected from freezing by him.

When their Seiai Academy opponents ensnare them, Mezo Shoji and Tsuyu Shoji, Tsuyu, Kyoka, and Momo have locked in a room quite a good strategy, to be honest. Saiko Intelli chooses this path to eliminate a couple of detection quirks. When they try to put Froppy into “hibernation.”

by over-cooling the room, Momo wraps a comforter around her, and Shoji tenderly keeps her in his arms to prevent her warm.

8. He is on the verge of being killed by nine people (MHA Shoji)

Shoji preserves Mahoro and Katsuma from Nine’s attacks in My Hero Academia Heroes Rising, while Deku and Mashirao drain their energy. Unfortunately for the young heroes, the villain is far too powerful especially with his “enhancer medication” and seven Quirks,

and throws Laser Bullets at Shoji, almost killing him. Shoji preserves the children by encasing them in his tentacles and instructing them to flee. After a while, he protects them from being crush once more.

Shoji is grown enough to reject overt forms of emotional display, as kind as he is. He doesn’t respond to other people’s opinions of him, even if they are unpleasant, in part because he has become immune to taunts as a result of his childhood traumas. Shoji isn’t spiteful, either,

because he understands the complexities of the fight and how mistakes can happen in the heat of battle. He also states that he doesn’t need any property or possessions, which is a monk-like trait.

10. His Friendship and Loyalty (MHA Shoji)

Tsuyu Asui and Mezo Shoji. Despite his reason, Shoji is another hen who insists on saving his close pals, a trait that is accentuate when his loved ones are in danger. He has saved some characters without regard for his personal safety

(but he still uses common sense and does not rush into battle). Shoji is so devoting to his buddies that he would gladly give up all for them.