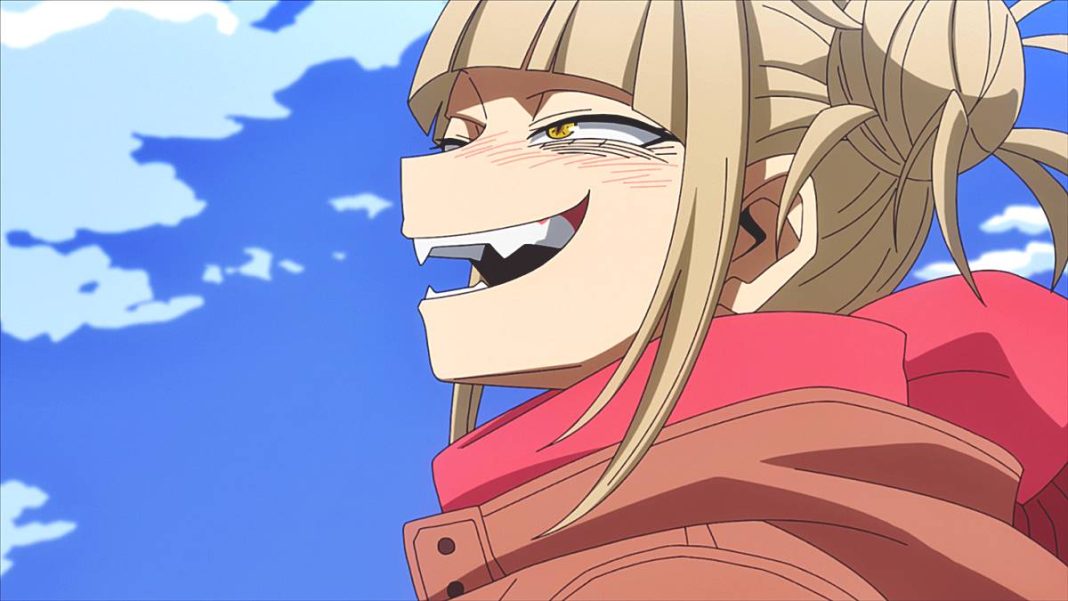 MHA Toga: Himiko Toga was a member of the villains’ league. She was a member of the Vanguard Action Squad and is one of the main antagonists. The toga could never fully assimilate into society due to her strange peculiarities and preoccupation with blood. She was influenced by individuals who lashed out against society, such as Stain and the League because she lacked friends and support. In this blog, we will discuss the top ten facts about Himiko Toga.

1 Despite Her Low Status, She Is Powerful

Naruto is one of many anime series that uses an ABCDE scale to determine how effective or powerful someone is. This system is also use in the Shonen action series to determine a character’s combat statistics. The letter “S” is frequently used to denote something particularly powerful or difficult to define.

Himiko Toga is a C-level villain, which isn’t bad at all. Other C-rank villains are likely to be easy to apprehend and subdue, but not this one! Himiko has avoided capture on several occasions, and as a result, she is an accomplished spy and sabotage.

2 She’s a Stalker Villain, to be sure

A stalker isn’t funny, but villains in fiction can be based after them to make them more terrifying, and comedy shows occasionally feature sanitised yandere. Himiko Toga exhibits various stalker characteristics, such as obsessing over specific persons and following them around at all times.

When we first meet her, the stain is the object of Himiko’s passion. Still, she soon develops the same sentiments for Izuku Midoriya and pursues him during the hero licensing exam. To round out the theme, she has bad ideas toward friendship and love.

Isn’t it lovely to have someone to look up to? A star athlete, a charitable person, or a business leader are all examples of real-life role models. Meanwhile, in My Hero Academia, All Might is regarde as the ultimate role model by the majority of the characters.

Imitating a role model is something Izuku does with All Might, and Ochaco does the same with Izuku! She can’t help but follow in his footsteps, and Himiko saw the resemblance right away when they met. Ochaco couldn’t deny that she was upset.

4 Her name is written in Kanji (MHA Toga)

A Japanese name is essentially phonetic, and any kanji that combine to make those sounds can be use to spell it. A Japanese individual may even state their name, followed by a description of the Kanji used to write it. It contrasts sharply with phonetic writing systems like the Roman or Cyrillic alphabets.

Himiko’s name hints at her peculiarity (more on that later), but revealing it would spoil the enjoyment! So, to disguise what Himiko’s quirk is capable of, her name shows on-screen using the katakana writing style. So far, she appears to be the only character who has received this treatment.

Himiko’s design may look familiar to fans of DC’s Batman comics. It’s her disguise! Himiko wears a mask that conceals her lips and nose and flexible tubes and needles that may extract blood from victims as she goes into battle.

Like many other heroes, Himiko is augment by equipment, and it’s evocative of how Batman’s adversary Bane wears an assembly similar to this to dispense medical medications daily. On the other hand, Himiko uses this assembly to swallow blood and begin transforming instead of using raw force!

6 She Has A Cat’s Appearance And Behaviour

You’ve seen some of anime’s well-known “catgirls” in other series, and they’re sometimes magical girls or minor villains. That may be found in the universe of My Hero Academia, not only with the Wild Wild Pussycats but also with Himiko Toga.

Himiko resembles a cat with her golden eyes and slits pupils, as well as her sharp teeth. And, like a cat, she’s a loner who prefers to operate independently and pursue her interests. Himiko isn’t much of a team player, even among the criminals.

Another way Himiko resembles felines is that she has a curious mind. It’s part of her vicious stalker methods to identify someone of interest, study everything there is to know about them, then kill and imitate them. To be satisfie, she merely has to delve deep into the souls of others.

Himiko had told Izuku, “I want to know everything about you,” and was irritate when Sero and the genuine Ochaco intervened and drove her away. She’s intelligent, but she exploits her intelligence for evil!

Here’s an inside look at the world of manga drawing: some characters are simpler (or more enjoyable) to draw than others, and this includes Kohei Horikoshi, the artist behind My Hero Academia. As they write, authors frequently acquire favorites.

Despite their cool appearance, some characters are difficult to draw, especially if they have a lot of intricate details or if they resemble another character but must appear somewhat different. Mr. Horikoshi acknowledged that Himiko is one of the more difficult personalities for him to depict. But, if you ask us, she always comes out fine.

9 The Meaning of Her Full Name

Himiko’s full name has a lot of meaning, as we’ve already mentioned. So there you have it. Her first name is written in three Kanji: Hi-mi-ko, Hi-mi-ko, and Hi-mi-ko. The first meaning “to put on” (as in clothing), the second “someone,” and the third is a frequent suffix for female names.

Toga is a combination of two Kanji: “migrate” and “self.” When you add it all together, it’s evident that the Himiko may migrate to another person’s being and dress it up like clothing!

10 Censored Nudity In The Anime

Many anime shows have their more graphic or sexual content filter or tone down to be broadcast on public television worldwide. Bleach, for example, has a lot of brutal moments that have been tone down, and particularly revealing clothing may be redesign to appear more modest.

Himiko Toga was also subject to this procedure. She’s dress as if she’s emulating Camie, and her skin tones suggest she’s wearing a skintight suit.