Home ANIME Most Highly Anticipated Animes of the Fall 2022 Season 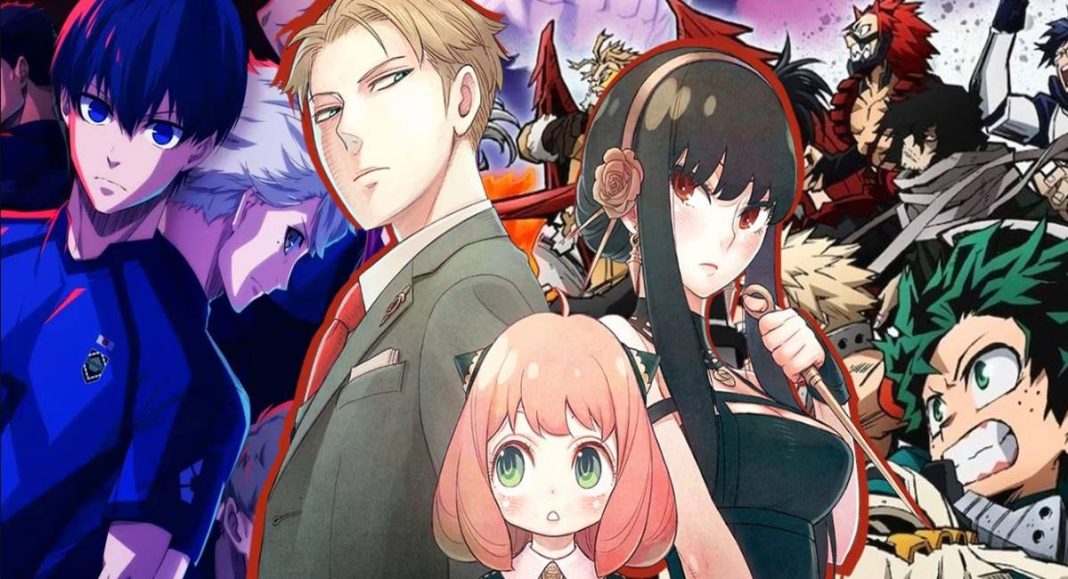 Most Highly Anticipated Animes of the Fall 2022 Season: The Yakuza’s Guide to Babysitting and Call of the Night were two of the many brand-new blockbuster series that debuted during the summer of 2022. Additionally, during the summer, several anime, including Rent-A-Girlfriend, The Devil Is A Part-Timer!,

and Classroom of the Elite, released their eagerly anticipated second seasons. A lot of people are already looking forward to the next anime that will be broadcast later this year because there are so many new episodes produced each season. As the summer draws to a close,

the Fall 2022 anime schedule offers a number of new seasons of currently popular series in addition to several brand-new shows that have been adapted from the original manga. These upcoming releases are among the most eagerly awaited.

Spring 2021 saw the premiere of My Hero Academia’s fifth season. For a portion of the season, My Hero Academia switched to My Villain Academia and highlighted the enemies. Shigaraki’s origins and how he came to be All For One’s pawn were revealed to the audience. A major revelation about the Quirk-filed society was made at the introduction of the Meta Liberation Army in season 5,

which also set up the dramatic conclusion that launches season 6. My Hero Academia’s season 6 is set to premiere on October 1. The heroes are getting ready to wage war against Shigaraki and the new Paranormal Liberation Front, which has allied with the League of Villains, as season 5 ended on a cliffhanger. The pro heroes are on edge as Midoriya and his classmates prepare for a fierce final showdown.

Shigeo “Mob” Kageyama, a middle school student trying to make his way through life while developing his psychic abilities, was followed throughout the second season of Mob Psycho 100. Shigeo develops as an esper and undertakes more difficult tasks than merely trying to stay up

with the Body Improvement Club with the aid of his tutor Arataka Reigan and an evil spirit named Dimple. Mob Psycho 100 is back with a third season this fall, almost three years after its last appearance. Toichiro Suzuki, another psychic, and Mob fought it out to the end of Season 2. A huge broccoli head appeared in the midst of the city as a result, and believers now believe that an entity akin to God created it. Mob tries to make a decision on his high school career and future at the same time. In October, the anime will be broadcast.

A spy father, telepathic daughter, and murderer mother captivated audiences in the spring smash Spy x Family with their humorous family dynamic and exciting action. By quickly marrying a woman and adopting a little child who was enrolled in Eden Academy,

Loid has completed the first phase of Operation Strix. On her road to becoming an imperial scholar, his daughter received her first Stella Award. There have been a few hiccups, the spy’s plans are proceeding as expected. The Forger family will appear in thirteen additional episodes of the second half of the first season,

which will be released in October 2022. The new enemy in Loid’s upcoming mission could jeopardize the success of Operation Strix. Anya makes every effort, with the aid of a new furry friend, to keep her father alive and complete his objective in order to promote world peace.

This October, Blue Lock, a television adaptation of the hugely well-liked manga of the same name, will debut. The Blue Lock Program is started by coach Jinpachi Ego to develop a top-tier soccer team. The initiative selects the top athletes and sets the best soccer players against one another to determine

which team will win the World Cup. The Blue Lock winner will be designated as the squad’s striker and progress to the national team. Yoichi Isagi was one of the individuals selected. Yoichi starts to second-guess his choices after making a play that cost his high school team the game

and cost them the chance to qualify for the national championship. He is determined to establish himself, nevertheless, and secure the position of striker for the Japanese side after being granted a competition invitation in Blue Lock.

To Your Eternity, chosen as the Best Drama at the 2022 Crunchyroll Awards, is the touching tale of an immortal person discovering and encountering humanity. It appears as a white sphere in the beginning, transforms into a lone boy, and gets the name “Fushi.” To understand more about the planet he just so happened to stumble across, Fushi sets off on a quest. Fushi encounters a lot of people while traveling to various locations.

The second season of Fushi will feature a fresh voyage. In his interactions with new friends and enemies, he finds fresh challenges. Fushi’s humanity will be put to the test by these difficulties, and he will need to develop and change in order to safeguard those who have come to mean something to him.

Season 4 of Golden Kamuy will be a part of the roster for Fall 2022, picking up where season 3 left off. The show is frequently praised for its historically accurate portrayal of Japan as well as the likeability of its main ensemble,

which includes both heroes and villains. A veteran of the Russo-Japanese War named Saichi Sugimoto is the focus of Golden Kamuy as he searches for gold in Hokkaido. The Ainu girl Asirpa and the map’s location on the body tattoos of escaped prisoners are two things

he learns when he eventually meets her. He also learns about the hidden Ainu treasure. Together, Asirpa and Sugimoto set out to retrieve the treasure for themselves, each with different objectives that ultimately lead to recovering the Ainu riches.

The second anime version of Rumiko Takahashi’s well-known manga series, Urusei Yatsura, is scheduled to debut in Fall 2022. Ataru Moroboshi, a teenage boy from Japan, discovers that the Oni alien race has invaded his planet. They prefer to play a game of tag, nevertheless, in order to defend the planet, as opposed to occupying it.

Princess Lum, the daughter of the Oni’s leader, stands in for the Oni and defends humanity on behalf of Ataru. In a humorous mix-up, Ataru triumphs and celebrates on live television as he gets to wed his sweetheart Shinobu. Ataru’s life changes completely with the addition of his new alien companion, Lum, who perceives this as his proposal.