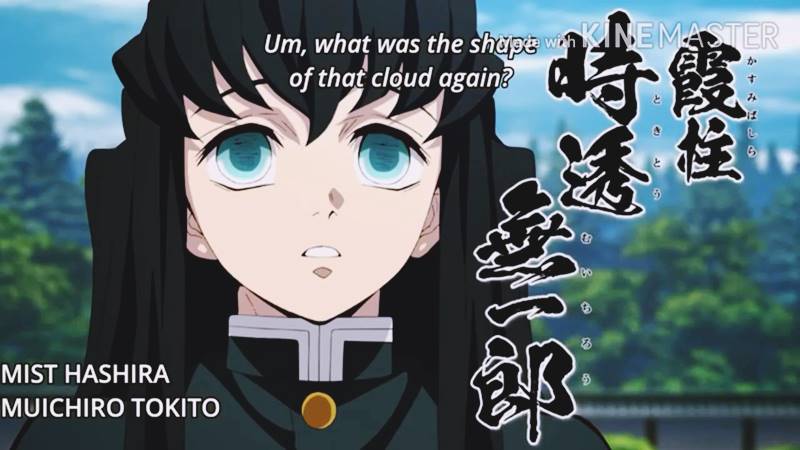 Muichiro: Hello guys how are you all? Today This blog is about a less known yet important character from the anime demon Slayer. He is another supporting character and known as Mist hashira in the demon Slayer corps. Muichiro is said to be the youngest hashira at present. He is also said to be the descendants of the Upper Rank one Kokushibo. He is best known for becoming a hashira in just two months after joining the demon slayer corporation. Some interesting facts regarding him are following.

Muichiro is a short person with light color skin and black hair. His facial expression is not fully expressed as he doesn’t show them. He is a good person with no person matching him. His eyes Always remain blank which exactly matches her emotional face and with a faded smile. Though being emotionless, he is always carefully observing his surroundings to match his skill and his personality traits.

Muichiro was born in a family of woodcutters who were very poor. He had a brother named yuichiro whom he loved very much. Muichiro’s mother died due to lung disease, they could not afford to treat her. His father died when fetching medicine for his mother in a storm. His brother was older than him and after their parents died, he took care of Muichiro. They both lived in forests excluded from the people. They were descendants of the upper rank one Kokushibo.

As seen that they lived in forest excluded from the people, they were vulnerable to the dangers. On one such dark night, they were attacked by a demon. Yuichiro in an attempt to protect his brother fought the demon and lost his arms, nearly dying. Demon tried killing them but in surprise, Muichiro got in a rage and destroyed the demon with all the tools in there. Then the sun rose and the demon was reduced to ashes. He saw his brother near to death and praying for Muichiro. He hold his brother’s hands till he passed away.

As both brothers were descendants of the upper rank one demon Kokushibo ( Michikatsu Tsugikuni), they were frequently visited by Amane ubuyashiki wife of Kagaya ubuyashiki, so as to encourage them in joining the demon slayer corps. But yuichiro always oppose her and thought that she will get his younger brother kill. After when they were attacked by demons and yuichiro got killed, Muichiro joined Demon slayer and later became a Hashira.

Muichiro is always wandering in his own mind thinking about something.  He is impassive sometimes, thinking only about himself. He has complete control over his emotions which doesn’t disguise him in taking the wrong direction and taking decisions. But when it comes to minding duties as a mist hashira he behaves completely different, he makes the right decision and guides the fellow members of the Demon slayer corps in the right direction.

6. His change in behavior

Before the death of his twin brother, he was a very cheerful person. He had a very compassionate and optimistic personality, opposite of his current personality. He showed kindness towards everyone. But after his brother was killed by a demon, he lost his memories, and rage against demons was set in his heart. After he became a Hashira he started behaving just like his brother.

As Muichiro was the descendant of the upper rank one demon Kokushibo, the former demon slayer who used moon breathing. Muichiro was born with special abilities like him. When he joined the demon slayer corps he was found by Kyujoru Rengoku, he told Muichiro that as a hashira he should help and protect everyone. By harsh training and already present strength, he just in two months, became a Hashira leaving everyone shocked. He became more like his brother and lost his personality.

After his brother was killed by a demon, he was left shocked but rage in his heart grow. His willpower is incredible showing his strength and rage which is boiling in his body. His dangerous rage is seen when he fought against the upper-rank demon. Even after many injuries and almost losing an arm, he fought against him with good power and defeated Gyokko, and also set up the base for killing upper rank one Kokushibo.

Muichiro’s mark was first seen when he fought against Upper rank five Gyokko. When he was fighting his body heat increased and his heart rate increased immensely. His mark appeared on his body face and arms as a Mist-like design. The mark increased his overall abilities rapidly. His protection against poison increased and he single-handedly killed the upper-rank demon. But once mark vanished, he suffered from after effects and also the effect from poison.

Muichiro is one of those hashira who developed his own breathing techniques known as mist breathing. He became a master in the techniques by constantly training and applying the forms in the techniques. His style of fighting is so good that he defeated Gyokko’s upper rank five and also impressed Kokushibo’s upper-rank one who said that Muichiro’s Swordsmanship is beyond imagination. This technique has many forms some of them are, low clouds, eight layered mist, scattering mist splash, etc. These techniques are mostly use by him to attack demons and kill them instantly.