The official website for the anime project of Kohei Horikoshi’s My Hero Academia manga began streaming a promotional video for the manga’s Jump Special Anime Festa event anime on the Sunday. The video features the anime unknown villain. 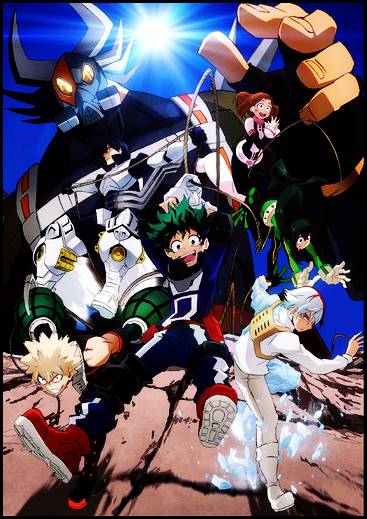 The anime debuted at the Jump Special “Anime Festa” event on 27 November and will ship on DVD with the limited edition of the 13’th volume of Horikoshi’s original manga on 4 April. The edition will also come with a 50 pages booklet featuring Horikoshi’s original storyboard for the anime, and original card’s for the Boku no Hero Academia Gekitotsu Hero Battle and Boku no Hero Academia Tag Card’s Game games.

Horikoshi wrote the episode original story which link’s the first season of the anime with the upcoming New second season.

The anime’s first season of 13 episode’s premiered on the TBS/MBS channel on 3 April. Funimation streamed the series in Japanese with the English subtitles in the United States, the United Kingdom, Canada and Ireland as it aired in the Japan.