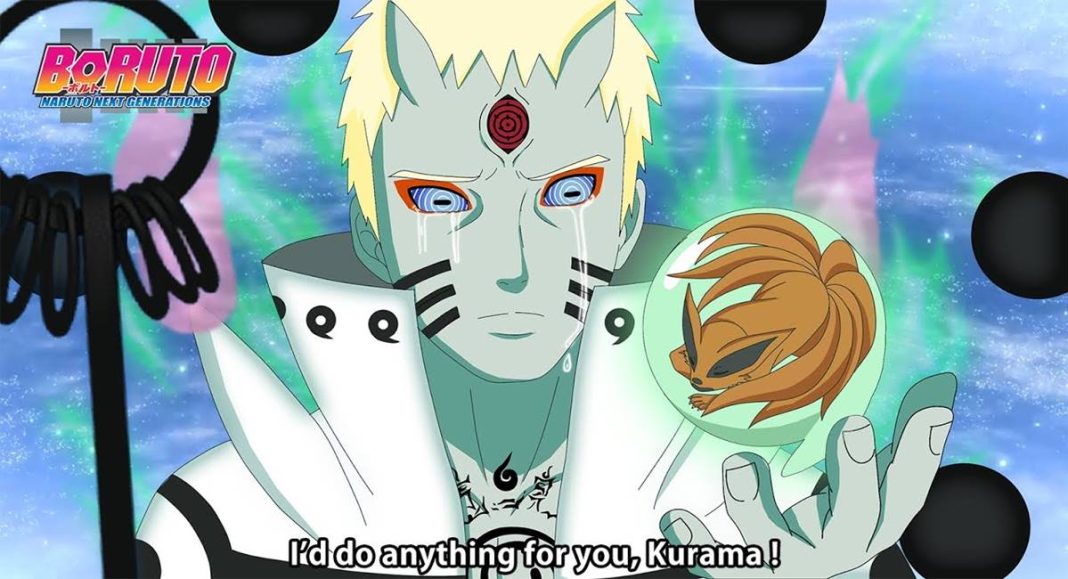 Naruto abilities without Kurama: One of the most significant figures in Boruto is Naruto Uzumaki, the Seventh Hokage of Konohagakure. Naruto, who is regarded as the strongest of all shinobi, with powerful abilities that, until recently, allowed him to battle even the Otsutsuki gods. He lost Kurama, his primary source of power, in the struggle with Isshiki Otsutsuki, therefore he isn’t as powerful as he once was. Nevertheless, Naruto is still quite strong and possesses a wide range of skills that he can employ to terrible effect.

Kurama’s influence as a jinchuuriki was used to Naruto’s benefit. He did, however, also acquire a number of independent talents. His chakras were exceedingly deep compared to those of other shinobi because he was an Uzumaki and an Ashura reincarnate. His body was also more durable and powerful. He is able to hone his abilities even more without Kurama. He can use each of his five chakras when in Sage Mode. And he has endless jutsu knowledge. He has access to all of the tailed animals as well. So let’s examine Naruto’s prowess sans Kurama.

The Effects of Naruto on Sensory Perception (Naruto abilities without Kurama)

Naruto Uzumaki’s enhanced sensory perception, which enables him to perceive things that ordinary people are unable to, is made possible by the Sage Mode’s strength. He gains knowledge of everything in the universe and a greater level of power when he combines the Sage Mode with his Six Paths chakra. The best sensory sense in the entire history of the story, without a question, belongs to Naruto.

Techniques that enable a user to enclose anything are known as fūinjutsu also called sealing jutsu. There is evidence to suggest that the Uzumaki family once possessed great mastery over this force. Even though Naruto isn’t very skilled at wielding this power, he does have a fair grasp of it, as seen by the fact that he was able to use the Torii Seal to capture the Nine-Tails. He has access to a number of more Fuinjutsu thanks to Shukaku’s power.

The five nature transformations are all available to Naruto.

Naruto was able to access all of nature’s transformations once he had mastered the power of the Six Paths. He has good mastery over the other types as well, despite the fact that Wind Release is his affinity. Earth Release ninjutsu has recently been observed being used by Naruto in Boruto. He will need to employ his ninjutsu arsenal more frequently now that he can’t rely on Kurama’s might.

As demonstrated during his battle with Kaguya otsutsuki, Naruto is able to perform Ink Creation due to the might of Gyuki. In order to tackle Kaguya first, he was observed putting this power into his Rasenshuriken. Naruto is still capable of using Gyuki’s strength because it still resides within him. He hasn’t used this power in the Boruto series yet.

The Kokuo, a five-tailed beast, is the source of Naruto Uzumaki’s third Kekkei Genkai. He can combine Fire and Water Release to form Boil Release thanks to this Kekkei Genkai, which is quite strong. As demonstrated during his battle with Kaguya Otsuki, its greatest strength is that it enables Naruto to temporarily increase his power to astronomical heights. He hasn’t used this power since the Fourth Great Ninja War, similar to Magnet Release, but he still retains it.

Shukaku’s chakra enables Naruto to perform Magnet Release Kekkei Genkai, just as Son Gok can use Lava Release thanks to his chakra. During the war, Shukaku also shared his chakra with Naruto, and as soon as Shukaku saw Madara’s limbo clones, he used Magnet Release to seal one of them. Naruto still retains access to this power, despite the fact that he hasn’t used it since.

Despite not having any Kekkei Genkai skills at birth, Naruto eventually acquired a couple of them as the series went on. Naruto may use his Kekkei Genkai as well because he has access to the chakra of Son Gok, the four-tailed beast. Lava Release was used by Naruto during his battles with Madara Uchiha, Kaguya Otsuki, and later Delta. His capacity to access this power is unaffected by Kurama’s chakra loss.

After Jiraiya’s passing, Naruto developed the ability known as Sage Mode in an effort to defeat Pain, the person who killed his master. With this skill, one can use the Senjutsu chakra, a particular kind of chakra that helps one connect with nature. It significantly boosts the person’s power, as is to be expected, and Naruto is no exception. Naruto’s strength is multiplied by numerous times when he activates the ideal Toad Sage Mode.

Naruto can still access the chakra of the tailed beast.

Despite losing Kurama, Naruto still has access to the other Tailed Beasts’ abilities. He was given a piece of each Tailed Beast’s chakra during the Fourth Great Ninja War, and he has made heavy use of this strength ever since in all of his battles. Naruto recently used the power of the Four Tails in his battle with Delta. Despite Kurama being gone, he can still employ the abilities of the other Tailed Beasts thanks to his link to them.

Naruto may still use the Six Paths Chakra.

Naruto sustained half of the Sage of Six Paths’ power before the Fourth Great Ninja War, which enabled him to grow considerably stronger than he already was. As seen by Naruto’s initial use of it in the battle against Madara, this power of his may be used both with and without drawing energy from Kurama. With this skill, Naruto should still pose a threat to most characters, although being weaker than before.

However, Naruto’s unexpected choice is to serve as a jinchuriki for Ten-Tails, who are protected by Code. In the end, Naruto is already excessively strong even without Kurama. And since he’s not around, it is the ideal moment for him to practise and advance his skills.