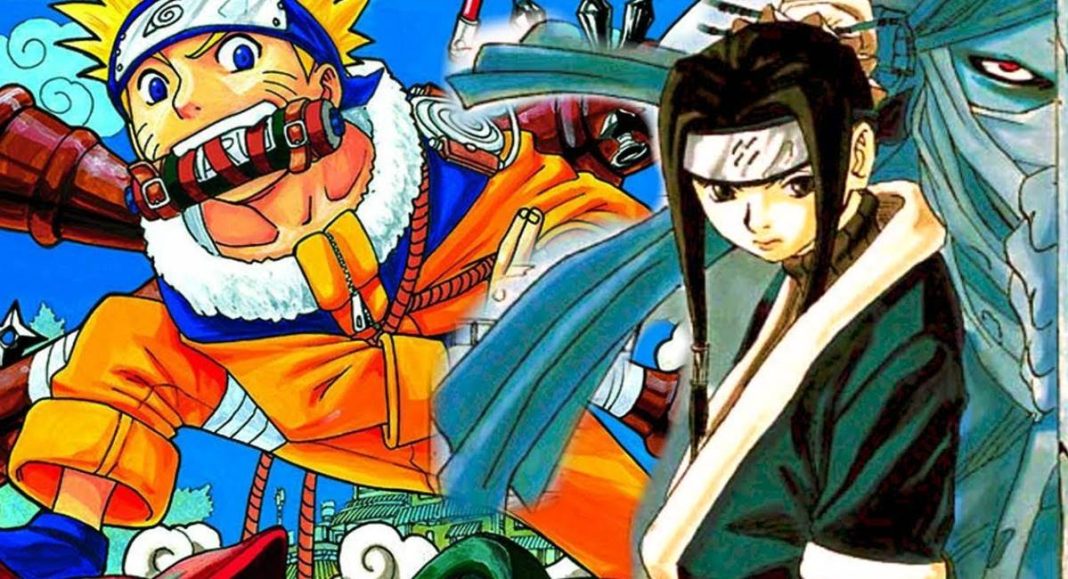 Naruto Arcs in Order: Among the popular franchises in the world is the Naruto series. The Naruto Uzumaki TV series centres on a teenage ninja who aspires to lead his Hidden Leaf village as Hokage. He done a lot of effort into getting stronger despite having the Nine-Tailed Fox locked inside him and being avoided as a result.

The anime aired from October 3, 2002, to March 23, 2017, together with the follow-up Naruto Shippuden, lasting 15 years. Numerous plot arcs came with the television show. The Naruto Shippuden series’ complete list of narrative arcs is presented below.

Episodes 1 through 19 of the original Naruto anime were devoted to the prologue, Land Of Waves. The first real task Team 7 undertook brought them into contact with Zabuza and Haku, the series’ most popular villains, which is how fans will always remember the show’s premiere. Because Zabuza ultimately understood what was actually essential to him,

this arc demonstrates Team 7 beginning to grasp the seriousness of being a ninja as well as the fact that not all ninjas fit neatly into categories of “evil” and “good.”

In the initial Naruto anime, the Chunin Exams Arc covered episodes 20 to 67. In order to pass their chunin exams, the ninja had to complete some of the most difficult tasks possible, including learning how to properly cooperate and taking part in combat in the Forest of Death that nearly cost them their lives. As well as introducing Gaara, Temari, and Kankuro,

this arc also included Orochimaru’s first public outing and a complete presentation of the Kohona 11.

From episodes 68 to 80 of the first Naruto anime, the Konoha Crush Arc took place. The Hidden Leaf was assaulted by Orochimaru before the final phases of the chunin exams could begin. The Third Hokage, Hiruzen, and his student fought to the death against Orochimaru. Even though he died in the end for nothing, the effect he had on the other characters, notably Naruto, could be felt all over the village, and this served as the catalyst for the subsequent story arc.

From episodes 81 through 100 of the first Naruto anime, the Search For Tsunade Arc took place. The search for a new Hokage to step into the Third Hokage’s shoes started after his passing. Itachi Uchiha, Sasuke’s brother who slaughtered his entire clan,

was revealed to be a member of the Akatsuki, which made its debut at this time. Jiraiya accompanied Naruto on his travels, during which he trained to become a Rasengan master and engaged in a recruitment battle with Orochimaru.

Episodes 102 to 106 of the original Naruto anime were devoted to the Land of Tea Escort Mission Arc. It served the purpose of a filler arc by following Team 7 on a mission that wasn’t addressed in the manga. To assist genin from the Hidden Leaf, Idate Morino, in winning a race, was the plot’s straightforward goal. The lack of jonin caused by Orochimaru’s attack on the Hidden Leaf is the cause of this,

leaving Team 7 as the only viable option to assist the Wasabi family on an escort assignment.

In the first season, the Sasuke Recovery Mission Arc spanned episodes 107 to 135. Sasuke desired greater power after Itachi referred to him as weak during the Search for Tsunade and Orochimaru gave him his curse mark during the chunin examinations. He made the decision to leave the town in order to accomplish this,

which prompted the Hidden Leaf’s Konoha 11 to go in search of him with the directive to prevent him from joining Orochimaru under any circumstances. This plot arc, the final canonical arc in the original Naruto series, is where Naruto and Sasuke first clashed at the Valley of the End. The other arcs were filler.

Episodes 136 to 141 of the first Naruto anime were devoted to the Land of Rice Fields Investigation Mission Arc. Only Naruto and Sakura remained on Team 7 when Sasuke left and defected to Orochimaru’s side. In an effort to learn more about Sasuke at this point, Jiraiya assumed control and the group put off on a journey to find Orochimaru.

Episodes 142 through 147 of the original Naruto anime were devoted to the Mizuki Tracking Mission Arc. Naruto learned about the sacred ninja scroll that contained the Shadow Clone Jutsu

from the first adversary, Mizuki, who was also the one who gave Naruto the information. With Naruto’s assistance and backing, Iruka is able to reclaim Mizuki in this story arc.

From episodes 148 to 151 of the first Naruto anime, the Bikochu Search Mission Arc took place. Naruto joins Team 8 rather than forming a group with Sakura or the other members of Team 7 so he can assist in the hunt for the rare bikochu beetle,

an insect that was employed by the Aburame clan and has the ability to find everything that has been lost. Sasuke’s forehead protector would be used by Naruto to track down Sasuke using his scent. The comic overtones of the story arc and the entrance of four rarely seen characters—Shino Aburame, Hinata Hyuga, Kiba Inuzuka, and Akamaru—were warmly welcomed.

Episodes 152 through 157 of the first season of the Naruto anime were devoted to the Kurosaki Family Removal Mission Arc. This time, it served as a comic filler arc and featured Team Guy and paranormal events. Jiraiya is nowhere to be found, even though Naruto only wants to train.

He agrees to assist Team Guy in their mission to deal with the Kurosaki family, specifically a jonin from the family by the name of Raiga Kurosaki, as he has nothing better to do.