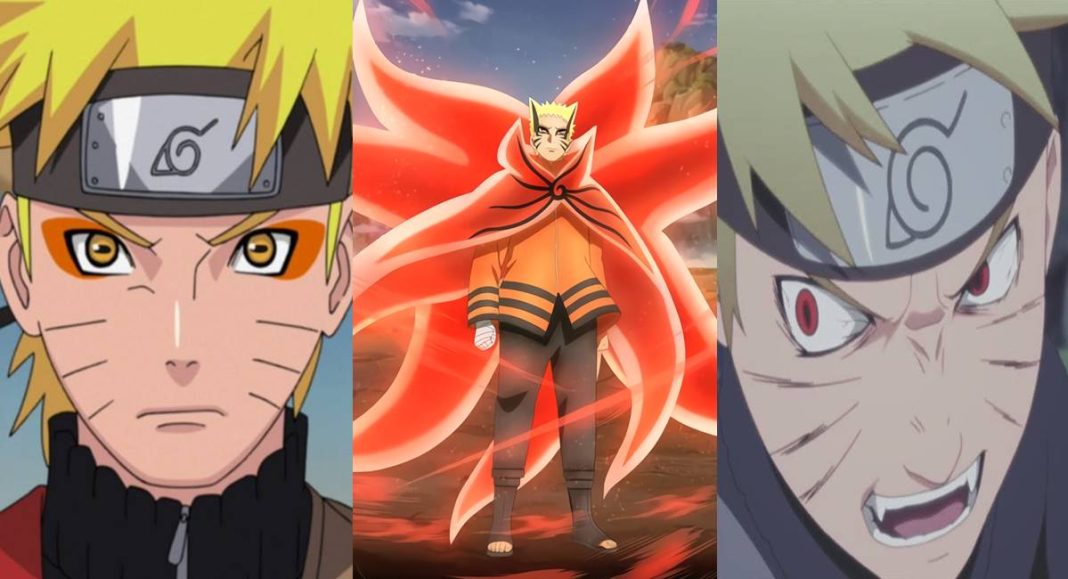 Naruto Character Traits: Unquestionably, in the Naruto universe, Naruto is a special kind of ninja. He has a fox demon locked inside of him, eats largely ramen, and develops techniques that no one else would ever think to develop, to name a few things. There isn’t a shinobi like him in the world. The conventional traits of a normal protagonist are, nonetheless, present in abundance in Naruto.

Although he has a sob tale from his youth about being an abandoned orphan, he persists in his goals despite this. Even while it sounds quite generic, he does at least have his own special qualities to counterbalance it. Now let’s see the unique character traits of Naruto.

Naruto had a lofty goal that he desired to achieve, just like kids everywhere else. And during the entire series, he kept saying that his dream was to become the Hokage. It is understandable and highly typical to have leadership aspirations. In many ways, Naruto’s aspiration is comparable to how young children often declare their desire to become president when they grow up, although not fully realizing the obligations that come along with the position.

The majority of Naruto’s shinobi friends use the conventional techniques of taijutsu, ninjutsu, and genjutsu to win or lose conflicts. Naruto will frequently use hilariously brilliant tactics that are not necessarily planned rather than doing the same. Naruto accidentally passed gas in front of Kiba’s nose during their Chunin Exams fight. Kiba’s nose is 1,000 times more sensitive than the typical nose. Although unintentional, this gave Naruto the advantage he needed to win the fight.

The idea of having a catchphrase is quite common and generic, yet a signature catchphrase can set one hero apart from another. “Believe it!” is Naruto’s catchphrase. Additionally, this was a shortened version of his mother’s own catchphrase, which is hard to believe. It stands for the bold goals of Naruto and the Uzumaki Clan.

It’s no secret that Naruto eats, breathes, and loves ramen. He is called after the “narutomaki,” a fish cake with a pink swirl pattern that is frequently used as a ramen topping. And while ramen had an influence on the name of Naruto,

Naruto also had an impact on the ramen business. He promoted his preferred ramen restaurant, Ichiraku Ramen, and popularised the narutomaki after rising to the position of Hokage and becoming the town hero.

Overcame His Teachers in general

Throughout his ninja training, Naruto had a number of instructors who imparted both useful life lessons and combat skills. Kakashi taught him the importance of ties between allies, Jiraiya introduced him to the Rasengan, and his academy teacher Iruka taught him the fundamentals of being a ninja as well as compassion. They would all eventually fall short of Naruto.

Interestingly, Naruto has had distinct whisker-like markings on his face from infancy, in keeping with the Nine-Tailed Fox motif. This is most likely caused by the fact that Kushina, Naruto’s mother, was the jinchuriki of the Nine-Tailed Fox while she was carrying him. Then, his offspring Boruto and Himawari inherited this unusual quality.

Has a Competition (Naruto Character Traits)

Any character can have a competitor, therefore this is certainly not unusual. In addition to Sasuke, Goku and Deku also have Vegeta and Bakugo, respectively. Sasuke and Naruto have always had a really intriguing dynamic to their rivalry where they appreciate each other’s strength while yet fighting as though they were prepared to kill each other. Sasuke had truly made up his mind to murder his opponent at one time, but Naruto was able to turn him around.

Has a unique friendship with the demon living inside of him.

The traits that a person battles with inwardly are typically referred to as inner demons. Naruto, however, has a real fox spirit that has been locked inside of him as his inner demon. Kurama, the Nine-Tailed Fox, is not as evil as demons are depicted to be, contrary to what everyone initially thought. Instead, after the Konoha incident, he had grown wary of people, and it took his jinchuriki, Naruto, to help him change his mind.

A character may have a tragic past, such as being an orphan with no family to turn to, in order to make the audience feel sorry for them. Naruto never experienced what it was like to have a father or mother, as both of his parents passed very shortly after he was born in order to rescue the village. Iruka, a traditional father figure, did care for him, nevertheless.

Was Abused by Everyone in His Village

Few people can swear that their entire town has ever harboured hatred for them. Unfortunately, Naruto had to deal with this particular reality. Naruto was perpetually shunned by his community since he had the fox who wrecked Konohagakure trapped inside of him. The people held a hatred against him even though he had nothing to do with the village’s devastation and until he proved them wrong.

In his constant effort to see the best in everyone, Naruto is an extremely nice person. Because he is always willing to assist those in need, he never makes fun of or picks on individuals just because they are weaker than him. In addition, Naruto is a devoted friend and ally who will do whatever it takes to support them. He was determined to bring Sasuke back as a vow to Sakura when he departed Hidden Leaf Village. This subsequently became his own wish as he understood the motivations behind Sasuke’s spiteful behaviour and admitted that, despite everything that had transpired, Sasuke was still his best friend.

All the meantime, Naruto is fervent

He’s one of the best characters ever because of that, in my opinion. Any challenges he meets is overpowered by his tenacious will. Naruto distinguishes himself from all other ninjas due to his fiery nature and power. Naruto is a wonderful character because of his good nature

and unflinching commitment to defending those who are closest to him. It’s difficult not to support him because he consistently sets objectives for himself and works hard to attain them. Ninja Naruto constantly stands up for what he thinks is right. Everyone should try to model their enthusiasm after his.