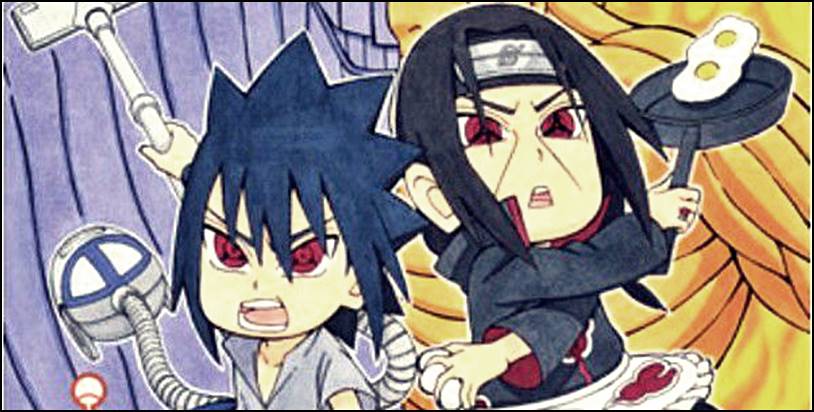 The May issue of Shueisha’s Saikyo Jump magazine published the last chapter of Kenji Taira’s Naruto Chibi Sasuke’s Sharingan Legend (Uchiha Sasuke no Sharingan Den) manga on the Saturday. The manga’s 3th and final compiled book volume is slated for July. The manga is a comedy spin off series of Kishimoto’s Naruto manga.

The magazine revealed in February that the manga was approaching its climax.

“Sasuke no Sharingan” Den revolves around Sasuke Uchiha, a user of the Sharingan eye. Although Sasuke Uchiha is usually cool, he also has a humorous side to him.

Taira’s other Naruto spin-off, Rock Lee no Seishun Ful Power Ninden, ran in Saikyo Jump from the 2010 to 2014. The manga inspired the 51 episode Naruto Spin-Off Rock Lee & His Ninja Pals anime series in 2012 – 2013, which Viz Media and Crunchyroll both streamed as it aired.