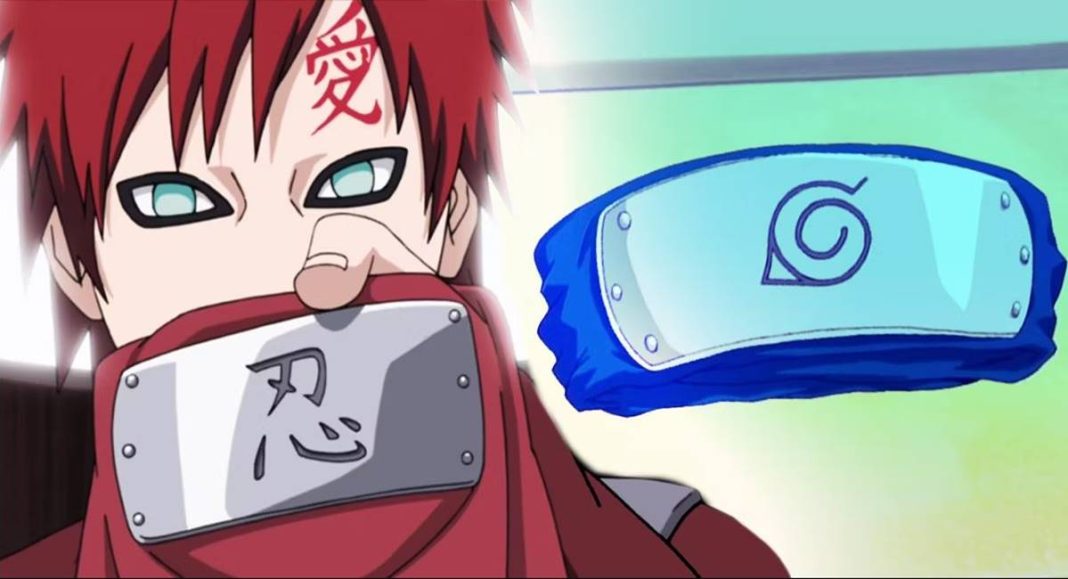 Naruto Headband Symbols Explained: Hi Everyone how are you all, you have recently started watching anime then you must be watching because of the popularity of this anime named Naruto, yes the legendary anime that made us watch the anime is this one.

This anime features some of the best fight scenes anime history has ever witnessed and made this anime more famous. Naruto has some remarkable characters and story arcs that everyone loves which is why this anime became popular all around the globe and people can relate to the anime so much. There are many clans in groups in the anime that have some special powers or symbols that make them stand out from others. One such thing that makes people stand out is the Headband that is worn by them in order to stand out and show respect.

The headbands which are given in Naruto is called “forehead protector,” which is given to Ninjas, who graduated from the academy, to symbolize their journey to becoming a ninja.

One more thing that makes naruto more iconic is the character and costume design, the headband is the most important piece in Naruto’s world-building, as it helps in identifying the characters and what they do. Naruto’s headband is called a “blow guard” given to shinobi who graduated from the academy to symbolize their journey to become a ninja. Some are carved to symbolize a certain hidden village, while others have other additional details that symbolize loyalty to the village.

Lowest in the class of shinobi lie the Genins, and they wear this headband, and it shows the feature of the symbol of the village from where they come from. The first one which is shown in the anime and one of the most famous is the one worn by the shinobi from the Hidden Ninja Village, which is a symbol of the leaf. Some of the other symbols that go into this category are the headband worn by the Rain Village is Four lines, The grass Village Lightning is The one from Sand Village and the diagonal one from Mist Village is four lines. The headband worn by Naruto is a Military headband.

So basically a strikethrough headband is nothing but a headband that is simply being cut or slashed and it is done in order to show that some shinobi have announced their allegiance to the village they are from. They are mostly identified as the ones who are rogue or dont care about the rules and regulations of the village they belong to. The headbands are made popular by the famous Akatsuki, a group of shinobis who came to destroy the hidden leaf village. These bands became famous due to this group in the anime. This group of shinobis who stood against the village and challenged the whole ninja world were one of the strongest evil groups in the anime.

Another one of the best bands in the anime is this headband. The thing which makes these headbands so special is that unlike other headbands there is a special symbol embedded on eh top of the metal plate and it looks quite impressive. These headbands symbolize that Shinobi Forces across the villages are allied and they will come together when there is a danger in the world, which can be seen when different villages come together to fight in the fourth shinobi war. The symbol on the top is the Kanji for the Shinobi as stated by the writer of the anime.

One of the most special headbands in the series and it is only worn by one ninja-Jiraiya. His headband is one of the most special and what makes it so special is that if he wears it no one would stop him from entering any village and he is known as the wandering sage in the many villages. His headband means oil, and it also symbolizes Mount Myoboku, the place where he belongs to. The headband is seen worn by him only which already makes it so unique in the first place. Jiraiya was one of the ninjas who was loved by everyone in the village and it is not a surprise if no one wants to harm him unless it is his enemy in the first place.

This headband is another one on the list which is quite unknown in the anime and is worn by the wandering Ninja Clan. The thing that makes this headband so special is that headbands have no symbol on them and these ninjas have no connection with any of the village or clan. They are only seen in the movie Naruto the Movie: Guardians of the Crescent Moon Kingdom. These symbols are also shown to be unknown due to the fact that these symbols are not even seen in the manga which is why these symbols are known by every anime watcher or manga reader.

So here are all the headband types which are used in the anime and i hope you all are all clear about them so until next time see you again.