As we have written previously, filler Sasuke Shinden will continue through the Naruto Shippuden 485, entitled Sasuke Shinden: Book of Sunrise – Coliseum, and will be aired on December 8, 2016. As a preview video that has been given last week, focused Naruto Shippuden 485 Reviewed Sasuke effort to find who mastermind the appearance of man-controlled explosive Genjutsu, and pointed it at one of the antagonists in the story of Naruto, Orochimaru.

The mission also become part of the purpose of his life at this time, seek redemption for the mistakes that have been done (because it is only someone with a Sharingan capable of running this mission), as well as seeking mystery Ōtsutsuki Kaguya. Here’s a preview of Naruto Shippuden 485:

The mission given to him, find out who the mastermind behind the explosive emergence of humanity, which is none other than the Konoha shinobi who has disappeared, in line with the objectives Sasuke to protect Konoha. Episode 485 will show how Sasuke who was accompanied by two ninja who met during the trip, Chino and Nowaki, looking for where the headquarters of Orochimaru.

Sasuke believe, with Sannin very well known through many experiments with humans (including also create Mecha Naruto to catch Kurama), should have information that would lead to the emergence of a human puppeteer explosives attacked Konoha. 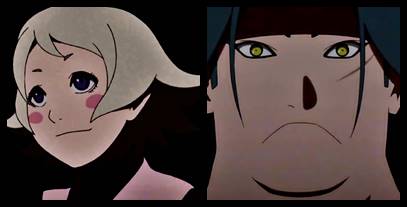 For Genkai Genkai, Genkai Genkai are abilities passed down genetically in specific clans. And it allows for shinobi to have more than one of these abilities.

It’s just that there are some rich people are lusting over these capabilities, and even those hired shinobi to fight each other in a tournament at the coliseum, where the winner (tenant wins) can take both shinobi fight for itself, with clear , get the capabilities shinobi lost. In this case, Sharingan Sasuke to be the target in the middle of the coliseum tournament.

Here’s a little explanation of the two most important characters filler Sasuke Shinden (some other characters associated with this filler, including Orochimaru, Oyashiro, Yamato, and Karin, we will explain its role in the next article).

But after knowing all members clannya turns eradicated enemy, and angry at the treatment Oyashiro, Chino vague and find his own way. Along the way, he met Nowaki. Both later collaboration and joint ventured, stealing from the rich to survive hiduo. But because of grew up with hatred by Oyashir, Chino now also also foster hatred to the Five Great Shinobi Countries, which he blamed for letting clannya destroyed.

At first glance seem like a child Chino shy, but behind it, he was very cold and hateful. His age also, supposedly, older than Sasuke. When I first met Sasuke, he immediately protect it from attack residents who mistook as a member of Dark Thunder Group. Chino also gave him information that the group may be responsible for the strange phenomenon of the disappearance of many shinobi in Konohagakure, Kumogakure, and Kirigakure.

Chino has a very important role in the story Sasuke Shinden. Moreover, if you are observant, her past exactly like Sasuke. Growing up with hatred for his clan destroyed, inciting hatred, and determined to avenge those who caused the destruction of his clan. Naruto Sasuke has that brought these mistakes, how to Chino? What purpose good attitude to Sasuke?

Chino itself including Kunoichi is very strong. He has Genkai Genkai Kerryūgan, which enable it to manipulate blood and also has advantages in genjutsu techniques.

During his journey he meets Chino, and the two began running together, interdependent and built a close relationship with the aim of avenging the village and the people who have treated them unfairly.

Just like Chino, Nowaki initially be polite and shy. However, in the depths of his heart, he harbored a deep hatred to those who have a higher authority. In addition, she accidentally showed the look and attitude of infantile plain-kananakan important for purposes related to the fact that you anticipate at the end of this Shinden Sasuke filler.