Naruto Shippuden Arc For Adaptations of 3 Novels Continues Through February 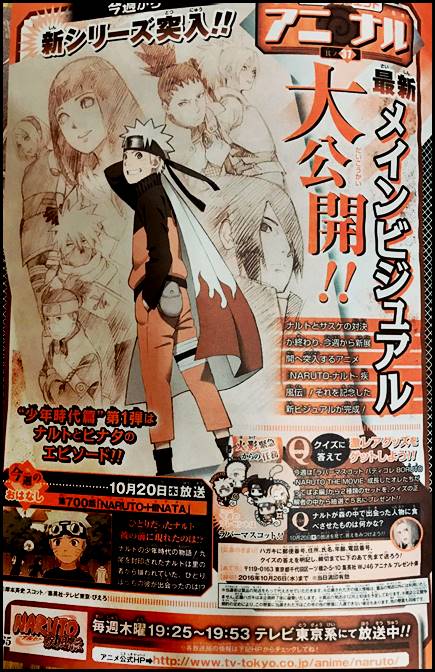 The second compiled book volume of Ukyo Kodachi and Mikie Ikemotos Boruto manga revealed on Friday the premiere date for the rest of the arcs of the Naruto Shippuden anime that will adapt three conclusion novels in the Naruto franchise.

The anime previously aired an anime original Boyhood arc that focused on the pasts of two character’s in each episode. The arc ran for 4 episodes from 480-483, from 20 October to 10 November. The anime did not air on 17 November and 24 November due to special programming.