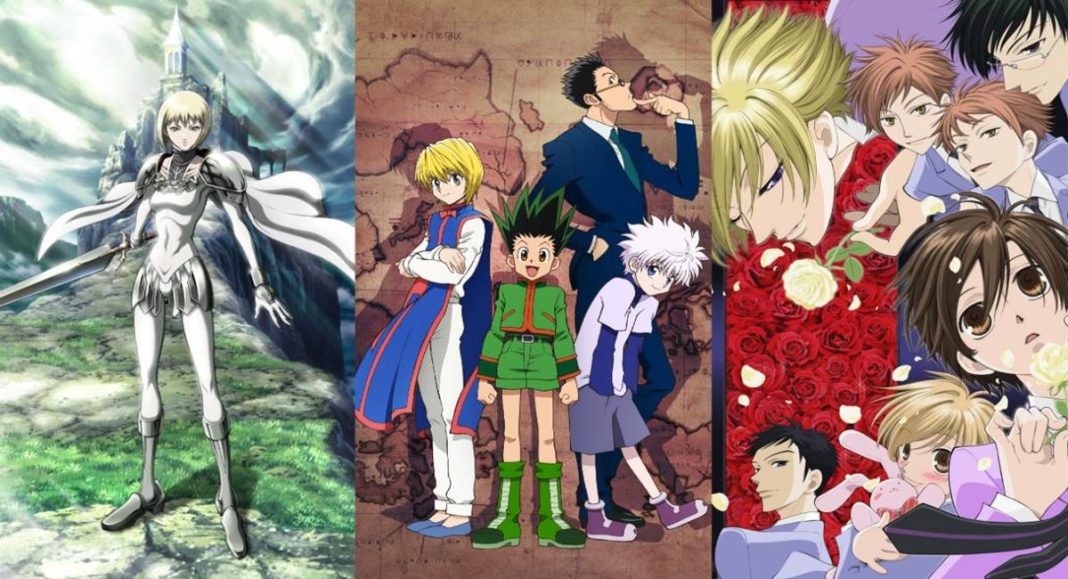 Netflix Strikes Anime Deal With Nippon for 13 Titles: After previously signing distribution agreements with Netflix for reality, drama, and entertainment series, Japan’s Nippon TV is deepening its partnership with the streaming service by granting the platform a non-exclusive license for 13 of its most well-known anime movies.

Some programs will reach a bigger audience than others, most notably Hunter X Hunter, the first 38 episodes of which will be added to Netflix on September 1 in 104 nations, for example, Spain, Italy, Finland, Turkey, South Africa, Saudi Arabia, and UAE. The Ouran High School Host Club and Claymore will both launch on the same day in 190 and 136 countries, respectively.

The new relationship expands on earlier agreements for the reality television show Old Enough! from Nippon TV as well as 30 of its most popular drama series and entertainment programs that Netflix now streams in Asian markets.

The anime push on Netflix has recently been vigorous. In a previous interview, Kohei Obara, the streamer’s director of anime, claimed that by 2021, 50% of all customers would use the service to watch anime.

Regarding announcement, Akane Inoue, Anime Sales, and Licensing, International Business Development, Nippon TV said, “Given the enormous popularity of Old Enough! around the world as well as the fact that our drama series and entertainment shows are streaming to sizable audiences in Asia, we are very honored to be announcing this new arrangement with Netflix for some of our beloved anime series in our collection. At Nippon TV, where we have been creating successful anime series like Hunter X Hunter, Death Note, and many others for many years, anime has been a major driving force. The time could not be more ideal for this exciting relationship with Netflix, given the global popularity boom that anime is currently experiencing. These movies will undoubtedly be the talk of the world among anime enthusiasts.

Akane, who manages Nippon TV’s anime sales and licensing, emphasized that these titles have fans all over the world. The success of a comparable agreement that the two parties entered into for “Old Enough” served as the model for this collaboration.

It’s interesting to note that Nippon TV and Netflix have collaborated before. For “Old Enough,” Nippon TV’s most comprehensive drama series, it secured a contract with the streaming behemoth. In 190 nations, “Old Enough” can now be streamed thanks to the agreement. Along with “Old Enough,” 30 other series and entertainment programs were licensed as part of the agreement and were to be streamed in Asian nations.

As previously indicated, beginning on September 1, 2022, Netflix will begin streaming the 13 anime films listed below. Even though these films will be broadcast non-exclusively, not all of them will be accessible in all 190 countries.

The 13 anime films Netflix will stream on its site are listed below in the precise sequence they will be released:

Over the years, Netflix has received a great deal of appreciation for granting licenses to a variety of anime for viewers and for releasing numerous blockbuster original series, like Ghost in the Shell: SAC 2045, Tekken: Bloodline, Kengen Ashura, Vampire in the Garden, and many others.

Netflix has dominated the internet thanks to a significant partnership with Nippon TV, the nation’s top multiplatform entertainment company. Also relieving to fans is the idea that this significant move by the streaming behemoth will ultimately alter the otaku experience.