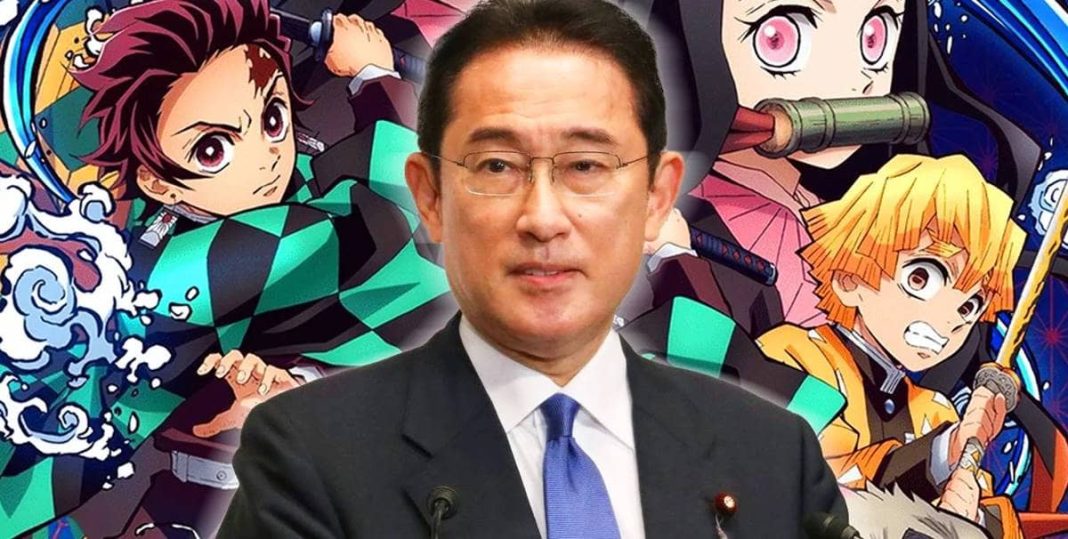 Fumio Kushida is the 100th Prime Minister of Japan. He said in a public conference that he will work to raise the income of all the people involved in the Japanese soft power industry such as Japanese anime, manga, and movies.

He said that even though animes and manga are popular across the world it is still a low-paying industry.

The 100th Prime Minister of Japan is also a big Demon Slayer fan. He admitted that he has read all the volumes of Demon Slayer Manga.

If you don’t know, Akaza is one of the twelve upper moons. Akaza was the main antagonist of Demon Slayer’s film.

Demon Slayer season 2 is very near. The release date for the Entertainment District Arc and the Mugen Train Arc has also been announced.

Season 2 of Demon Slayer will be available on Funimation and Crunchyroll.