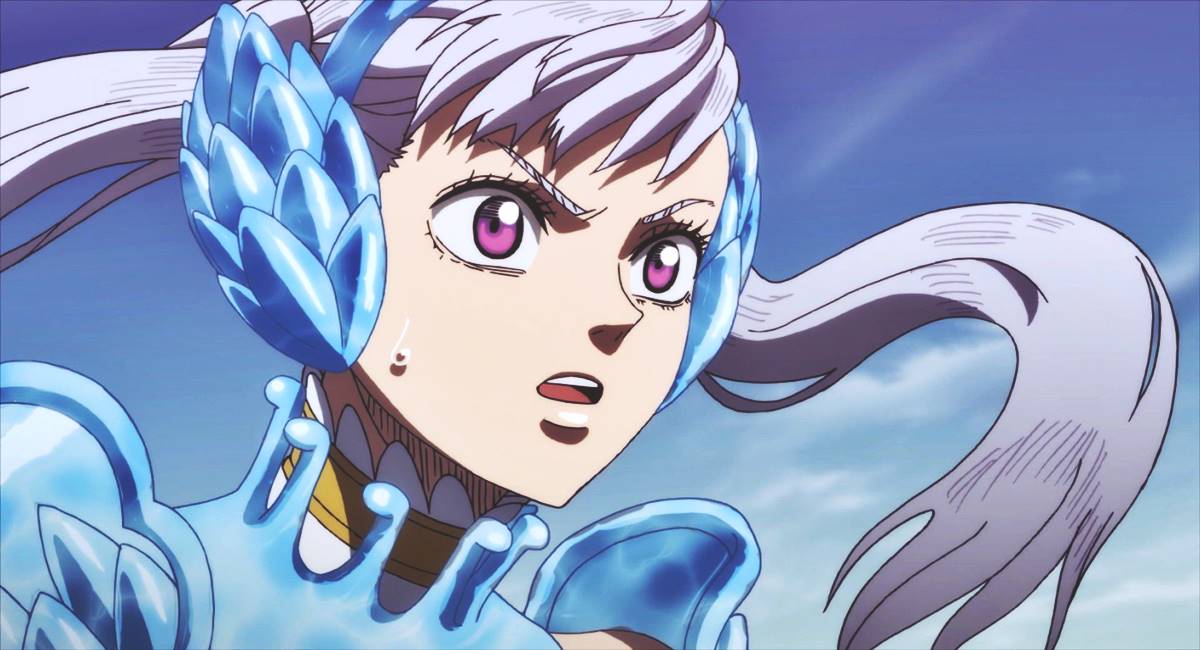 Noelle Silva: In this article, we will talk about the facts about Noelle Silva. As the second season of Black Clover draws to a close, the show is attracting a lot of new followers. Here’s everything there is to know about Noelle.

As the second season of Black Clover draws to a close, the series has gone from being one of the most divisive in the anime world to acquiring a sizable following. Though it’s a long way from being the next “King of Shonen,” it’s nevertheless managed to give us a fantastic 100 episodes about a world of magic, social class difference,

and epic battles requiring amazing collaboration. However, despite Asta being meant to be the series’ protagonist, he hasn’t had nearly as much screen time as Noelle Silva,

the series’ deuteragonist. She’s a member of House Silva’s royal family and, according to series creator Yuki Tabata’sdevelopment, she’s undoubtedly the most interesting character in the series. Here are ten facts about Noelle, the haughty water magician, that only real fans would know.

1. NOELLE SILVA HATED BY HER SIBLINGS

Noelle is indeed a princess, and as such, one would assume she had a privileged childhood. But, growing up with her siblings Nozelle, Solid, and Nebra, her life was a bit of a mess. For a variety of reasons, they frequently picked on her and mocked her. Noel appeared to resent her primarily because their mother died in childbirth while giving birth to her, and he stated that he wished Acier had lived while Noelle died. She’d be sent to the Silver Eagles, where she’d be ignored until she decided to join the Black Bulls to better herself and get away from her family.

Noelle’s inability to control her power is one of the series’ first gimmicks. She’s more of a defensive mage at first because barriers are the only thing she knows how to do. Offensive spells always end up hitting an unintended victim. She eventually overcomes her mental impediment and joins the Black Bulls as a powerful ally. However, it turns out that her inability to control her magic is due to her lack of practice. Nobles tend to look down on the need for practice, hence she was never able to figure out how to regulate herself despite having massive quantities of mana surpassing most of the Bulls.

Noelle is the Black Bulls squadron’s worst chef, according to the official Black Clover guidebook. This isn’t surprising, given that Noelle’s upbringing as a noblewoman means she’s likely never had to work. In fact, as a new member of the Bulls, she first put all of her work and tasks onto Asta, arguing she shouldn’t have to because “she’s royalty.” Asta, to be fair, excelled at almost all of them as he learned how to manage household chores with the help of his carers.

4. ONE OF THE MOST POWERFUL MEMBERS OF HER TEAM

The Black Bulls have become one of the most rapidly rising Magic Knight Guilds, despite being a collection of commoners and oddballs. They’ve gone from being the last rated Magic Knight guild to the second-ranked in a single year

thanks to the Midnight Sun’s manipulations and Asta’s addition. Except for Noelle, the majority of their successes are the result of combination attacks and teamwork. Except for Asta and Yami, Noelle is usually always the most powerful player on the field, with vast reservoirs of untapped mana just waiting to be conquered.

5. NOELLE SILVA IS RELATED TO HER ROMANTIC RIVAL

Noelle has a crush on Asta from the start, recognizing how cool he is on their first assignment. Unfortunately for her, Asta is quite popular with ladies, and he appears to be continually capturing women’s attention through his heroic attempts. Mimosa, though, is Noelle’s most notable adversary for Asta’s affections. Because of their Silva kinship, Mimosa is a distant cousin to Noelle as a member of the Vermillion family. They grew up knowing each other and eventually joined two opposing guilds, but they are still linked by their familial ties… and a crush on Asta that none of them can express.

6. NOELLE SILVA ARE BEST FRIENDS WITH A MERMAID

Not literally, but figuratively. During the Underwater Sea Temple arc, Noelle and the other Black Bulls are sent on a mission by the Wizard King to meet a submerged society of people. Their mission is supposed to provide them with one of the magical stones sought by the Midnight Sun terrorist group,

but they’re forced to compete in a mock tournament to get it. While there, Noelle meets Kahono, a young woman whose magical skill is her ability to sing, and the two become great friends after narrowly avoiding an attack by a Midnight Sun mage. Is there such a thing as a wonderful beauty that lives underwater and sings a spellbinding song? It sounds a lot like a mermaid.

Noelle is characterized as appreciating bothersome yet cute things in a character description from the first volume of the Black Clover manga. This is demonstrated early on when she encounters Nero, the anti-bird

who follows Asta around due to his lack of magical abilities. Despite Nero’s apparent desire to peck and bother Asta as much as possible, Noelle is charmed by its eyes and wishes to care for it, promising to do so several times. She even tries to name the bird “Silvantus Schnauzer,” but Luck’s plain “Nero” suffices better.

8 . IS VERY DISHONEST WITH HERSELF

Long-time anime fans would refer to this as “tsundere,” or a person who appears cold and violent on the outside but is genuinely caring on the inside. This is a characteristic that Noelle exhibits practically all of the time. She’s head over heels in love with Asta, but she won’t admit it or tell anybody else.

9. DAUGHTER OF A FAMOUS WARRIOR

Noelle is a member of the Silva family, and the Clover Kingdom’s royals are recognized for serving in the army to safeguard the country. Noelle’s mother was the same way. Acier Silva was a fearsome fighter with a reputation for bravery on the battlefield. She was in charge of teaching Mereoleona Vermillion, one of the Magic Knights’ most formidable members,

and while Mereoleona is said to have “never been vanquished,” she was never quite able to defeat Acier in battle. Much of Noelle’s tale revolves around achieving the same amount of status as her mother as a wizard and eventually surpassing her.

Noelle develops a new ability amid the battle against the brainwashed Magic Knight royalty. It’s known as the Valkyrie Dress, and it’s a water creation spell that wraps her entire body in magical water armor. This “dress” gives her a lance that can push through hostile spells

and lets her produce her spells to fight back, giving her a tremendous gain in defensive and offensive skills. This ability was first demonstrated by her mother, Acier Silva, and it symbolizes a new level in her development and ambition to outperform her mother.