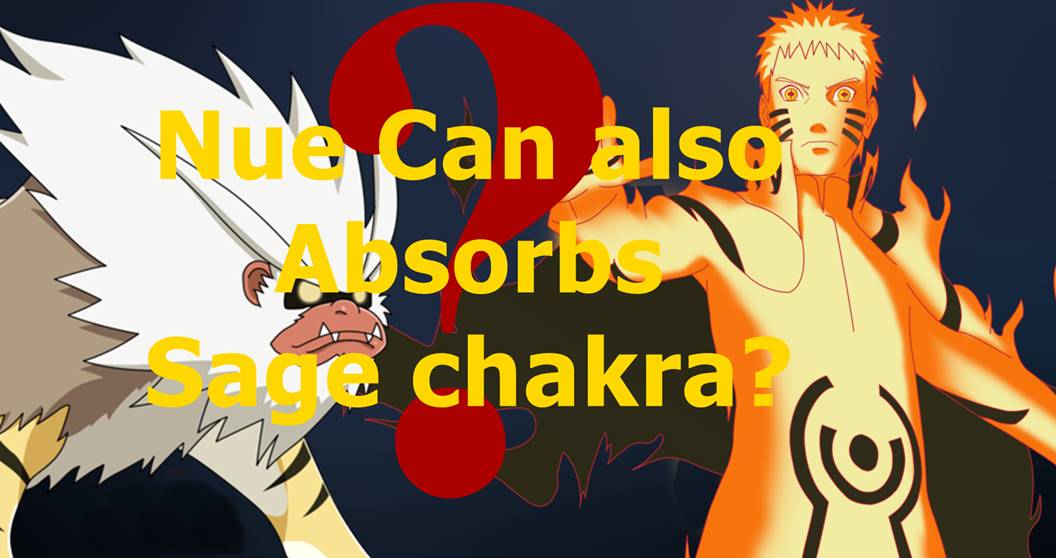 Nue: In Shippuden we learned that if someone absorbs nature energy

Nue: incorrectly or overdo then it would turn them into a stone toad. This was shown during the

Naruto was in sage mode, this results in the pain turning into a stone toad.

So if Nue was to absorb Uzumaki Naruto Chakra while Naruto himself was in sage mode,

then surely Nue would turn into a stone toad. So Naruto could have to stop Nue by just In fiction, plot error is a gap or incompatibility in a storyline that goes against the flow of

For example: it would be a plot hole if, for whatever reason, the upper-level ninja in

Hidden Leaf were unaware or uninvolve in this crisis and didn’t try to resolve it, but they

did Uzumaki Naruto himself actively attempting to resolve it when Nue appeared.

In this case, Uzumaki Naruto activates his Nine-Tails Chakra Mode, not sage mode, in order

to attack Nue, and was warn not to because it might absorb his chakra and grow bigger

and explode. This is sound logic.

and Even assuming naruto thought of using the Sage mode to attack, let’s look at the

logistics of that. Sage mode has to hold still to create sage chakra. In regards to Pain, he

had Uzumaki Naruto in a headlock and absorb his chakra. Naruto used this to his

advantage to feed the sage chakra that caused it to become a stone toad. buses stack on top of each other.

Needless to say, only the hold still and let it overeat is not a sound method of

combating that, and attacking it clearly in sage mode Chakra would not guarantee

stone toad. The long and short of it is, Uzumaki Naruto’s vast power and ability

Nue managed to absorb his chakra.