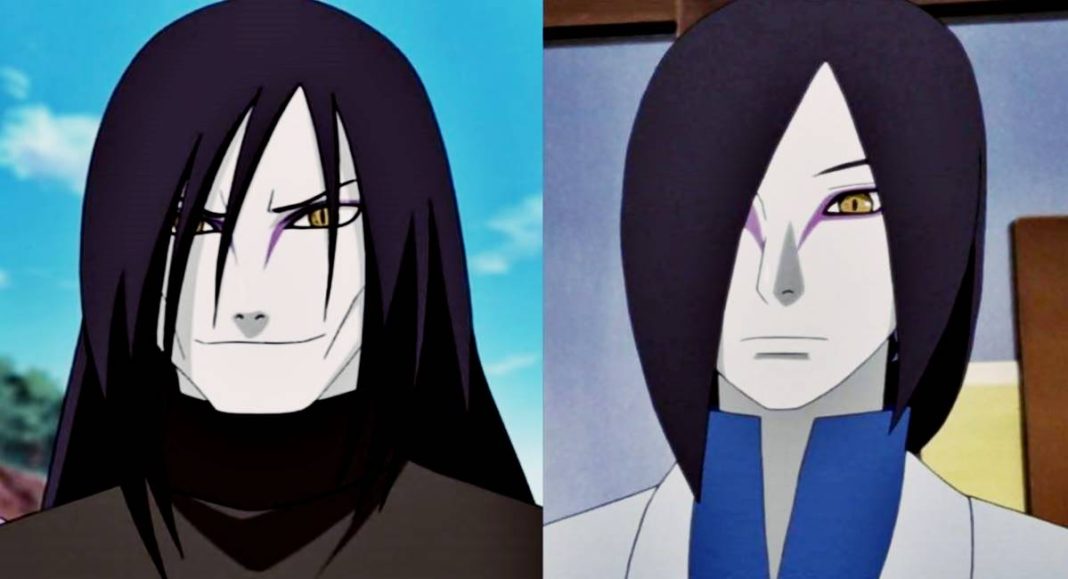 Orochimaru is a fictional character from the Naruto manga series by Masashi Kishimoto. Orochimaru is a former ninja from the village of Konohagakure who is well-known for his powers in anime and manga… He is a former member of the terrorist group and one of the three Legendary Sannin.

Orochimaru defected from Konoha rather than be persecuted for his ambitions after being caught red-handed performing unethical experiments on his fellow citizens for the sake of immortality,

and for many years had passed as he plotted the village’s demise in order to take vengeance and demonstrate what he had learned. He is one of Naruto’s most repulsive antagonists, having shown no remorse for his actions and damaging innumerable lives. When it comes to Orochimaru,

one might make a laundry list of all the crimes he’s perpetrated. He is one of Naruto’s most repulsive antagonists, having shown no remorse for his actions and damaging innumerable lives. It’s for this reason that it’s so weird that he’s been rehabilitated in Boruto. In this article, we will discuss on top ten facts about Orochimaru

Orochimaru no longer felt the need to disguise his experiments after Minato took the title of Hokage from Hiruzen, and then he became more daring. As a result, he kidnapped sixty youngsters to experiment with Hashirama’s DNA, with the help of Danzo. He dismissed the tests as a failure, oblivious to the fact that one of them had lived.

Shin never grew into the villain many predicted when he was initially introduce, but that does not negate the fact that Orochimaru was instrumental in his formation. Before harvesting his arm for Danzo, he put Hashirama cells and Sharingan into it.

The Sharingan was not just implanted in his arm; they were all over his body, leading to his eventual fascination with the Uchiha, which Orochimaru shared.

It’s always been a shame that Anko was underuse as a character, especially given her relationship with Orochimaru. Anko should despise Orochimaru for what he has done even more than Yamato and his other test subjects.

He took advantage of his position as her mentor, abusing her like he did so many others. She is one of the few characters who has been able to resist the impulses of her Cursed Seal while standing up to Orochimaru.

Orochimaru had always been obsesse with immortality, which prompte him to develop the Living Corpse Reincarnation, which allowed him to achieve that goal. It allowed him to keep his mind by allowing it to jump from host to host,

thus taking over their mind and body. The procedure was far from painless, and Orochimaru’s bodies rarely survived more than a few years due to a lack of chakra amount. It’s impossible to say how many times he used it on his hapless detainees.

5. Team Dosu is being sent as a sacrifice to put Sasuke to the test.

A recurring motif with Orochimaru is how many of his heinous deeds involve children, which, despite Boruto’s treatment of the character, should render him irredeemable. The purposeful sacrifice of three sound genin

who are simply brought to the Chunin Exams to test Sasuke’s strength is one of the first things viewers learn about him. They, of course, believe they are there to kill the boy, blissfully unconscious of their insignificance. All three kids are dead by the end, two of them by Orochimaru’s own hands.

It doesn’t hit as hard as the others since Kimimaro was completely content with being Orochimaru’s vessel, considering it as his sole purpose in life. His declining health caused him to berate himself, yet he’d do anything to serve his master. Regrettably, he was willing to risk his life for a man who didn’t give a damn about him. Orochimaru was solely interested in Kimimaro’s special powers and nothing else, demonstrating his selfishness.

Orochimaru used the Land of the Sea as a staging location for one of his hideouts. He planned to develop a ninja capable of fighting underwater here, similar to what Amachi, one of Orochimaru’s henchmen, had accomplished with Kaima form.

The user’s skin was altere, making them look more like fish than people. Regardless, Orochimaru became dissatisfied with the endeavor and abandoned it. Orochimaru’s ease with abandoning undertakings, despite the harm they cause others, is amazing.

8. Orchestrating The Rampage Of The Eight-Tails

Orochimaru was behind the last eight-tails rampage in Kumogakure, but it only happened in the anime. He pretended to be a doctor and duped Blue-B (Killer Bee’s predecessor) into ingesting genjutsu-inducing pills,

which allowed him to remove the tailed beast. While it isn’t official, it is an event that Orochimaru would relish, as he is constantly eager to push himself further. Blue DNA B’s was extracted from a severed horn of the eight-tails in this case.

The Iburi clan was feature in a filler arc in which Orochimaru manipulate them in the same way he usually did. He took advantage of their fear of turning into smoke by utilizing his cursed seal to help settle the situation.

They happily handed him test subjects under the premise of needing more research to improve the method. It was too late by the time they learned Orochimaru’s actual intentions. Except for Yukimi, they were all slaughtered as Orochimaru urgently sought a blood source that would offer him the power.

Yukimaru was able to control a portion of the three tails for unexplained reasons, which Orochimaru took advantage of. Kabuto was able to extend the period he could exert control by using pills he produced. He purposefully linked Yukimaru with Guren, another Orochimaru agent,

knowing that once their bond was sever, Yukimaru would lose control of his powers, allowing him to deal with both Akatsuki and Konoha. It didn’t work, but there’s no denying Orochimaru was a master manipulator.