Home ANIME Page One: Top 10 Facts about Page One From One Piece 2022 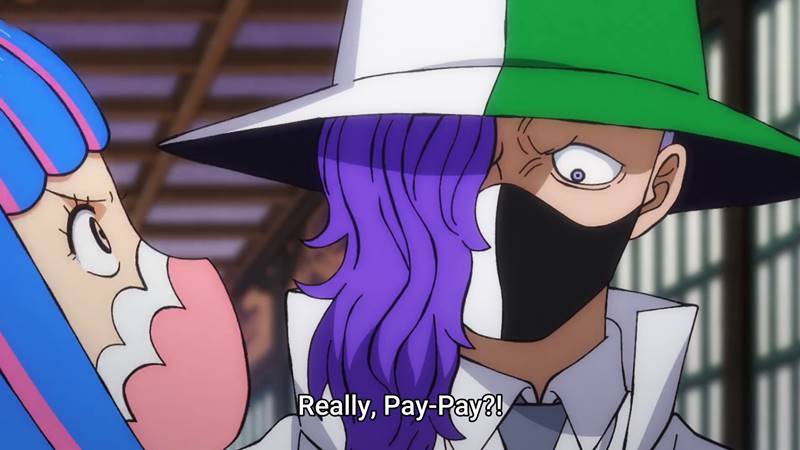 Page One: Hello Friends, how are you all? Today This blog is about one more character from the Anime One Piece named, Page One. He is also a Member of the Tobi Roppo, the strongest Shinichi of the Beast Pirates. He is the Younger brother of a fellow Tobi Roppo member named Ulti. Due to his actions and personality and his surroundings, he is one of the Villains in One Piece’s  Wano Country arc. Here are some of the facts about him.

Talking about his personality, he is a young man with a shorter appearance. His hairs are purple in color with a side cut. His eyes are sharp and angular green which are slightly heavy and with hairless eyebrow ridges. He also has horns on his head which are curved but they are smaller than those of Ulti’s. He has a tattoo of his name on his chest which occupies his upper body completely. Also, like his sister he also wears a mask on his lower face covering his mouth and chin area. The mask is white and black in color.  He wears a white-colored cape on his shoulders and with that A white shirt and a pair of green pants.

As for his personality, though he is younger he is one with a rather serious nature and personality. He tends to respect his superiors and always take their orders seriously. Also when his fellow members insult him he just ignores them rather than arguing with them. He is very conscious of the behavior of his sister Ulti. He is sometimes got annoyed because of her behavior since she treats him like a child in front of others. Page One also gets annoyed when she disrespects his senior members.

When it comes to combat the Page one shows himself as a fully confident person and believes in his powers and combat capabilities. He is sometimes behaving like a thuggish person if the arrogance doesn’t get on his head.  He is the kind of person who believes that anyone who goes against the Wano Administration should be punished. Whenever he is sent to solve some matter he gets no qualms in getting that done whatever happens.

4. Page One Show No mercy

Whenever he is sent to resolve any matter, he can go to any extent to get that done. The same happened when he was assigned to hunt for a single food vendor in Sanji. But he destroyed many noodle shops and other shops just to show how powerful he is since he is a Tobi Roppo Member of the Pirate Beasts. This shows that he shows a great amount of gluttony when he doesn’t like anyone he thinks is below him in any order.

5. Relationships with His Sister

Ulti is Page One Elder sister who is two years older than him. Though Ulti is elder than him he gets annoyed due to her childish and fickle behavior. When Ulti disrespects his fellow members and also his seniors, he is just the opposite of her when it comes to respecting elders.  But also when he tells her to respect them she just snaps back at him saying that you should not tell him what to do. she is also the one who most attached to her than any other person which makes him irritated when she pampers him. But when she gets angry with him, she can turn aggressive against him too.

When it comes to respecting his fellow member’s Page one should be given the Number one spot for that, because He is very loyal and respectful to Kaido, totally opposite of his sister. But he is not intereste in showing any respect to the All-Stars, Merely showing respect to them. Though he supported the decision to fight against All-Stars to take their position. His fellow crewmates look down on him because of his age and the experience, shown when Sasaki made fun of him for his abilities and called the Siblings as brats.

Just like every other Tobi Roppo member, he also possesses a great amount of power when it comes to fighting the enemies. He also holds great power in the Beast pirates as a Tobi Roppo member just ranking below the All-Stars and Kaido only. He is also a master in combat and using weapons of any kind despite his young age. Also, it is shown when he fought Sanji alone and also with his sister defeated Nami and usopp easily.

Also like fellow members, he also ate an Ancient-type Devil Fruit named Ryu Ryu no Mi that allows him to transform him into a full spinosaurus and a human-spinosaurus hybrid at will. The fruit is very powerful which helps him reach his maximum ability. He gains tremendous durability and makes him recover from any attack without taking any major damage. He was able to counter the attacks of Monkey D. Luffy without any fear.

9. Page One Weapon and Haki

Page one is the only member of Tobi Roppo who hasn’t been seen using any weapon while fighting. Thus his hands are the only weapon that he uses. He uses KenbunShoku Haki which made him sense that Luffy is still alive when Luffy fought against the Ulti. Also, he uses Bosushoku Haki which makes him more difficult to face.

A. Like every other member, he is also named after the real-life card game of the same name.

B. His favorite food is said to be Nachos by the fans.

C.  Though is the youngest member of the crew about 20 years old, he still has some amount of bounty on his head.

D. As said earlier he is maybe the only member which is seen not using any weaponry.

I hope you enjoyed the things about your favorite character. Thank you.