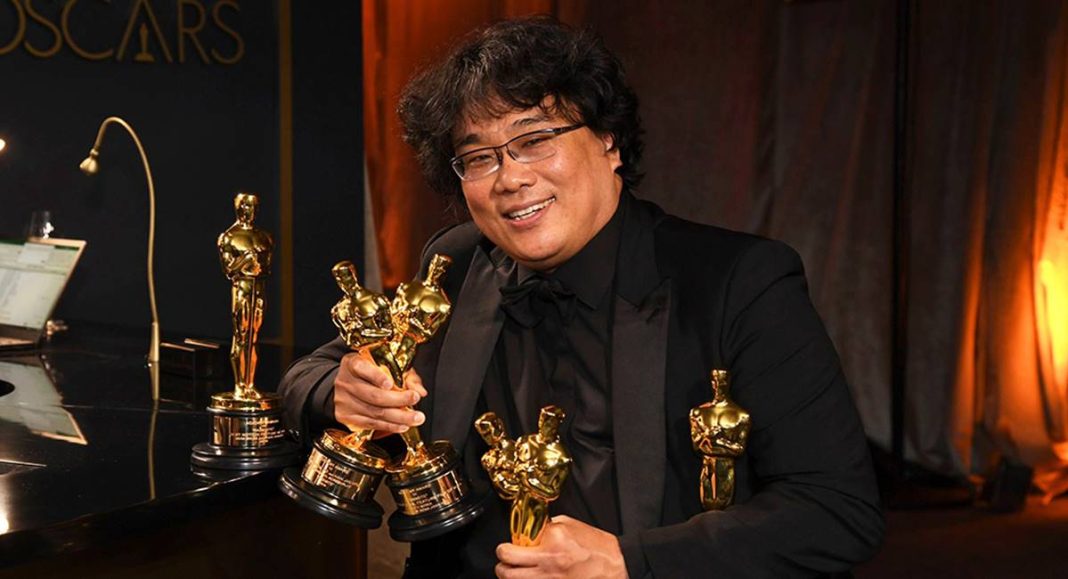 Parasite Director Bong Joon Ho’s Must-See Movies: With critically praised films like “Memories of Murder,” “Mother,” and “The Host,” Bong Joon Ho has long been considered one of South Korea’s top directors. However, it wasn’t until 2019 that Bong rose to international fame as a film director. Through the success of “Parasite,” Bong cemented his place at the top of the list of the best directors currently at work in the world. At the 2019 Cannes Film Festival, “Parasite” had its international premiere and made history by being the first South Korean film to get the coveted Palme d’Or.

Nearly all of the major award shows and festivals that season were attended by Bong in the months that followed. With “Parasite,” Bong experienced an amazing journey that resulted in six Oscar nominations and historic victories for Best Picture, Best Director, Best Original Screenplay, and Best International Feature. The best movies from director Bong Joon Ho are discussed in this article.

The narrative of an unemployed college instructor (Lee Sung-jae) who becomes so irritated by the barking dogs at his apartment complex that he resorts to severe measures is told in Bong’s 2000 feature debut, “Barking Dogs Never Bite,” which may be an unforgivable insult to animal lovers. The janitor’s horrifying attempts to silence every young pup that comes to his attention are not obscured by the fact that he is absolutely ineffective at dognapping, nor does it stop him from making his own macabre contribution to the epidemic of lost dogs.

In comparison to any of Bong’s later films, “Barking Dogs,” a parody of the well-known Belgian tale “A Dog of Flanders,” went further into the obscene extremes of Korean cinema. However, the comedy has a sense of lightness and playfulness that helps to soften the edge. The picture feels like a practise run for “Snowpiercer,” which unites railway cars as a microcosm of mankind, thanks to Bong’s painstaking attention to the apartment complex as a connected organism.

Bong might have transitioned from “The Host” to more mainstream, English-language movies, as Park did with “Stoker” with “The Last Stand,” following in the footsteps of those actors. But instead, he turned back to the murky, tiny murder mystery of “Mother” (2010). In this remarkable Kim Hye-ja film, a widow strongly defends her mentally handicapped son (Won Bin) after he is charged with the murder of a high school girl in the neighbourhood. She investigates the crime on her own and takes dramatic measures to seek retribution even if the evidence against him is weak and based solely on supposition.

With “Snowpiercer,” a science fiction allegory that plays like Stanley Kramer’s “Ship of Fools” if it were some merger of a postapocalyptic, “Mad Max”-style thriller and a devastating political satire, Bong finally made a daring foray into big-budget filmmaking four years after his initial attempt. The last survivors of humanity are crammed onto a high-speed train that will never stop, and that no one can ever exit, for fear of certain death, in the year 2031, after a worldwide climate crisis has made the earth uninhabitable. Tilda Swinton plays the official in charge of enforcing the train’s harsh class system, which separates the rich elites up front from the filthy commoners in the back, in a not-so-subtle homage to Margaret Thatcher. Swinton hams it up magnificently.

Although “Memories of Murder” earned him additional praise and led to his first distribution agreement in the United States, Bong’s 2007 monster film “The Host” is what actually made him famous. “The Host,” which contains a scathing critique of American imperialism, starts with an American military commander discharging litres of formaldehyde into the Han River, which causes a genetically altered marine creature to emerge from the river six years later.

The movie’s crowd-pleasing action explains why it was such a box office success in Korea and worldwide. The movie’s opening daytime monster onslaught is a marvel of Hollywood-level effects and wide-eyed Spielbergian looks.

The serial killer mythology is explored in thrillers and documentaries for American audiences in such a way that it is almost considered its own genre. But what about societies where this problem doesn’t exist? The investigation of South Korea’s first serial killer, a predator who raped and murdered 10 women in a remote backwater in 1986, is the focus of Bong’s one-of-a-kind police procedural, “Memories of Murder,” which adopts a tonally adventurous approach. A local detective who investigates a double murder with his partner (Kim Rwe Ha) but quickly gets in over his head is the subject of Bong’s first collaboration with Song Kang Ho, who would later appear in “The Host,” “Snowpiercer,” and “Parasite.” Bong asks the actor to bring humor and pathos to the role.

“Okja,” a film on the advantages and risks of living in our much smaller modern globe, is inspired by this globalised mindset. The supernatural creature in “Okja,” as in “The Host,” is a friendly, hippo-sized super-pig created by a worldwide conglomerate as a delicious food source. However, unlike in “The Host,” which is a supernatural entity unleashed by American environmental carelessness. Okja, one of the first generation of super-pigs produced in various parts of the world, is the most proud specimen, but An Seo Hyun, a 10-year-old girl who helped nurture it in the Korean mountains, isn’t ready to give it up so easy.

The friendship between the lyoung girl and her friend has elements of “E.T.,” but “Okja” is a much darker and weirder, going into extreme animal activism and sneaky corporate propaganda.

Bong returned to Korea for “Parasite,” which, in a characteristic Bong twist, has propelled him to widespread acclaim after making two consecutive English-language movies failed to give him a foothold in Hollywood. Bong makes comments on the gig economy, the wealth divide, and how the haves covertly hold onto power by pitting the have-nots against each other through the narrative of two families caught in a class war. These are political themes that he tackled more directly in movies like “Snowpiercer” and “Okja,” but Bong puts them just below the surface, serving as the catalyst for the story’s development. As unpredictable as his work, the direction of the movie and Bong’s career following this are both uncertain.