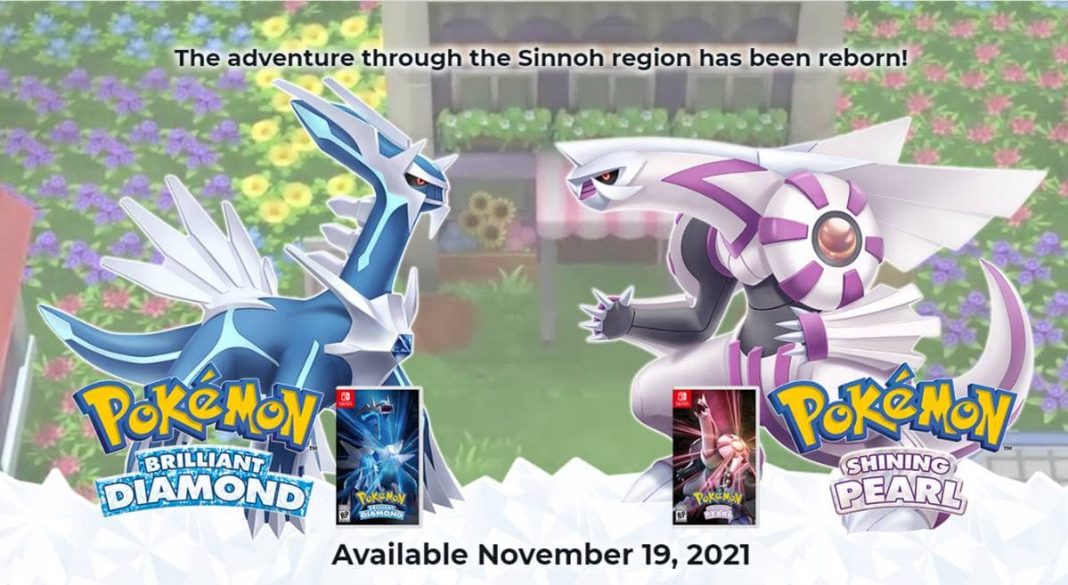 Pokemon Brilliant Diamond is now coming up with Pokémon Shining Pearlin in the year of 2021.

Hey, Guys here we are going to discuss about the release date, trailer, and its leaks news.

This is considered to be as the most iconic return as far.

This new game will stay attached to its core that is its original games but still it is going to include many new features and some series changes both of them will be welcome.

A new trailer for this new upcoming game namely Pokémon Brilliant Diamond and Shining Pearl has been launched a few days back.

This new game is expected to launch in the same year that is 2021.

At the time of a Pokémon Presents broadcast event, it was reveale.

that these games are going to include the feature which is most beloved which allows its player’s Pokémon to follow them as they run through the Pokémon world.

It is going to be a remake of it old version of the 2006 Nintendo game which was a role-playing video game namely Pokémon Diamond and Pearl.

This feature was already include in the past in a few games prior also. But this was first introduced in the game Pokémon Yellow.

In which only ready to follow behind was the player’s Pikachu partner only. It was also reappeare in the game of its original Diamond and Pearl.

But it was consider to be only available for some of Pokémon and also for a certain area of that game. it had been fully available in HeartGold and as well as in SoulSilver.

And after that once again in the game of Let’s Go! Pikachu and Eevee. As well thereafter in the DLC areas of the game namely Sword and Shield.

While it almost seems that the Pokémon Brilliant Diamond and Shining Pearl game is fairly going to be very close to its original games.

And Finally, it has been reveal that this game is going to get a special edition of Nintendo Switch that is Lite Dialga & Palkia Edition.

we have also got some of the glimpses which are related to several a few changes to its original formula. This also includes its ability so as to customize its player’s character’s outfit.

This going to be Develop by ILCA which has partnere with its Publisher, Nintendo, and The Pokémon Company.

This game is going to be direct by the very famous Yuichi Ueda with Junichi Masuda.

The game’s Genre is for sure a Role-playing game with modes like Single-player as well as multiplayer.

Pokémon Brilliant Diamond and Shining Pearl Will for sure makes you fall once again with this game with its new looks and features.