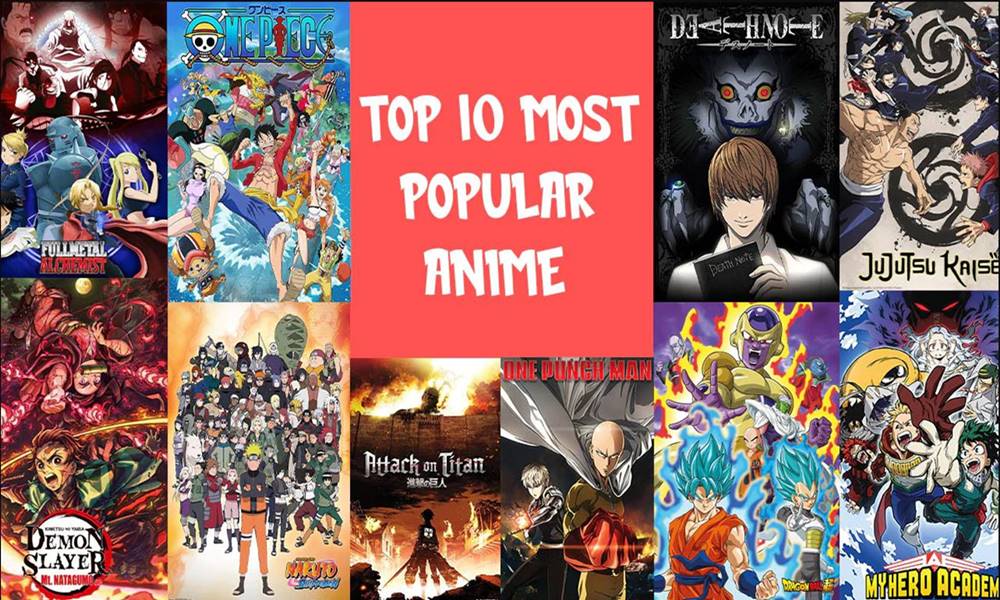 Popular Anime series for beginners to watch: Anime is gaining so popular nowadays that everyone wants to watch anime. Anime is gaining popularity due to the fact that even celebrities like Ariana Grande, Michael B Jordan, Kanye West, and other famous celebrities have admitted that they are big fans of anime which is why people are more curious about the anime world. Moreover, meme culture and references in many things are also making Anime famous. Everyone wants to watch anime but they do not know where to start,

so hey dont worry I am here to tell you about all the beginner-friendly anime that will blow your mind. Some of them will give you life lessons while some of them may give you your favorite fictional character for some time or maybe for life who knows? So here is the list of top 10 popular anime series for beginners to watch.

Okay so let us start with a light-hearted anime in which there is a portrayal of how the cells work in a human body. The human body is shown as a building in which cells live like people and there is a vast city of apartments, furnaces,

and things running inside the body and cells are making it all keep it running. The anime is light-hearted and the animation is gorgeous, the cells in the human body are well explained, and the humor is conveyed well. The cells battle against bacteria and viruses that try to enter the body which is very well shown in the anime which makes this anime perfect to watch as a starter. This anime is available on Hulu to stream.

Another great anime on the list is related to science and education. The plot is this A wave of mystical energy turns everyone to stone, and 3,700 years later, the brilliant teenage Senku Ishigami awakens from the stone age.

He lives in a new stone age, where, through the power of science and his faith in humanity, he rebuilds everything, one invention at a time he rediscovers. He is a man who can solve any problem just by making any invention so you must watch this anime. The Dr. Stone anime is available to watch on HBO max.

Yes, one reason why you must be wanting to watch anime is must be the popularity of this anime Naruto. It won’t be wrong to say that Naruto is the title bearer of Anime and it is also because of Naruto, that anime became famous in many countries. Naruto is one of the best anime which has everything drama, romance, betrayal, and much more. The story is based in a hidden ninja village where Naruto the main character of the show faces new challenges every day but those challenges don’t shake his will which is why this character is one of the most loved characters of all time. The anime is available on Netflix and you should give it a try.

Another masterpiece anime, that is highly influential and iconic due to its perfection in everything. Death Note follows Yagami Light, a high school student who discovers the Death Note at that school. This book gives Yagami the power to kill anyone named in the book,

and Yagami uses his power to enact justice that is why this anime is said to be one of the best. Yagami’s actions eventually bring him into conflict with an eccentric detective named L, leading to an interesting cat-and-mouse game between the two characters. The anime is available on Netflix.

Simple yet very interesting anime based on the story of a man named Saitama who is a part-time superhero. He has trained his body to such an extent that he is able to defeat enemies with only his one punch. This anime is a satire of the hero and anime fighting genre and it is truly fantastic with its material. The episodes in the anime are relatively short and that is why this anime became super successful in a short period of time. The anime One Punch Man is available on Netflix to watch.

My Hero Academia became one of the most popular anime of this century. The series is set in a world where approximately 80% of the population retains superpowers, or quirks as the anime put it, ultimately leading to a society of heroes and villains.

The story is about a young man named Izuke Midoriya who is given the legendary quirk of all time. The anime is long and might take time to complete but it is one of the best and most interesting anime out there. The anime is available on Crunchyroll

Re: Zero starting life in another World.

This anime is one of the best anime for the past few years, it is based on reincarnation in another world after death. The characters of Rem and Ram became so popular that are spread across the anime merchandise. The series is about Subaru, a young man who is transported into a fantasy world,

where he comes to know that if he dies in this world he resets to a checkpoint allowing him to change his actions and try again. The anime Re: Zero starting life in another World is available to stream on HBO Max.

Anime Cowboy Bebop is one of the most famous and important anime of all time. Inspired by Western imagery and storytelling, Cowboy His Bebop is essentially a tale of the Wild in His West, set in space, bringing together an unlikely group of characters in space adventures. The series only lasted for only one season and one movie but has remained one of the best popular animes of all time. If you are trying to watch anime this one may be on your list and it is available on Netflix.

One of the best anime and currently the highest-rated anime of all time. The story is so interesting that one who starts to watch the anime gets addicted to the anime. The anime is et in a world where humans are caged in walls in order to keep out the titans, who feed on humans. But the story is not as simple as it seems the twists and turns in the anime are beyond imagination

and that is the reason this anime became so popular that it’s one of the episodes that are highest rated on IMDb. The action and thriller shown in the anime are beyond imagination and it is available to watch on Hulu.

The highest-rated anime of all time and may be one of the best in the past few decades. The series is about two brothers, Edward and Alphonso as they try to heal the damage inflicted on them when they tried to do a forbidden ritual. The series has everything which a new anime watcher must be wanting to see

which is why this anime must be number one on the list of anime watching. The anime Fullmetal Alchemist: Brotherhood is available on HBO Max to stream.

So here are the best anime that may be watched by someone who is trying to start watching anime. These ten anime will make your day better and will make you an anime addict in a short time. Stay tuned for more articles on anime like that.