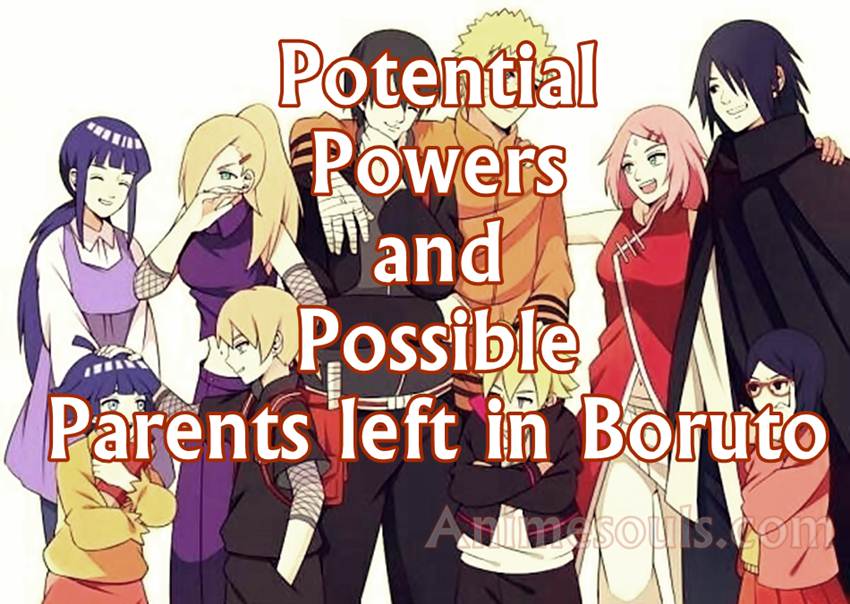 With the new generation of the Naruto Uzumaki kicking off, we’ve seen quite a few of the new generation of ninja and have gotten a pretty good look into their abilities and potential. Boruto Uzumaki, Sadara Uchiha, Mitsuki, Ino-Shika-Cho V 3, and the Metal Lee all make a pretty high level core group. However there are still a lot of untapped powers and possible parents out there that could help contribute to this new wave of top level shinobi.

The topic of jinchuriki in Naruto currently frustrates me due to the lack of continuity with the abilities and status of these characters. Last we heard from most of the jinchuriki Naruto was their host. Also in the new Naruto Ninja Storm game we can see adult Naruto’s ultimate which involves nine rasen-shurikens that are all tailed beast themed. However the exact same update that provides this ultimate also shows adult Garra transforming into Shikaku indicating the two were at some point reunited. Not to mention all the stuff in the Boruto movie with Killer B and 8 tails being reunited and surviving separation. So it’s possible all the Jinchuriki have moved on to new host’s, or could again in the future. That’s between 6-7 unaccounted for tailed beasts (2 versions of Kurama may still exist). Naruto may also be able to use their powers without having them directly sealed in him, as it was established Naruto Uzumaki would serve as their “meeting place”. If they decide to stick to that logic, Naruto Uzumaki may be in communication with any Jinchuriki that exists and may still have access to all or a portion of their powers.

Rock Lee/Might Guy – Though Rock Lee is most likely Metal Lee’s father, I’d love it if he was Guys kid and just named for Lee. Either way Might Guy was one of the powerful shinobi the Leaf had, killed kisame, went toe to toe with ten tails, wrecked in the war fighting with kakashi. Kakashi Tsunade (has first and second hokage genes, plus her own abilities) Yamato, Shino, Konohamaru (third genes), Sora (pseudo-jinchuriki, left to search to world after his arc, prolly never will be seen again but he exists) Soku (still pretty young so she prolly isn’t a parent yet, but ANBU with crazy ability touched on right before the end of Naruto) Hyūga Clan (Boruto Uzumaki and himiwari Uzumaki are gonna be the powerhouses but there are still other Hyūga families)