Home Entertainment Reasons Why K-pop Is So Popular 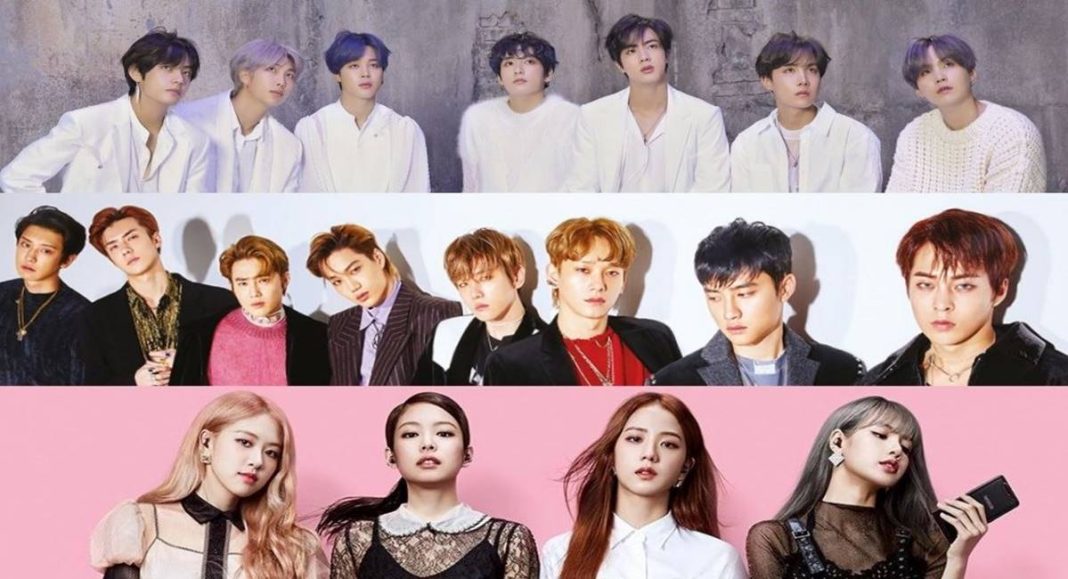 Reasons Why K-pop Is So Popular: The idea that South K- pop culture has gained popularity and is now a significant influence on global culture is known as Hallyu or the Korean wave. This is evident in everything from Korean dramas on Netflix to Korean skincare regimens ruling the cosmetics industry to delectable Korean tacos on your favorite local menu. K-pop, which is obviously short for Korean pop music, is at the center of Hallyu and has been gaining popularity constantly.

Check out the reasons K-pop is so well-liked around the world in this article.

K-pop singers do the same for fashion, giving it a whole new meaning. Many times, the intensity and originality of their real-life attire and fashions significantly exceeds those of western celebs. Never afraid to make a statement, K-pop idols interpret trends in a distinctly original way.

Consider the well-known Big Bang member and talented solo musician G-Dragon as an illustration. G- Dragon is well-known not only for his exceptional musical ability but also for frequently setting trends and being a style icon in general.

K pop stars fully rule the choreography scene as well. The routines that groups execute are not just songs and dances; they are routines that are so difficult and sophisticated that they typically call for dancers who are true professionals.

Not only does this require an absurd amount of skill, practise, and hard work, but K pop musicians are also renowned for doing these routines live, demonstrating their true skill and not just that which is well-edited in their music videos.

In addition to having incredible skill, working really hard, and appearing in flawless music videos, K Pop musicians frequently include elements of different cultures into their songs. Singers frequently incorporate English proverbs into their lyrics because English is a mandatory language for learning in many Asian nations. This not only appeals to Asian fans but also makes K Pop musicians more approachable to Western admirers. Big Bang’s mega-hit “Fantastic Baby” serves as a prime example.

If you’ve ever watched a K-pop video, the vivid colors and the outfits the performers are wearing are likely what first strike your eye. The definition of fashion is completely changed by K-pop singers. They are never afraid to speak up, and they analyze trends in a distinctly original way. The costumes and sets used in K-pop music videos typically correspond to the concept or narrative that is presented in the video.

All sexes, generations, and countries are represented in K-Pop. K-Pop may be enjoyed at any age. Even though there are songs in English, Spanish, Japanese, Chinese, and other languages, the majority of the songs are in Korean. However, music knows no bounds. Music is a powerful mean for conveying emotions. Additionally, it is simple to relate with the songs because they are about a topic that is relevant to everyone. K-Pop is a genre that includes songs from pop, house, rock, r&b, hip hop, and other styles. Ballads are included as well as hype/loud songs. Easy to enjoy K-Pop songs.

True, a K-Pop group is created by a company that ensures the finest possible symbiosis between the members. It has happened that idols have been friends for more than five years and in some cases have known each other since middle or high school. Idols have developed a peculiar intimacy that makes them appear to be a real family despite the fact that they live together round the clock. Naturally, not every group has members that are close to one another,

and some K-Pop idols are promoted as solo performers. A few people do not share a residence hall. Because it demonstrates excellent collaboration and that they are not a “fake group,” fans frequently appreciate the closeness that members have.

Special ties between K-Pop stars and their followers

K-Pop stars like establishing a strong connection with their followers through a variety of channels. Idols never fail to express gratitude and affection to their followers since they are aware that their success is partially due to them. Every group or soloist has a unique nickname for their admirers, and some even write fan songs specifically for them. With their fans, artists have a unique bond.

In a variety of languages, they interact with their fans. In addition to Thailand, Japan, the United States, Canada, and many more countries, idols are not only from Korea. Both the K-Pop stars and their admirers come from a variety of backgrounds, and their connections cross all barriers of culture.

K-Pop fans experience a sense of belonging to a large, international family. Both online and offline, the community is quite active. Afterward, making new pals is simple. There are numerous instances of K-Pop fans getting together for free giveaways of related goods,

working together for charitable causes in the name of the fandom, or having a dance party to K-Pop music. Without regard to nationality or language, the K-Pop community congregates both online and offline. You can quickly meet new acquaintances who have similar interests thanks to K-pop.

Music, performance, and entertainment are all available to K-Pop enthusiasts. With music, unique collaborations with other artists, covers, TV shows, videos, photographs, and more, K-Pop idols produce a tonne of content during the entire year. Fans are kept amused by them.

On their channels, groups publish funny material. Fans enjoy following idols’ humorous exploits on online media because they are funny. It is one of the aspects of K-Pop that appeals to those searching for amusing material and who want to feel like they are part of the 21st century.

And lastly, K pop often introduces exceptionally gifted bands with a unique idea. Exo, a boy band from Asia, is one example of an unbelievable success. Two groups—Exo K and Exo M—combine to form the band. Exo K sings the band’s songs live and promotes them in Korean, while Exo M does the same in Mandarin. This boy band significantly increases the size of its possible fan base by recording each song in two distinct languages.

Thanks for reading this K-pop blog.