Samsara of Heavenly Life Technique is a reincarnation ninjutsu used to through the Outer Path, which can be infuse new life into the bodie’s of those who have died in exchange for the users own life. 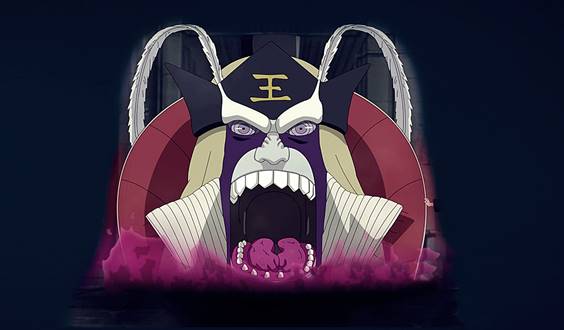 The Summoning Impure World Reincarnation binds the souls of a deceased person to a living vessels, restoring them as they were when they were alive in order to do their summoners bidding. It was originally created by the Tobirama Senju, after which he declare it a kinjutsu. Orochimaru rediscover the technique decades later and improve on the original design, to which Kabuto Yakushi nearly perfect’s it some time after this. 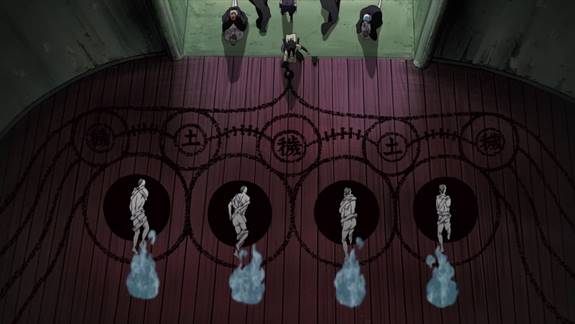 This technique can also be use to transform the corpses vessel of an individual revived by Summoning Impure World Reincarnation into a real body of living flesh and the blood. However whereas the rest of the reincarnated Uchiha Madara  bodys was made real, his eyes instead crumbled into dust upon his resurrection.

The exact range and power of this technique are the unknown, but on separate occasion’s it has target a large number of recently deceas individual and a single individual who has been the dead for more than a decade.

Although Tobirama Senju was the technique creator, his usage to had two flaws the reincarnated soul’s were now here near as powerful as they were while alive and he could only control so many at a time. Orochimaru is stated to have some what mitigat both flaw, but it is Kabuto who almost eliminate them, bettering the Impure World Reincarnation to such a degree that the reincarnation’s are much closer to how they were during life and he can control as many at a time as he wishe to, resource permitting. His improvement combined with the fact that performing the Impure World Reincarnation require’s no chakra from the user, causes Kabuto to declare it the most powerful jutsu in history. Reincarnations can be mobilize like standard infantry, where they must travel to their destinations. Alternatively coffins that contain them can be gather to a location, assuming someone is there to perform the summoning the anime does not consistently require this. Reincarnations can be recall in a similar way with a coffin emerging around them to take them back.

As with many of the Rinnegans techniques, it is influenced by Buddhist terminology. Gedō (lit Outer Path 外道), derived from the Sanskrit Tirthika refers to any doctrine which treads the outer path to enlightenment. This is opposed to the teachings of orthodox Buddhism, the Naido (Literally meaning Inner Path 内道), and is thus considered misguided and heretical.

Control – The only discretion a user need to exercise for the Impure World Reincarnation is how much control to exert over the reincarnated souls. After first performing it the user is only able to restrict their movement. In general this limited controls is not an issues for the summoner and they will typically deactivate the reincarnation, placing them in a coffins for storage and transportation until they Are need. However, when the perfected Impure World Reincarnation is used to revive somebody, there come a possibility that they will be strong enough to resist this control Orochimaru notes that  Hashirama Senju could break free if he chose to.

In order to control their actions, the user must implant a special talisman generally attache to the end of a kunai within the reincarnation brain. The talisman design determine how strong the control is

Attributes – When the first summoned, the body will appear grey and in a state of minor decay marred by cracks and other imperfection. If the summoner chooses to, they can rejuvenate the reincarnation while planting their control talisman restoring their reducing and complexion some of the imperfections this is merely aesthetic and the signs of decay do not inhibit their abilitie. An unavoidable characteristic of a reincarnated body is the darkened sclera, with a soul that retain its personality having grey sclera and a soul with a suppressed personality having black sclera.

A reincarnated individual will have all the abilitie they had during their lifes, including the kekkei genkai and kekkei tota. They are psychically restored as they were at the time of their death, including any physical handicap they may have possessed, such as Nagato damaged legs. Exceptions exist: illnesses they had will not be preserved, nor will any physical damage that contribute to their death. There is some inconsistency of whether or not foreign body matter will be restored as well: Hanzoretains the poison gland of the black salamander, but Uchiha Madara does not have access to Hashirama Senju genetic material and those Kabuto must artificially reproduce it for him.

There are also way for a reincarnated body to escape their summoner influence. Uchiha Itachi is targeted with Kotoamatsukami, displacing Kabutos commands with different order. Kabuto can regain control of Uchiha Itachi by gaining access to the control talisman, and in fact is still able to release him from the Impure World Reincarnation. Conversely, if the reincarnated souls knows the hand seal, they can sever the summoner contract with them in the anime the seals are Snake ⇒ Ram ⇒ Boar ⇒ Dog ⇒ Tiger. This grant them full control of their own actions, all the benefit of an immortal body, and prevent the summoner from releasing them from the Impure World Reincarnation. Uchiha Madara describe this as the one risk of the technique. Another way to take over the control of reincarnated bodie is through the usage of the Six Paths Technique, as in the case of Obito Six Paths jinchuriki. Because of Obito Black Receivers being embedded into the left side of each jinchuriki’s chests, he was able to wrest Kabuto control over the revived jinchuriki, and thus control the revived jinchuriki’s near perfectly. However, it should be noted that Kabuto is still able to release them from the Impure World of Reincarnation.