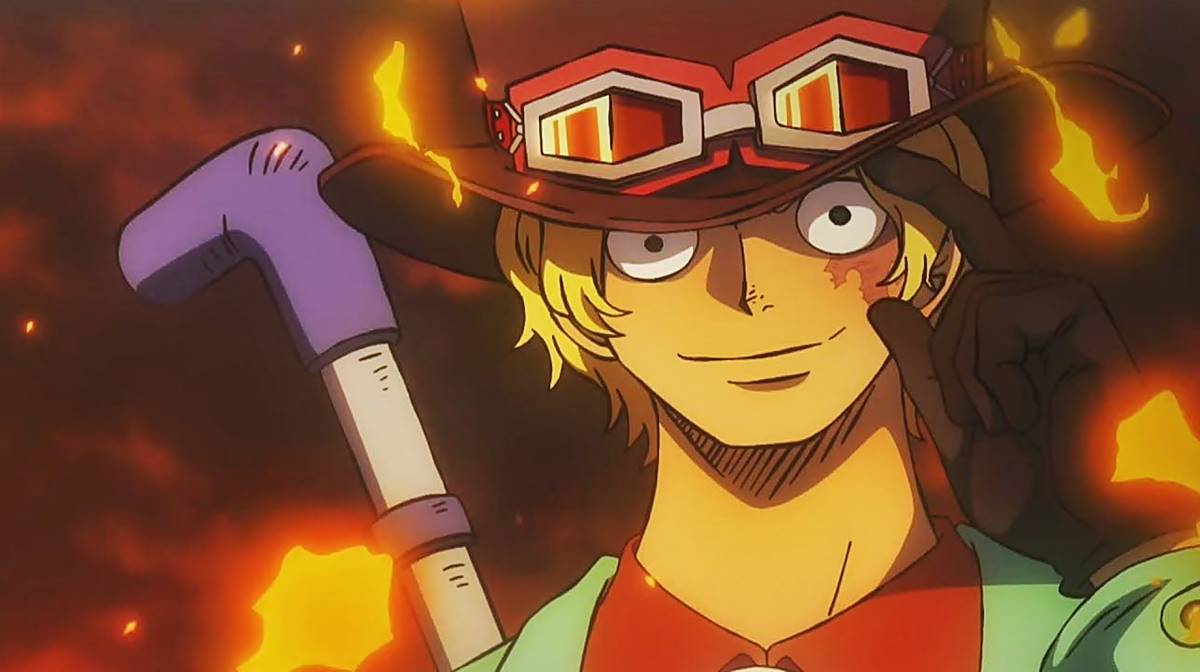 Sabo: In this blog, we are going to see an interesting character in One Piece called Sabo. Eiichiro Oda gives life to all these characters and it depends on his writing whether we should like a particular character or hate him. Anyway, let us see about some interesting facts and Infos about Sabo.

We as the audience know that Oda has taken inspiration for all his characters either from fictional characters or from real-life people. We know a character called Arthur Dodger from Charles Dicken’s Oliver Twist. Even he appears similar to him. Arthur was a member of the gang of child thieves. His dressing style was of wearing a coat with the sleeves folded up and have a top hat.

If an opponent has devil fruit he will be so powerful. Haki is the only way to stand against the devil fruit power. Soon after the battle of Marineford, Oda introduced the Haki.  After that Haki is seen as a very important thing and a lot of stress has been put on its importance. Among the Revolutionary Army member, he is the only one we have seen using Haki and he is an expert in using it. We have seen his efficiency at Dressrosa when he fought Burgess, Fujitora, and Bastille. He also got Mera Mera no Mi. Sabo’s power increased a lot by acquiring this.

Sabo also shares his birthday with a legend. He is Shiki. Sabo has huge power and he is one of the Old legends in One Piece. He is also called as “Golden Lion”. Shiki is not that famous. He and Gol D. Roger had rivalries with each other. Even though it is not noticeable Shiki is very strong and powerful. He had destroyed the half Marineford and all it was an easy task for him. Both of them share their birthdays on the same day and that is on March 20. So sabo is very lucky to share his birthday with the legend Shiki.

Luffy is the little brother of Ace and Sabo. They always took care of him and are protective. Both resemble the same roles in the story. Luffy was against a Shichibukai who was betraying the country and both of them, Ace and Sabo were introduced at that time. Crocodile was ruining Alabasta in the case of Ace. Doflaming was playing with the people of Dressrosa in the case of Sabo. Sabo and Ace protected Luffy from all the enemies. Protection is given to Luffy against Smoker by Ace. Also, Sabo protected Luffy from Fujitora and Burgess. One more thing that resembles both of them is that they left vivre cards with his crew.

It is inferred that he is dead after the World Noble launched an attack on his ship. All speculated that Sabo perished in the attack. Luffy’s father Monkey D. Dragon saved him. He joined the Revolutionary Army after this.it was conveyed before that Sabo will join the Revolutionary Army. It was seen in episode 504. In that Dragon and Ivankov were talking. And the following time was on the cover of verse 668. There is a newspaper and three cups of sake which are in the grave of Ace on the cover. It was only later known that Sabo was behind those things over there.

Sabo was not present in One Piece for a long time. After the only death of Ace, his character came forward. The childhood of the three brothers was not at all good, it was all miserable. A long time ago only his appearance was implied. A flashback is present in chapter 558. The flashback tells us about the boys ‘brotherhood initiation ceremony. During the flashback, there was the third cup of sake.

The second in command of the Revolutionary Army is Sabo. He is a powerful fighter in the army. Also, he is a chief of staff. Sabo is the powerful and strongest and famous character in One Piece at the same time. We know about the Japanese fan poll and in the sixth edition of it, he came at the 9th position. This showcases his fan power and makes him the most famous character from the Revolutionary Army. All are waiting for the release of One Piece: Stampede. With this digital release again Sabo will be famous.

The sworn brothers are Sabo, Luffy, and Ace. When they were kids they took a promise. Ace look after Luffy when Sabo was murdered. Ace look to become a pirate rather than Luffy. He finds a name for himself. Then he became the Second Division Commander of the Whitebeard Pirates. Sabo didn’t appear in the scene until Dressrosa. Of the three brothers, Sabo is the tallest one having 187 cm. And Luffy and Ace are 174 cm and 185 cm respectively.

Sabo resembles Sanji in many things. Sanji is the culinarian of the Straw Hat Pirates. They two have fire abilities. Sabo’s fire ability is Mera Mera no Mi and Sanji’s one is  Diable Jambe. Also, their families are high society people. Sanji used to be the Prince of Germa. At the same time, Sabo was a noble. Their childhood was so miserable. They didn’t get good treatment from their fathers. According to their Fathers, they were good at nothing and were failures. So having terrible childhood they run from their homes to seek a better life.

If someone had watched the post-Marineford arc then it is visible that Sabo’s voice resembles that of a very famous Shonen protagonist. Junko Takeuchi gives voice to Kid Sabo. He also gives voice to Naruto Uzumaki. The main personality in Naruto is Naruto Uzumaki. It is written by Masashi Kishimoto. He is having a rivalry with Oda. Anyway, the voice actor changed for Sabo because he has grown up. Now his voice is given by Toru Furuya.