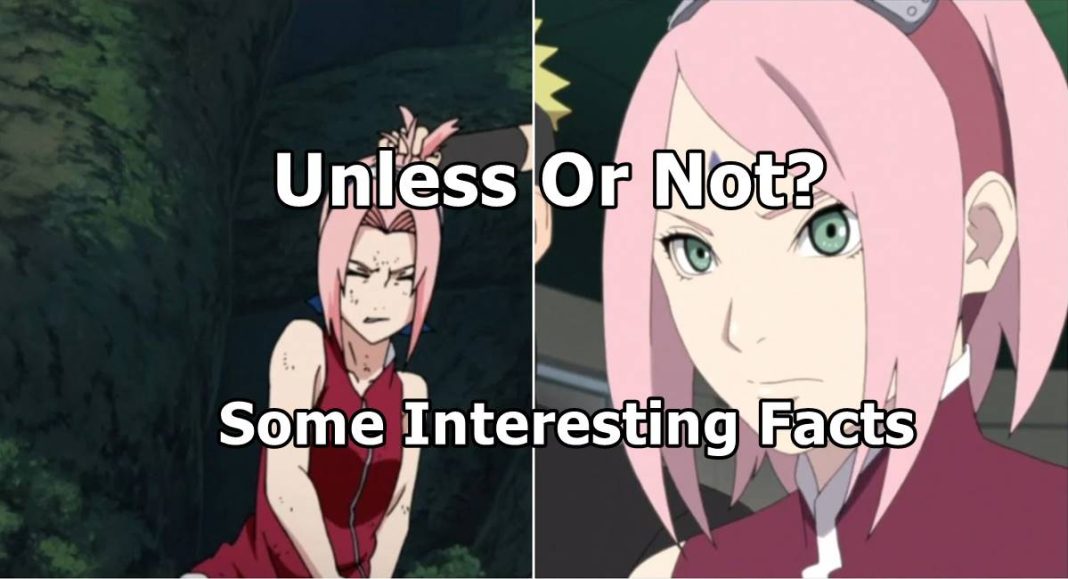 Sakura: Naruto was a fan favorite for a variety of reasons, including the series’ abundance of action, stunning visuals, and outstanding characters. Most viewers agreed that it was difficult to choose just one character. Because life in the Hidden Leaf Village was never boring, everyone had to toughen up at a young age.

Sakura Haruno quickly rose to prominence as one of Naruto’s most adored female characters. While she had an easy childhood as an only child, she was bullied at Konoha’s Academy, which made her insecure. Fans admired how she overcame her adversity and developed into a confident and strong character. Sakura Haruno will be discussed in this blog.

Masashi Kishimoto, the creator of Naruto, chose this name for Sakura because he had big plans for her. Japan’s national flower is the iconic cherry blossom. During the spring season, both tourists and locals enjoy the pink and white trees.

Girls teased Sakura Haruno about her broad brow, but most of the boys at the academy thought she was lovely. Growing up, everyone had a soft spot for her.

Sakura’s forehead bore a violet rhombus, which represented the Strength of a Hundred Seal. It was unusual to see anyone with the seal Sakura obtained during the Fourth Shinobi World War.

Aside from Sakura, only Tsunade was seen using it. It demonstrated that she was very skilled at controlling her chakra in a much more efficient manner. She was able to use her abilities without wasting any energy.

Fans thought it gave Sakura a more distinct appearance and helped her cope with her large forehead, in addition to chakra control.

Most fans were astounded by each character’s distinct move sets and signature styles, but Sakura lacked one. Her pink hair and large green eyes would have been noticeable from a distance. During fights,

4. Sakura did not obliterate Obito’s eye.

When Obito was left alone with Sakura while Naruto fought Madara, it was a truly epic episode. Obito implanted the Rinnegan in Madara’s left eye socket, allowing Madara to summon the Infinite Tsukuyomi. Obito requested that she destroy his eye.

Sakura was stunned for a moment, torn between her emotions and her rational thoughts. She didn’t have time to react because Madara had shown up, and Obito had dispatched Sakura to ensure her protection.

5. Sakura possessed a strong will.

Throughout the series, fans had come to expect Sakura to be a force to be reckoned with. She was never the type to give up and always kept her sights set on the prize. At the Chunin Exams, Naruto fans could see Sakura’s determination and mental strength.

Only a few others were able to escape Ino’s powerful mind transfer while she was there. Her peers were taken aback because it demonstrated that her willpower was stronger than that of the majority of the village’s shinobi.

While most people thought Sakura wasn’t very strong, she could outwit almost everyone around her. She was frequently one step ahead of her opponents, which compensated for her lack of physical ability. During fights, she pretended to be in a winning position,

even pretending to lose and finishing her opponents with a single hit. Sakura demonstrated that she was smarter than most of her peers and enemies in a variety of ways. Fans speculated on how powerful she would have been if her intelligence had been combined with more powerful special abilities.

Her team frequently relied on her exceptional memory. She proved useful over the years when it came to remembering all kinds of patterns and information. It seemed that whatever she saw or heard stayed with her for the rest of her life.

Her excellent memory came in handy when it came to putting together puzzles or piecing together bits. She naturally aced the written portion of the chunin Selection Exams, which most genin dreaded.

8. Sasuke was her husband.

Sakura had been in love with Sasuke since she first met him. Despite the fact that it never seemed to happen, she was always hopeful that they would end up together. Sakura was able to get to know him better when they were placed on the same team,

which led to more serious feelings, but Sasuke rejected her. Later, when Sasuke became a criminal, she tried to be rational and distance herself from her deep feelings. Nothing worked; she was still in love with him, she forgave Sasuke, and they eventually married, which changed Sasuke.

9. She had the ability to use both earth and water techniques.

Everyone, including Sakura’s friends, was taken aback. A ninja who used two of the five basic nature transformations was extremely rare. When Sakura used Cherry Blossom Impact while looking for Kakashi,

everyone thought she was way cooler than she appeared at first. She was also able to use the Water technique, proving Sakura to be something truly unique.

10. How many missions did Sakura finish?

During the manga run of Naruto, data books were released that contained trivia and facts about the characters for fans to enjoy. Sakura’s information included the official number of missions she completed. She had 34 in total. There are 12 D rankers, nine C rankers, six B rankers,

and seven A-rankers among them. D-rank missions were intende to be the most basic, and they were typically assigne to newly graduate Ninja Academy students. A rank ninjas were assigne the most difficult of the ranks here,

If I even have missed any great point about this topic Kindly comment below so that everyone can share. We’ll be happy to inform us about this within the comments So write your comments down below.