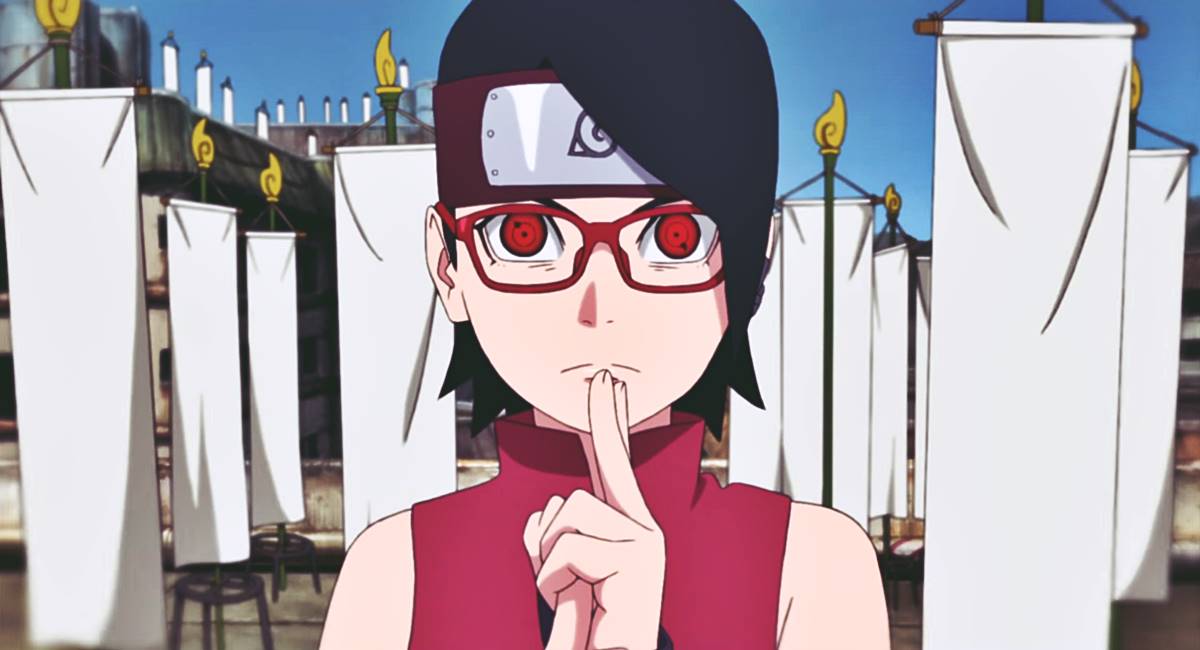 Her character is initially introduced in Boruto: Naruto the Movie (2015), where she is a low-ranking ninja (Genin) from Konohagakure who aspires to become the village’s leader, the Hokage. Sarada also appears in Uky Kodachi’s manga series Boruto: Naruto Next Generations (2016) and its anime adaptation, in which she interacts with her family and future colleagues Boruto Uzumaki and Mitsuki, whom she is led by Konohamaru Sarutobi.

At the same time, they are establishing their paths. Boruto, the son of the 7th Hokage Naruto, is the most prominent example. Sarada, the daughter of Sasuke and Sakura, is another character who is well-liked. Here are some interesting facts and trivia about the character that novices and enthusiasts may not be aware of.

1. Sarada’s Shares Her Name with An Indian Mystic.

Sarada’s name is based on something, similar to how some character’s names are based on things. It is named after Sarada Devi, an Indian mystic who is the wife and spiritual counterpart of the Hindu monk Ramakrishna. Sarada’s teachings are intimately tied to the mind itself, and there is a short reference to Sarada’s intelligence.

Of course, Sarada’s name is most likely a blend of the names of numerous close relatives of the Uchiha family. For example, Sasuke and Sakura might be merge, as could Itachi, the name of one of her uncles.

One of the very minor characteristics of the character is her dislike of tomatoes. Having tomatoes be Sarada’s hate, similar to how many people have the foods they dislike, is ironic. Sasuke’s father loves food, so, ironically, this is something she didn’t receive from him.

3. Sarada Uchiha Could Have Had Long Hair In The Development Stage

Sarada was suppose to have long locks like her mother in the first few arcs of Naruto during the idea phase of her character. However, he opted to keep it short due to certain thoughts from the authors. Because it would have clashed significantly with Sarada’s serious intentions if it had been long and flowing.

In contrast to her dislike of tomatoes, she enjoys anything that has to do with black tea. The mellower flavor, paired with the sweetness of the food, would make it a genuine pleasure. In contrast to tomato’s more sour qualities. Nonetheless, it depicts Sarada as a character in certain ways. She is mainly mellow, but she does have a sweet side to her.

5. Sarada Uchiha Was Originally Going To Have A Different Personality

In terms of Sarada’s evolution, Kishimoto was thinking about her personality as well as her haircut when he was first working on the character. She was supposed to be different throughout that period of development than she is now. Even though it’s evident that didn’t happen. This is because of Kishimoto’s belief that her arc should be sombre.

6. Chocho Was Designed To Bounce Off Of Sarada’s Development

However, portions of Sarada’s personality were subsequently transferred to Chocho Akimichi to contrast this. As a way of balancing Sarada, she uses her more lighthearted attitude. Her growth would then take place in a way that would benefit both of them. A good technique to produce some further character development is to create a wonderful fascinating contrast.

7. The Focus On Sarada And Her Family Is Core To Her Character

She, on the other hand, has a negative first impression of her father, believing incorrectly that he is unconcerne about his family. Sarada realizes that she would love Sakura regardless of their blood relation, and she wishes to save and protect her at all costs after Naruto Uzumaki, the leader of Konohagakure, lets her understand that family is not a question of blood.

Sarada’s overall theme is her relationship with her family, as evidenced by the arcs and her growth as a character. To be fair, because they are the next generation, this also applies to the majority of the characters in the franchise. Sarada’s case, on the other hand, is more unique due to her father’s frequent absence from the community. This explains why she had her storyline and a stronger bond with her mother.

8. The Glasses Were Developed To Make Her More Appealing

This is one of Kishimoto’s more interesting decisions. Sarada received her glasses as a present from Karin, according to the storyline. When looking into the actual development, however, it was clear that it was only there for the sake of aesthetics. Kishimoto’s goal was to make her appear cute even while she wore spectacles, which were frequently regarded as being cute when removed.

Sarada’s eyesight was revealed to be more complicated than being nearsighted or farsighted in the actual Boruto story. Rather, she had it as a result of a fever. Her fever was so high that it caused her to get this illness. However, this does not rule out the possibility of her doing the Sharingan like her father. In any case, this makes her incredibly capable. Even so, she inherited many of her mother’s abilities, from her brilliance to her strength.

10. If She Succeeds In Her Goal, She Will Become The First Uchiha Hokage

This is more of a technical issue. However, there has never been an Uchiha who has ever been the Hokage, as evidenced by the majority of the Hokage’s who have been featured throughout the series. While it’s true that characters from the same tier existed, the reality remains. Sarada, on the other hand, wants to be the next Hokage, and if she succeeds, she will be the first Uchiha to do so technically. Not only that but just because Danzo Shimura, the sixth Hokage candidate, had the Sharingan didn’t guarantee he was an Uchiha. This effectively fulfills Madara’s function of practically sharing the Hokage role.