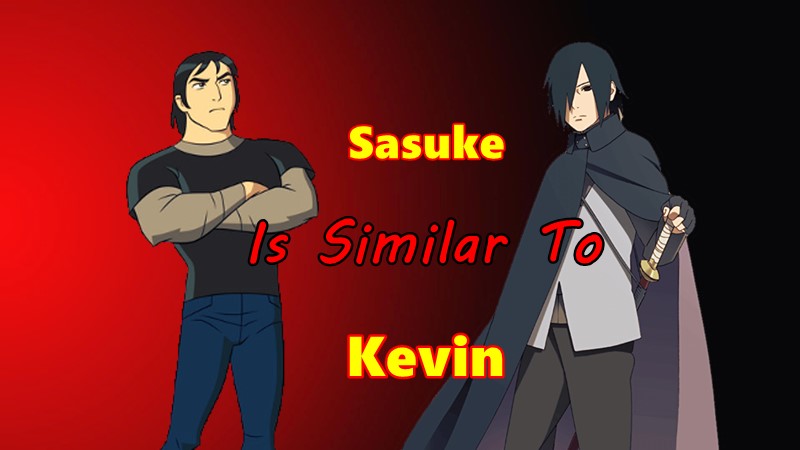 Did anyone notice the character from the Ben Ten called Kevin is a little like Sasuke Uchiha?, I mean let me just start with the little details like both of them are similar in appearence like from their colour of their eyes,  hair and skin. And they also the same kind of hair. They both are in a relationships with the “main female” character of the show. They both are considered like a brother to the main character and are their best friend. They both were once villains and had major fights with the main character. And the mist biggest similarity is the fact that they been lied about their childhood for years by a group with similar name’s and a similar status if thiught about it. Like for Sasuke Uchiha it’s Roots a much darker version of Anbu and for Kevin the Rooter’s a much darker version Plumbers. I mean they are my favorite characters from their own respective shows and Maybe thats why I noticed it but did anyone else notice this?