Home Entertainment Sasuke would be a better Hokage than Naruto? 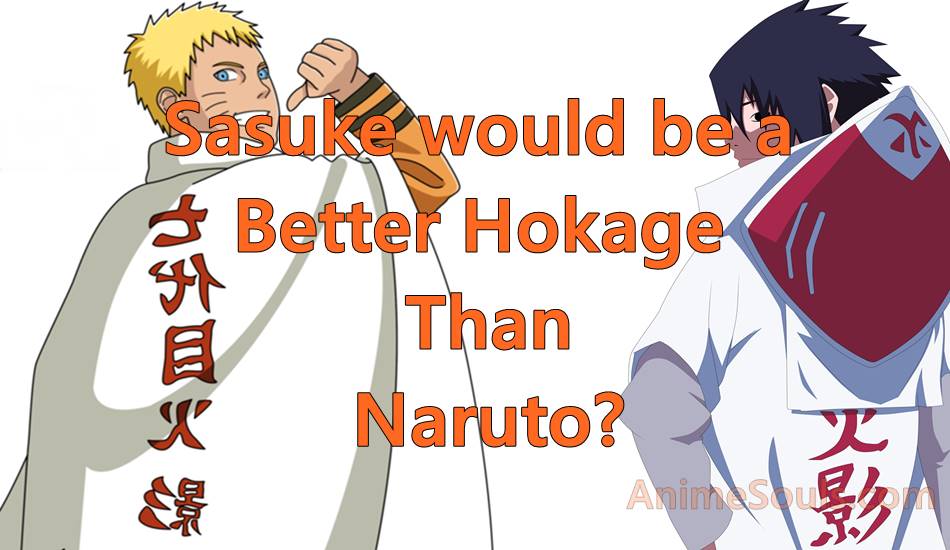 I think sasuke Uchiha would make a great Hokage despite the fact of his past crimes other than that he’s smart and strong, He can probably manage to be a Hokage.

The truth is Sasuke more like Danzo Shimura, protecting Konoha from the shadows. Sasuke Uchiha does not have the sort of popularity and fame that Naruto does. If he became Hokage, chances are it would be like when Danzo Shimura became Hokage, no one would hardly know who he was, and the ones that did, would be because they knew of his past crimes.

Remember, Boruto didn’t know Sasuke Uchiha for his achievements, he knew Sasuke because he was his dad’s rival, the only man who could hold a candle to Naruto.

Being strong and smart isn’t enough, you have to establish a connection with the villagers. Its not men who become Hokage are respected, its men that are respected become Hokage. Its the same problem Danzo Shimura ran into, he may have had the strength and intelligence, but even he had to admit Naruto’s word carried more weight than his, even as Hokage, because Naruto was the Hero of Konoha.

Naruto became Hokage in part because of this popularity, not just because he was the strongest.