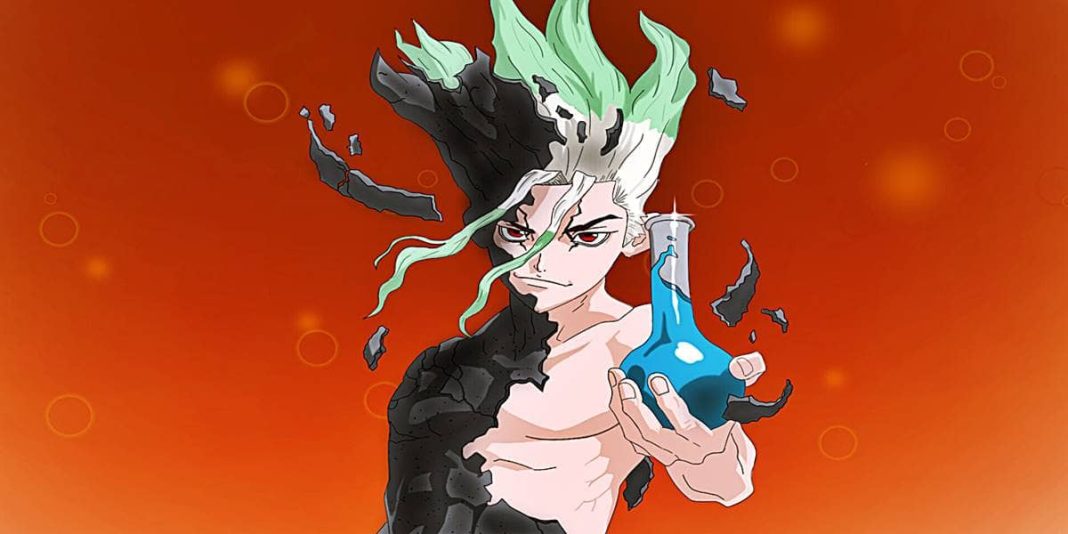 Senku: Hello guys. How are you all?. In this blog, we will look some into some interesting facts about the main character of the anime series Dr. Stone, Senku Ishigami.

1. Senku Ishigami, is the main character of the series Dr. Stone. Senku name means Pioneer and ishigami means stone god.  The manga started in march 2021 in Shueisha’s weekly shonen jump. His main aim is to revive civilization and make a kingdom of science in the stone world.

3. Senku ishigami is a master of science and is currently the village chief in ishigami village. In ishigami village he is very loved due to his techniques and is regarded as a legend. He is in fact leader of the science kingdom.  And also the member of five wise generals. He provided ideas and initiate them for their large plans. The members also include Chrome, Gen, Ukyo, and Ryusui.

Senku is a confident and very intellectual person

4. Senku is a confident and very intellectual person who can become arrogant sometimes. His knowledge of science makes him very famous and self-dependent. Sometimes he becomes exaggerated over a science experiment or Discovery of something new. Senku has a very logical mind, believing that there is nothing science cant do.

5 . Although he has a strong sense of justice, he often goes against rules and gets what he wants. He often builds inventions and uses them for his own interest But besides that, he has really kind heart and is selfless, When he mourns his adoptive father’s death. After all these things he just lacks in physical abilities, he is someone who does tasks whatever it takes to do.

6. He is an encyclopedia of knowledge of all things in science. His known subjects are physics, engineering, geology, biology, chemistry, and mathematics. He can create any tools of science relation like machines, gadgets and etc. He is known as one of the sharpest and most intelligent men in the world. Senku has an analyst mind and resourcefulness He has great mental ability and keeps he cools in most situations While he lacks in physical abilities he makes it up with his sheer determination and persistence. He kept his consciousness during petrification and came back remembered the exact time.

7. He was a  great craftsman. He built and designed a miniature rocket ship, alongside many other gadgets In addition, he is a great strategist. Senku can make a motivation to other people. He coordinated and managed villagers to go against Tsukasa’s army of might. Senku remembers every sequence of what he discovered and what experiment he has done. He is best at making tools for science.

8. Besides being arrogant and eccentric. Senku has a good understanding of people. He can also speak languages like Japanese and English. For example, he understood what Taiju and Dr. Xeno were discussing without any problems. Many women have been seen showing interest in him like Kohaku, Ruby, Ruri, Amaryllis, and luna.

9. He is bad at cooking. He is shown how to cook but lacks experience and quality ingredients. His food doesn’t taste good.  He has bad luck as he often runs into trouble.  He doesn’t abandon anyone who needs him and those who are in danger.

10. He said doremon inspired him for science. He also loved games like super Mario bros, civilization, Dragon Quest, and monsters hunter. Senku has been ranked 1st place in character polls of popularity. He is allergic to lacquer so that his face swells greatly.

So these are facts about Senku Ishigami and I hope you got to know more about your favorite character.