Home Tech Something About Byakugō no jutsu Hundred Seal 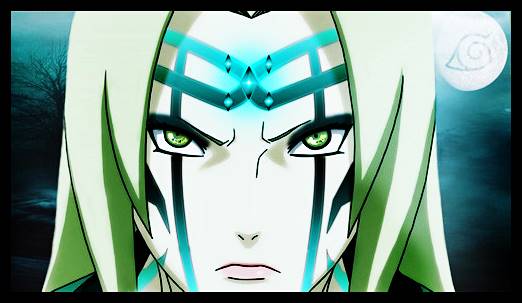 Guys, not to be so in the characters I’m going this speaking of Byakugō and villages too! A little bit about the Byakugō now…
_ the user of the seal of the strength of a hundred uses the yin seal: Release, but instead of spreading the “tapes” only in your face, they are spreading in the entire body of the user. When Active if the technique, accelerates fragmentation cell phone with the goal to regenerate the wounds, having a continuous effect automatic, she instantly heals all wound without the slightest need to activate the cure with a conscious effort or stamps of hand. The technique is of a high level of healing, getting even regenerate in seconds the womb of tsunade crossed with two swords.
When you pull over in an ally and you use the transfer of chakra, the stretch marks in the ally, maybe transmitting the cure to it, or not.
The technique offers a force and confidence too high to the user, and because of that Tsunade left only users of this technique that they ignored the three previous rules of ninjas doctors – seen as extremely effective in attempt to keep the ninjas doctors of all conflicts – established Tsunade.
– however, the technique has its disadvantages:
The technique only remain if the user still has a reserve of chakra.
The technique can’t join a body fragmented, only if they are glued.
The cells of a body can only if fragment a number of times in a life, and, to speed up this system, Tsunade and sakura are shortening the limit of natural life. This limit is not known, but clearly it’s not big enough to result to take them to the death in moments of struggle.

* Myth Uzumaki and Hashirama senju were perhaps the greatest inspiration of the creation of this technique of Tsunade, that is, putting the seal on the strength of a hundred myth with the skill of regeneration of Hashirama – said having similar nature to this technique, because of the cure Instant of wounds without the need for hand stamps, speaks of Madara Uchiha
* when written as ” bái háo “, byakugō means ” Ūrṇā ” (literally means ” beautiful white hair “), a swirl of white hair on the forehead of the Buddha, represented in the art for a spiral or a point, or even a piece of jewelry or Pearl. He represents the third eye that allows you to see beyond the mundane world and inside the divine world.