Home ANIME Something About Dabi And His Quirk

Dabi And His Quirk

“Vanguard Action Squad”. he and the rest of his team serve as the main enemy of the

dabi is a skinny young man with the dark and spiky hair. Dabi’s most striking feature is

that large patches of his skin are deeply wrinkled and purple. The borders between those

areas and the rest of his skin, pale and smooth, appear to be held together by crude

surgical stitches or staples. Rows of stitches extend from the corners of his mouth to above

dabi both ears, giving him something of a permanent smile. His eyes are heavily lidded.

He wears dark pants that reach above his ankles and a dark coat over a simple light shirt,

along with dark shoes. dabi also wears a belt and what appears to be a small leather pouch 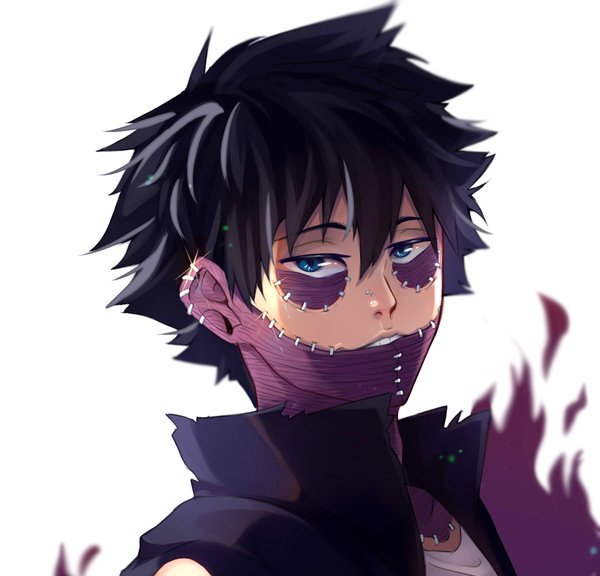 Dabi appears to have poor manners, as he was reluctant to introduce himself to Tomura

headed, confident, and focused on the task at hand. He rarely expresses emotion, if ever.

He has great respect towards Stain and his philosophy, which resonated very well with him.

He intends to be the one to fulfill Stain’s vision of a better future.

very efficiently, and leaving behind the charred and rotten corpses within seconds of

coming into contact with his flames. Dabi has not shown any particular ability to

manipulate the fire that he produces. It is unknown if he can do this, or if his Quirk simply

allows him to shoot fire. It’s also unknown if Dabi is immune to the effects of his own

Quirk. He has many burn marks all over his body that could be a direct result of his Quirk,

but this is unconfirmed. 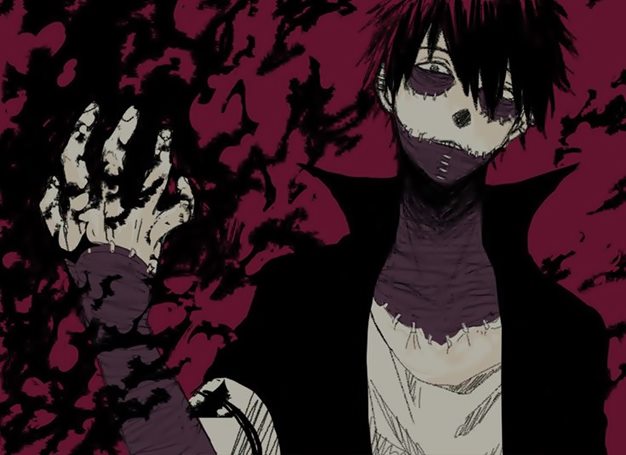 Dabi has committed many crimes, but they were mainly petty crimes that did not stand

out. After Hero Killer Stain was defeated and his life backstory revealed into the public,

He became inspired by Hero Killer Stain’s ideology and decided to join the organization.