Home Lifestyle Something About Dabi And His Quirk

Dabi’s Quirk :- Dabi’s Quirk allows him to generate and shoot off a dark coloured flame from his hands. He is able to generate a large amount of fire from his hands, blasting a surrounding area. Dabi is able to use it for offensive purposes. He is able to use it to kill very efficiently, and leaving behind the charred and rotten corpses within seconds of coming into contact with his flames. Dabi has not shown any particular ability to manipulate the fire that he produces. It is unknown if he can do this, or if his Quirk simply allows him to shoot fire. It is also unknown if Dabi is immune to the effects of his own Quirk. He has many burn marks all over his body that could be a direct result of his Quirk, but this is unconfirmed. Dabi has committed many crimes, but they were mainly petty crimes that did not stand out. After Hero Killer Stain was defeated and his life backstory revealed into the public, Dabi became inspired by Hero Killer Stain’s ideology and decided to join the organization. 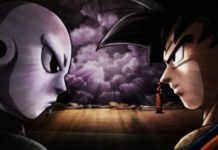