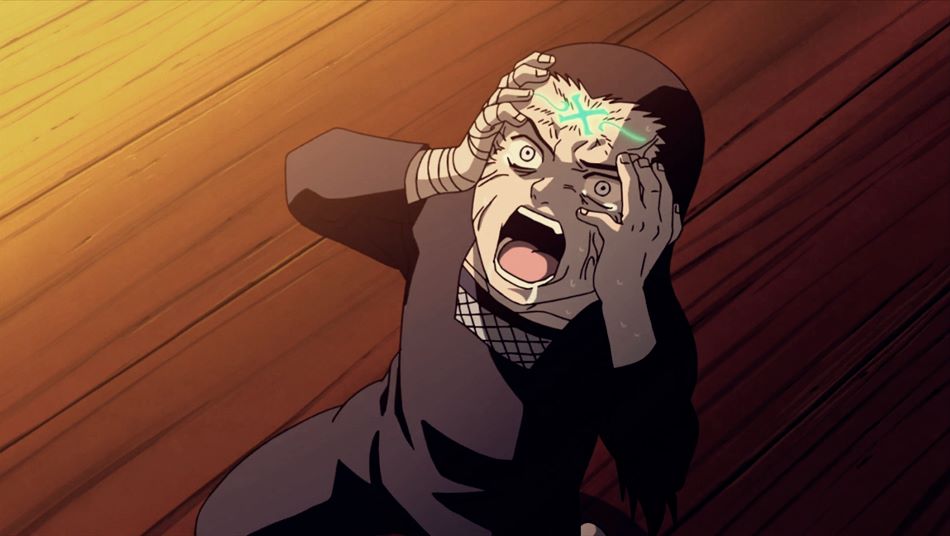 This Hyuga Main Family’s Cursed Seal Technique The seal is branded on all branch house members in the Hyuga clan by members of the Hyuga main house. The Hyuga main purpose is to seal the Byakugan at death, so that it’s secrets never fall into the hands of the enemy. When the branch Hyuga dies, the seal disappears, sealing away the Byakugan with it. The secondary purpose is to control the Hyuga branch house members, since it can be activated at will by a Hyuga main house member with a hand seal only known by them to destroy the wearer’s brain cells The seal is branded on a branch member’s forehead when the next heir or heiress of the Hyuga main house turns three years old, (Neji Hyuga received his at the age of four on Hinata Hyuga’s third birthday), and is only removed upon their death. Hyuga Branch house members tend to keep their foreheads concealed because of the seal.

Because of the seal’s resemblance to a manji, which in actuality is a Buddhist and Hindu symbol, but more commonly associated with the inverted Hakenkreuz of the Nazi party it is replaced with the an ‘X’ in the anime version of the series to avoid confusion. It receives the same treatment in “Viz’s” monthly distribution of the English manga, but the original design is retained in “Viz’s” volume compilations. The “Viz” version (English version) of the manga has also take care to always mention that the symbol is not a ‘swastika’ whenever it is displayed. 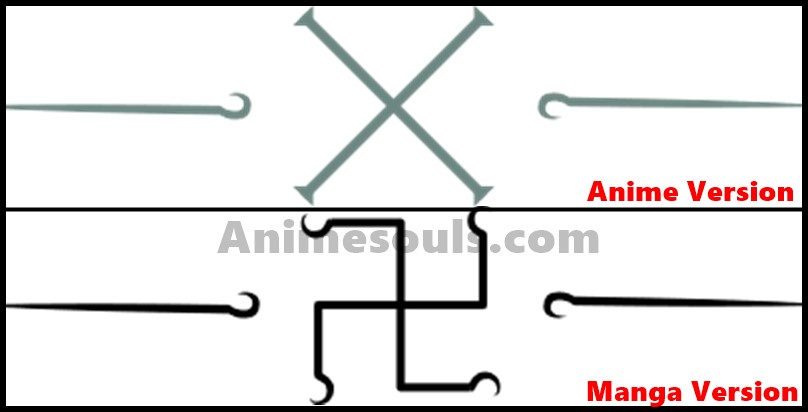