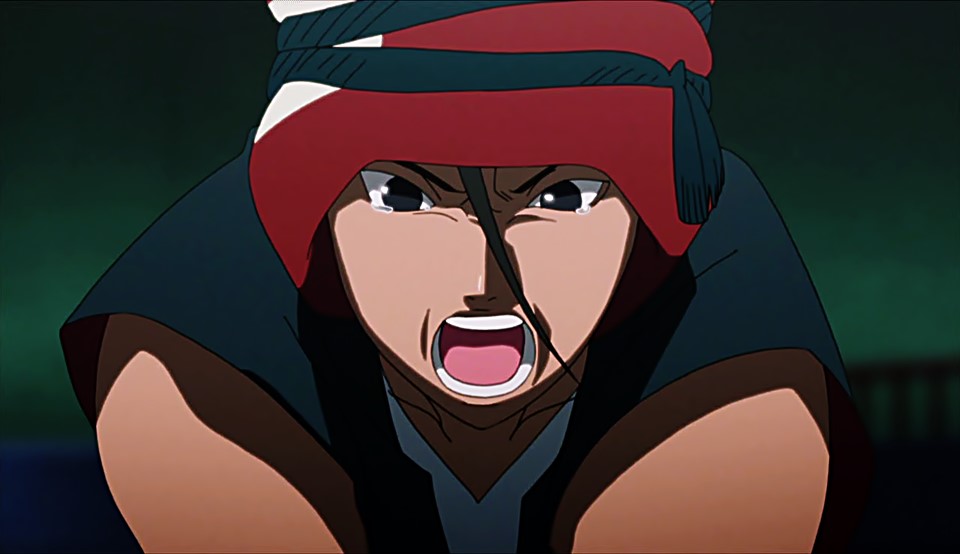 Iwabee is a Konohagakure Academy student. While a standout during his entire all time enrolled, his low test grades lead him to be held back every time.Dreaming of becoming a famous ninja, Iwabee Yuino soon enrolled in the Academy. While consistently scoring top marks in the all physical practices of his various classes, his dislike of book studies not related to all ninjutsu but still curriculum required lead him to get equal consistence low written grades. This made him fail the graduation exams twice. Blaming the new shinobi era’s pursuit of both studies and physical skills for him being held back, Iwabee Yuino became rebellious. He would regularly skip classes completely and become harsh if not confrontational with the younger students.Valuing strength above all else, Iwabee Yuino shows a very blunt and domineering attitude, openly proclaiming that strong people can do as they please. While born in an era of peace, he admires the warring era, believing its constant struggles were the key to forging might ninja. He has shown a strong admiration of Naruto Uzumaki, who became the arguably the strongest ninja in history despite his harsh start. He also views the Academy students as weak and lazy, taking advantage of the peaceful times and only becoming ninja by name alone. Desiring recognition, Iwabee despising being looked down upon. He also has a very high opinion of himself, viewing other students as beneath him is very bossy towards them, demanding to give him privacy. He is also shown to be fairly short tempered, as upon his views being challenged, he can get very aggressive if not violent. Being older than his classmates and more focused on actual combat, Iwabee Yuino is more conditioned for the practice, able to make quick and decisive decisions in battle. He also has shown a very tactical nature, able to use various basic techniques to outwit his foes.

His attitude stems from his misfortune in being held back in the Academy. While hardworking, his single-minded nature on becoming a ninja lead him to slack off on his other required studies, which ultimately became the key reason he failed the graduation exams twice. Unable to improve this area of training but unable to accept it, he took his anger out on others.

This attitude changed after meeting Boruto. While having an especial disdain for him, seeing him as an overly-privileged son of the Seventh Hokage who took advantage of his lineage for special treatment, he was amazed to see how strong-willed Boruto was in his refusal to give up. Ironically, Boruto helped Iwabee see that he was being a hypocrite at trying to avoid his problems. Afterwards, Iwabee became much more civil to Boruto and the other classmates.