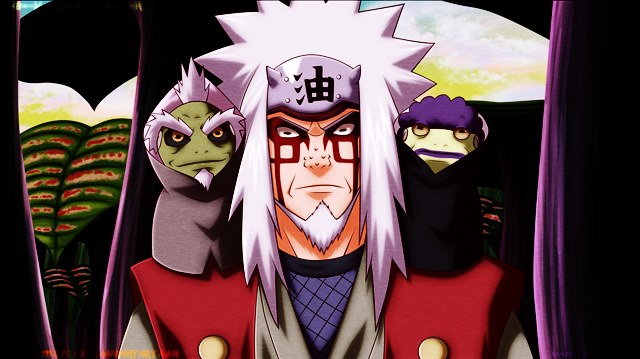 The Two Great Sage Toads (Nidaisengama) is the collective name given to Fukasaku and lady Shima two toads from Mount Myoboku, who rank immediately under the Great Toad Sage. They are husband and wife, and often call each other ‘Pa’ and ‘Ma’. 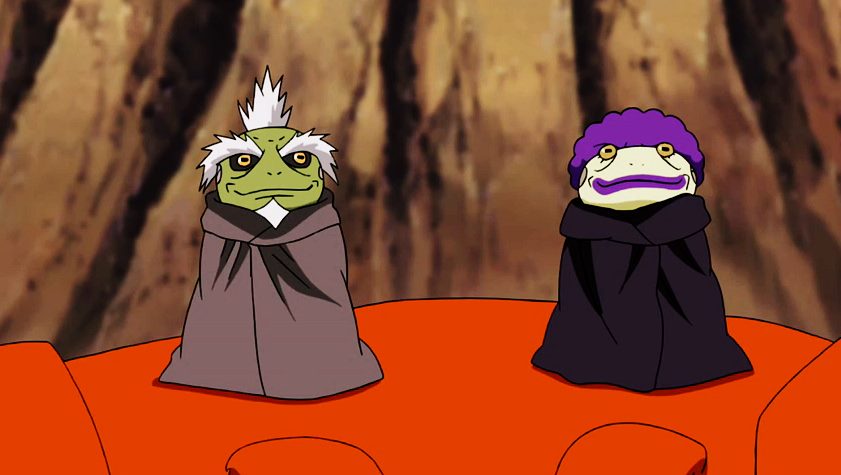 If one needs to enter the Sage Mode, they can be summoned and fused Chakra onto the summoners shoulders, to channel the the all natural energy while the summoner is in combat. Both great sage toads are extremely proficient in the use of elemental techniques that require the all nature manipulation of wind, water, fire. In addition, they are equally adept in the use of natural energy to augment their abilities. They are also able to use high level sound based genjutsu techniques that involve the use of toad sound waves to confuse, immobilise or paralyse the enemy.

They were first called into battle alongside Jiraiya when he fought the Six Paths of Pain and later fought alongside Uzumaki Naruto during the Pain’s assault on Konohagakure.