Home ANIME Something About Uchiha Mikoto 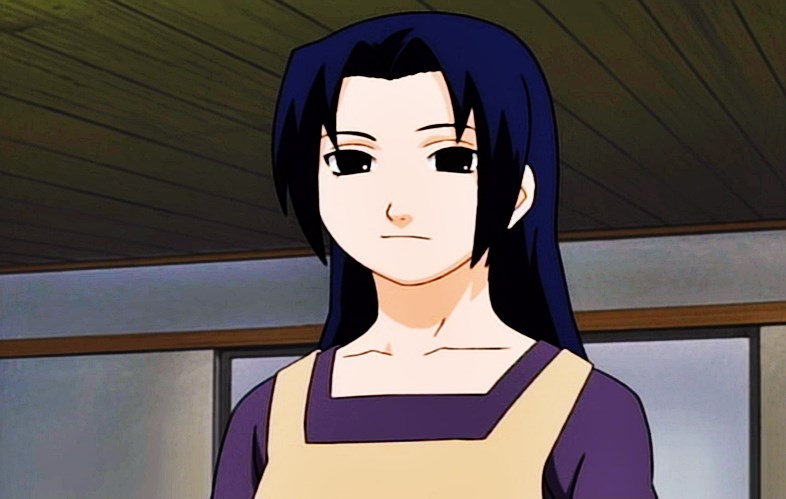 Uchiha Mikoto was a jonin from Konohagakure’s (Hidden Leaf Village) Uchiha clan.
After marrying Uchiha Fugaku, Mikoto settled down to become a housewife, raising their two sons Uchiha Itachi and Uchiha Sasuke. Just before her good friend Uzumaki Kushina gave birth, Mikoto met up with her while walking through the streets and introduced Uchiha Sasuke to her and Sarutobi Biwako. When Sarutobi Biwako noted that they had named him after the Third Hokage’s father, Uchiha Mikoto explained that it was so that Sasuke would grow up to be just as the strong a shinobi as his namesake. Mikoto agreed with Kushina’s hopes that their sons would become good friends, and when Uzumaki Kushina asked whether or not childbirth was so painful, Uchiha Mikoto laughed, having found the one thing that Uchiha Kushina was seemingly afraid of. From this conversation, she is one of the few to be aware of Uzumaki Naruto’s identity as Minato and Uzumaki Kushina’s son.

During the Nine-Tailed Fox’s Attack, Uchiha Itachi noted that she and Uchiha Fugaku weren’t at home, before the beast struck. Mikoto where abouts were unknown. After the Nine-Tails was stopped, Uchiha Mikoto went to the hospital to check on Uzumaki Kushina’s newborn son, Uzumaki Naruto, greatly saddened for the loss of her dear friend. 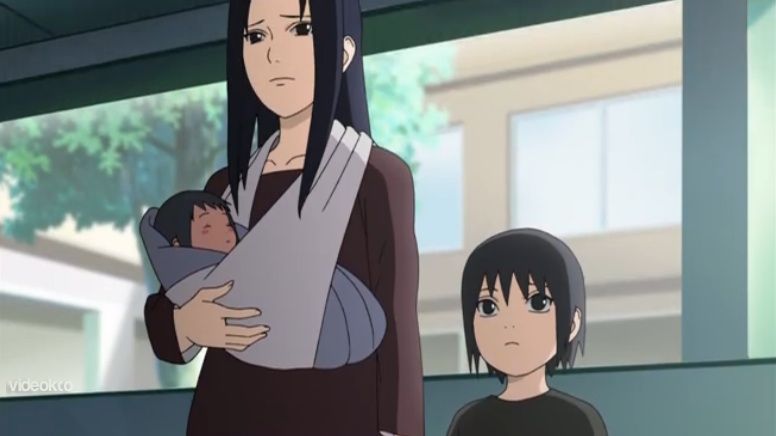 When the downfall of the Uchiha clan was being carried out, Uchiha Itachi confronted her and Uchiha Fugaku, having left them until last. Mikoto knelt down beside her husband (Uchiha Fugaku), putting up no resistance. When their son tried to explain himself, Mikoto simply told him that she understood before allowing a distraught Uchiha Itachi to kill them. This would later prompt Uchiha Sasuke to want to avenge Mikoto death along with that of the rest of the Uchiha clan’s.