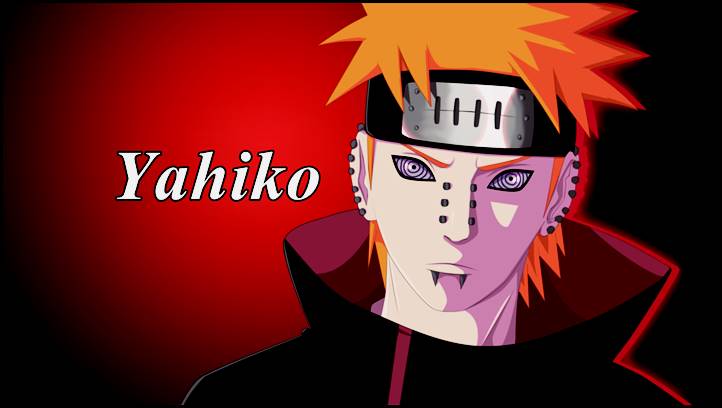 A little bit about the yahiko for you guys, I couldn’t find much about him, but ai ta ^^
– Yahiko (mí yàn, yahiko) was a shinobi of amegakure and founder of the original akatsuki before his death. However, the corpse of yahiko became the vessel in which your teammate, nagato, operates under the name of pain, the way I should of the six paths of pain of nagato.

* Yahiko shared his birthday and his blood type with his old teammate, konan.

* the eyes of yahiko are displayed as a blue light in the manga. In the anime, the eyes are described as brown.

* when divided into separate your kanji, ya (Mí) means increasing, while hiko (Yàn) means boy.

* Yahiko had the ability to use techniques based on water, although the only example of this shown in the series was the release of water: Wild Water Wave, in which he was capable of shooting a jet of water from your mouth.

* few know, but the way I should also had the ability to control the rain.

* the fact that he was seen carrying a great sword in flashbacks it is suggested that he was skilled in kenjutsu.

* being the way I should, he was considered as the most powerful way of the six paths of nagato.
– according to the (s) Databook (s):

* His hobby was fishing.