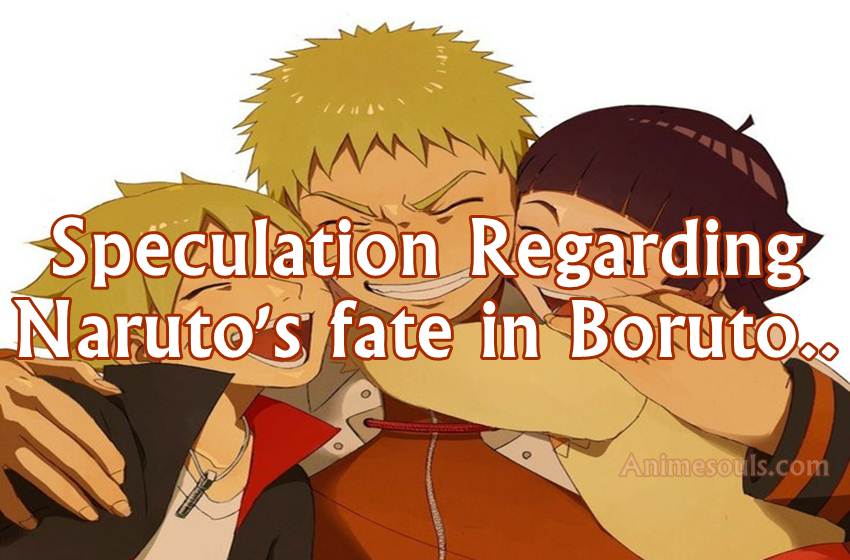 What Boruto: Naruto Next Generations manga is so far doing different from Naruto and Naruto Shippuden is that it seems to be making a greater effort in expanding the world beyond Konohagakure and the hidden villages, what with the introduction of The Daimyo and such. Because of that, I can’t help but feel that it’s gonna be some political manipulations and quagmire that is gonna put Naruto and Sasuke out of the game.

Let’s be fair; Naruto and Sasuke are basically ninja gods. Even if Kawaki reached Kaguya levels of power (I hope he doesn’t), he wouldn’t be able to take both of them on. So what do I think happens? Tobi-style behind the scene manipulations.

Kawaki, or any of his subordinates, may pull a few strings and turn the Land of Fire on Konohagakure. Naruto will be stripped off his title as Hokage, while Sasuke will be pursued for his past crimes. After separating the two, he will attack Naruto with every military fleet in his disposition and every ounce of chakra he can gather and either kill him (if Ikemoto has the balls) or seal him in another dimension. Though I think sealing him in another dimension would make more sense, as it would simultaneously explain why Sasuke would leave Boruto to fight Kawaki; maybe cause he was searching for Naruto during that time.

I know I’m simply grasping at straws here, but I wanted to share this with you guys and maybe get some of your own opinions.