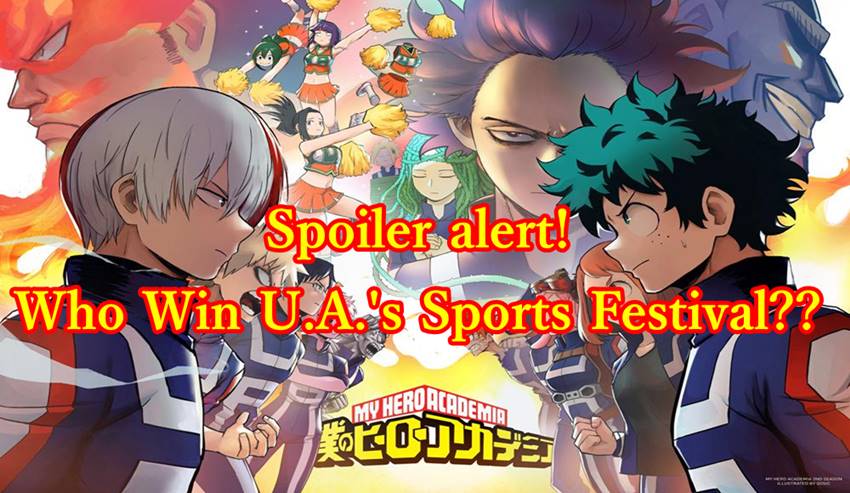 The closing ceremony of the U.A.’s Sports Festival reaches the award ceremony. Fumikage Tokoyami, Shoto Todoroki and Katsuki Bakugo stand on the 3rd, 2nd and 1st podium respectively to receive their medals. However, due to being furious at Todoroki and to prevent him from unleashing his fury at him, Katsuki Bakugo is fully restrained, his arms and hands restrained with locks, his body wrapped around a wooden log, chained to the podium and a face mask.