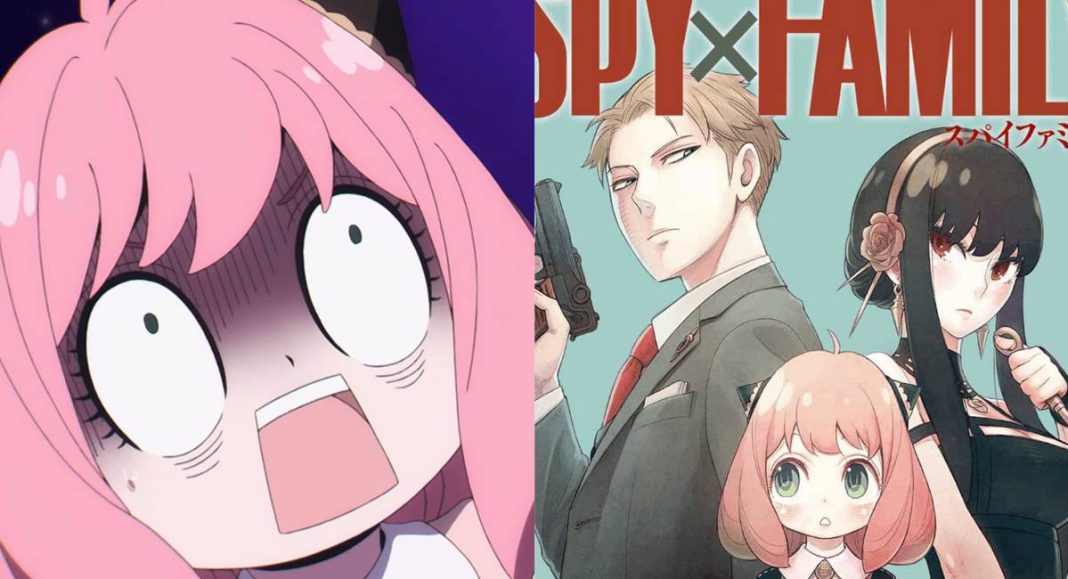 Spy X Family Best Characters: The three unique characters who joined together to form a dynamic family are the basis for this manga’s quick success. For his Operation Strix mission, a spy by the name of Twilight is creating a fictitious family in this scene. He needs to adopt a kid and put her in a school where both parents have to be there if he wants to succeed.

Thus, he adopts Anya, endowed with telepathy, and weds Yor Briar, an assassin who he was unaware of. As a result, this unusual family tries to coexist while trying to conceal their true identity. The Top 10 best Characters in Spy x Family with Great Roles are presented to you today as a result (2022).

The most well-known figure in Spy Family and one of the primary protagonists is Anya Forger. The reason she developed telepathy was because she was formerly Subject 007, a test subject for an unidentified organisation.

She leaves the research facility and heads to the orphanage, where she takes on the identity of Loid’s fictitious daughter. No one in this programme is aware of her abilities, but she is the only one who is aware of everyone’s true identities. Anya loves that her mother is an assassin and that her father is a spy because she enjoys watching spy animes, which are full of missions and secrets.

In his capacity as a spy, Loid Forger is quite cool and calculating. He makes an effort to maintain a distance from his fictitious daughter and wife in order to avoid offending them. In order to stop youngsters from crying, Loid, an orphan from the war, decided to become a spy. Donovan Desmond, who only emerges during unique events like Eden Academy’s school reunions, must be looked into for his most recent operation.

As a result, he required a wife and a daughter so that he could present the wife as the mother of the child and send the daughter to this particular school. He currently goes by the fictitious name Loid Forger and claims to be a psychiatrist, despite not knowing his own name or age.

Yor Forger is yet another of the most well-known figures in the anime Spy Family. She is the spouse of Loid Forger and also goes by the name Thorn Princess in a covert capacity. Yor is an inhumanly powerful and skilled assassin who is capable of taking down numerous targets by himself. She is also very impulsive and very inept at cooking.

She had to raise her younger brother by herself when she was a young child after losing both of her parents. Yor Forger acts as an assassin primarily to support him. She begins to feel something for Loid, as suggested in the manga.

From the anime Spy Family, Damian is another well-known character. Being the son of Loid’s target Donovan Desmond, he is Anya’s classmate and is also rather cocky and haughty. Damian first treated Anya with disdain and they regularly argued. He subsequently falls in love with her, though, and even stands up for her when they are competing in a dodgeball game.

Yor’s 20-year-old brother, Yuri, is unhealthyly obsessed with his sister. In order to ease his sister’s concerns about him, he keeps his employment with the State Security Services a secret. Yor reared him from an early age, and as a result, he has a sister complex and will do anything to defend her. The spy Twilight, who also happens to be Loid Forger, is the target of his search.

Twilight’s counterpart, Nightfall, or Fiona Frost, is a WISE spy. At the Berlint General Hospital, she assists Loid secretly. She gives Twilight all the information because she is a competent agent, and he also trained her. Yor’s wife is not acceptable to her because she is really in love with Twilight. Loid’s growing reliance on his fictitious family is something Fiona is also aware of.

The daughter of a prominent military manufacturing company’s CEO, Becky is a close friend of Anya’s. She is quite haughty and seems to be more experienced than Anya. She quickly forged a friendly bond with Anya despite the fact that nobody regarded her. When other people make fun of Anya, she even defends them. A huge Loid crush also exists for Becky.

Bond Forger, a significant member of the Forger family, and Anya were both once Subject 8s, test subjects for the Forger family. He underwent numerous tests, and as a result, he developed the ability to see into the future. A bow tie-shaped collar made by Anya is worn by Bond, a large white Great Pyrenees dog. Bondman is Anya’s favourite cartoon character, hence the name.

At WISE, Sylvia serves as both the handler and the primary source contact for Twilight. She is referred to as the Fullmetal Lady by her classmates because of her remarkable powers and skills. She once had a daughter Anya’s age, but it’s unknown what became of her. Aside from that, she is a demanding and highly professional operator.

The housemaster of Dorm 3 at Eden Academy is Henry, a history professor who is over 60 years old. The conduct of a person is the most significant factor in his eyes, and he values elegance to the highest degree. He even punched Murdock for acting impolitely toward the Forgers while he was in support of Anya at the time of her admission. He was demoted and now instructs elementary school kids.