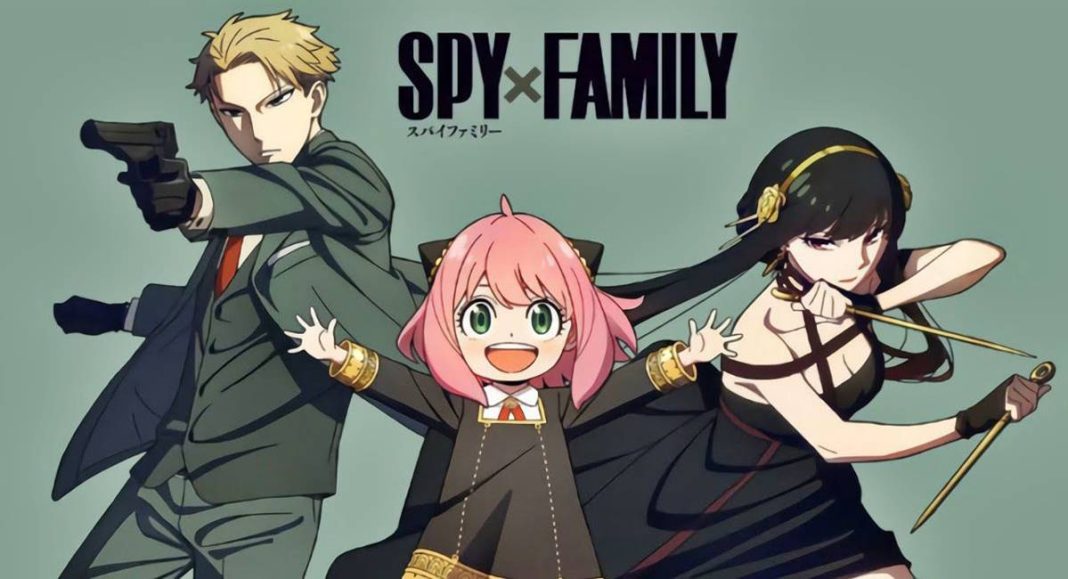 Spy x Family manga series by Tatsuya Endo has been adapted into an anime. On November 1, 2021, it was revealed that it would be animated by Wit Studio and CloverWorks and run for two distinct courses. The first day was April 9, 2022. On April 1, 2022, the first two episodes were aired ahead of schedule in some Japanese theatres. In this article, let’s talk about the Spy x Family.

Everyone conceals a portion of themselves from other people. Ostania and Westalis had been at war with one another for many years, during a time when all the countries were engaged in a ferocious informational conflict that was taking place behind closed doors.

Donovan Desmond, the leader of Ostania’s National Unity Party, is endangering peace efforts between the two countries, so the Eastern-Focused Division (WISE) of the Westalis Intelligence Services

sends its most gifted spy, “Twilight,” on a top-secret operation to look into his whereabouts. The name of this mission is “Operation Strix.” To sneak into social functions hosted by the exclusive school that Desmond’s son attends, it entails “assembling a family in one week.”

In “Twilight,” a psychiatrist named Loid Forger assumes the persona and begins searching for a family. The daughter he adopts, Anya, however, turns out to be able to read minds, whilst Yor, his wife, is an assassin! They begin living together while hiding their true identities from one another since doing so is in each of their best interests. As they set out on a surprising expedition, this new family finds themselves in charge of maintaining world peace.

Only five episodes into the series, we’ve already seen some fascinating glances into how these characters interact. These three individuals make the ideal team and “family” that will aid in maintaining peace between two antagonistic countries, whether it be thanks to Twilight’s meticulous mind, which is constantly at work as the master spy he is,

Anya’s hilarious reactions to having the ability to read minds, or Yor’s occasionally awkward bloodlust. Even some of the side figures that have been presented are endearing and perfectly complement the narrative.

a. Twilight, a.k.a. Loid Forger

James Bond is being challenged by this stylish badass spy. Twilight likes to work alone, much like Mr. Bond. Even so, he is given instructions to identify individuals who would make up his phoney family after being tasked with spying on a prominent politician. The ultimate objective was for “his child” to eventually attend the same elite school as the politician’s son

in order to be invited to a party for the parents of the school where he could finally spy on his target. James Bond is incredible, but could he ever start a family and act like the best father ever while still kicking ass

and being as “elegant” as possible? So far, he has demonstrated not just his fighting prowess but also his capacity to be a loving parent and spouse while still being a skilled spy. As parents, we watch as he gradually transitions into parenthood and see just how far he will go to fulfill his purpose

and develop into the devoted father he will finally become, regardless of the task at hand. Although early foreshadowing of folks opposing something only to have it turn into what they were fearing is nothing new, the way in which it was done with this particular character attracted people’s attention.

Most of the scenes this adorable telepath is in are hers alone. We can’t help but smile when she speaks, whether it’s due to her naive responses to situations or her ability to call Twilight a liar in the sweetest way. There is still a lot to learn about her past and how she came to have the skills she does,

but the fact that she is the only one who is aware of Yor and Twilight’s other jobs, together with her enthusiasm for her favorite spy program Spy Wars, makes for hilarious material.

Like the majority of anime produced nowadays, Spy x Family is a wonderfully crafted anime that produces some incredible action scene pieces. This exhibition looks incredible, which is no surprise given the work of studios like Wit Studio and CloverWorks. It doesn’t matter if it’s the hostage crisis in Episode 1 or the castle scene in Episode 5, each scene is expertly rendered

and makes the action as ferocious as something you’d see on programs like Demon Slayer and Fire Force. When it comes to a program this grounded, it says something that these two studios can continue to produce such exquisite animation that is set in a scenario that is more contemporary than some of the fantasy ideas they have previously worked on.

3. Story of a Rich World Building

The final aim is always addressed because it depends on Twilight’s mission’s success for peace between Westalis and Ostania, even if the tale centers on the “Forgers” and their ability to pose as the ideal family. We learn the history early on in the program as we learn

what exactly is at risk for the master spy and his fellow people. So far, world-building has created a setting that is strikingly reminiscent of the 1950s. We are transported back in time and shown both the positive and negative aspects of life in the center of the 20th century,

from the fashion to the social mores of the era. A twilight is undoubtedly a man ahead of his time, as evidenced by the fact that he is eager to challenge some of the prevailing “norms” in order to support his wife Yor, his partner, and be a better father to young Anya. In these last five episodes, they have succinctly introduced a rich world that serves as both a backdrop

for the motivation behind Twilight’s objective and the ground rules by which they must operate to fulfill it. This idea isn’t novel, but their particular spin makes it stand out.