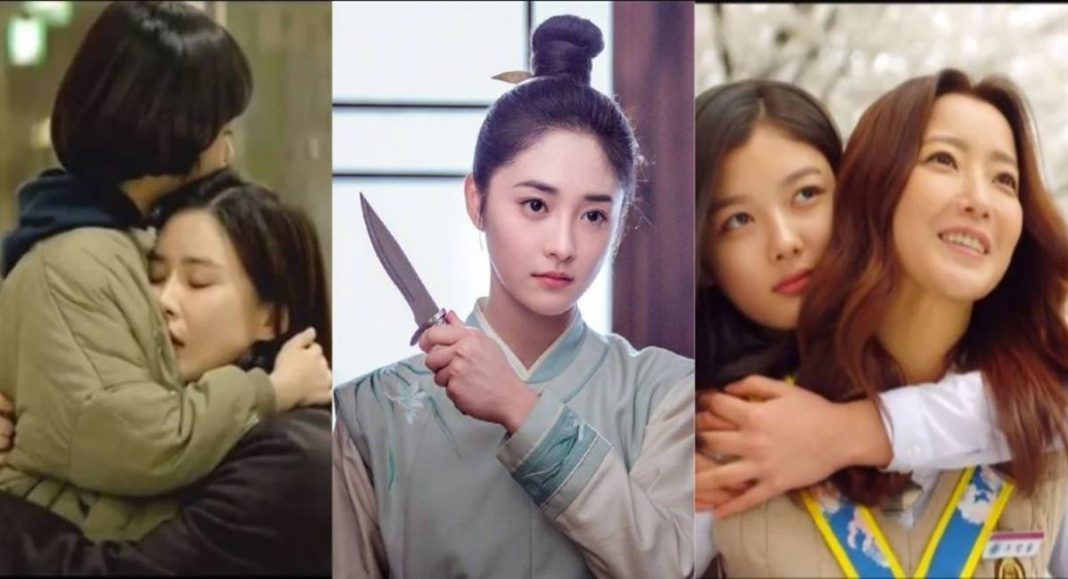 Strong Female: C-dramas cover a wide range of genres, including romance, science fiction, historical drama, and action. In honour of Women’s History Month, we’ve compiled a list of dramas with strong female characters who encourage women. Watching a TV show is sometimes like fleeing to a dream world where one can achieve whatever one desires. Favorite characters come together and love one another, overcoming obstacles and problems. However, it’s worth noting that the number of dramas featuring a strong female lead is quite low. Here are a few c dramas featuring strong female protagonists.

This is a fantastic Chinese drama that is both romantic and poignant. This show skillfully blends the themes of love, friendship, hardship, jealousy, hard work, and others to thrill viewers. The casting is fantastic. There are three of them: Zhu Yanmanzi, Zhao Shunran, and Shen Yu. It was published in the year 2019. It’s about a one-sided relationship between a brilliant and beautiful girl and her childhood buddy. We laugh, grin, and cry as the Chinese story takes many twists and turns.

Bei Weiwei, the computer department goddess who excels in her studies, stars in this Chinese drama. Her dream is to work as a game developer on the internet. Zhenshui Wuxiang, her internet husband, dumps her. Yixiao Naihe comes up behind her. The newly formed pair got along swimmingly. Her virtual husband’s real name was Xiao Nai, a college senior. Xiao Nai is a charming young man who is every girl’s ideal partner. After learning the truth about one other’s true identities, the two fall in love. This is the ideal Chinese drama to watch with your friends on a Saturday afternoon while eating a bowl of popcorn.

8. A Love So Beautiful (Strong Female)

This is the most popular C drama in the world. A Love So Beautiful is unquestionably one of the best Chinese dramas ever made. The story revolves around a high school romance. It is centered on friendship and family. Chen Xiao Xi’s life is the focus of A Love So Beautiful. She is a high school girl who is madly in love with Jiang Chen. Despite the fact that he repeatedly rejects her, she remains enamoured with him. She has a lot of fun with her fantastic pals and learns a lot in the process.

7. Put Your Head On My Shoulder

This is one of China’s most popular dramas. It first aired in the year 2019. The director, plot, and casting are all outstanding. Si Tu Mo is a lovely woman who is undecided about her future intentions. She decided to pursue a career in accounting. She does, however, have an interest in advertising. Si Tu Mo likes Fu Pei, but he hasn’t been able to find him. Fu Pei has a habit of taking Tu Mo for granted and hence repeatedly disappoints her. Wei Yi is an incredibly bright physics student with a high IQ. He took Tu Mo’s school bag by accident, and vice versa. From that point forward, they began to get to know each other. Because their mothers were classmates, they attempted to pair them up.

Yang Rong and Bai Yu feature in Memory Loss, a detective love story. In total, there are three seasons and 36 episodes. The music is fantastic, and the direction is excellent. It has developed a considerable international following. It revolves around Bai Jingxi, a brilliant police officer who collaborates with her partner Han Chen to solve a variety of challenging cases utilizing her exceptional deductive thinking.

Princess Wei Young is resourceful and brave, and she knows how to utilize her charm and beauty as weapons. She is not only stunning but also highly intelligent. She takes on the identity of a friend in order to continue living as Prime Minister Li’s illegitimate daughter. Her main purpose is to discover the truth about her family’s assassination and avenge their deaths. She swiftly advances up the ranks, using her own instincts and analytical intellect to overcome the issues she meets, despite the political upheaval and intricate war for power. Her character’s strength is the driving force behind the entire story.

My Unicorn Girl is a nice and peaceful drama that We recommend if you’re searching for something to watch. Sang Tian, a promising figure skater, is denied admission to the university where her mother formerly studied. She refuses to give up and disguises herself as a male ice hockey player in order to attend her mother’s alma mater and study. She then meets Wen Bing, who can’t remember faces due to an accident he was involved in as a child, defying all the traditions of only having a boy’s hockey team.

3. In a class of her own (Strong Female)

Wen Xi dresses up as a boy to help pay for her family’s debt and her brother’s medicine in the latest Chinese translation of the Sungkyunkwan Scandal, In a Class of Her Own. She then meets the prime minister’s son, who is blown away by her work and wishes for her to join the Yun Shang Academy. She has no choice but to continue disguising herself as a boy in the theatre because being a scholar has many advantages and she can learn while doing so.

2. When we were Young (Strong Female)

When We Were Young is a 1996 school drama set in a nostalgic era. During their third year of high school, Yang Xi, Hua Biao, Li Yu, Si Tu Er Tiao, and Yang Xiao He Mei endure ups and downs. They experience a variety of thrills and obstacles at school, at home, and in their respective professions and college selections. They all overcome these obstacles, though, due to their deep relationship. Yang Xi has a tomboyish attitude and style, yet she is always fearless and stands up for what is correct when it comes to justice.

1. The Romance of Tiger and Rose

After finally selling her TV show script, aspiring screenwriter Chen Xiao Qian is quickly scrutinized by the male lead, who refuses to appear in the character she wrote for him. She falls asleep while rewriting the script and is unexpectedly taken into her own story, assuming the identity of Third Princess Chen Qian Qian. In her search for a route home, she meets Prince Han Shuo, who shares her feelings for her.