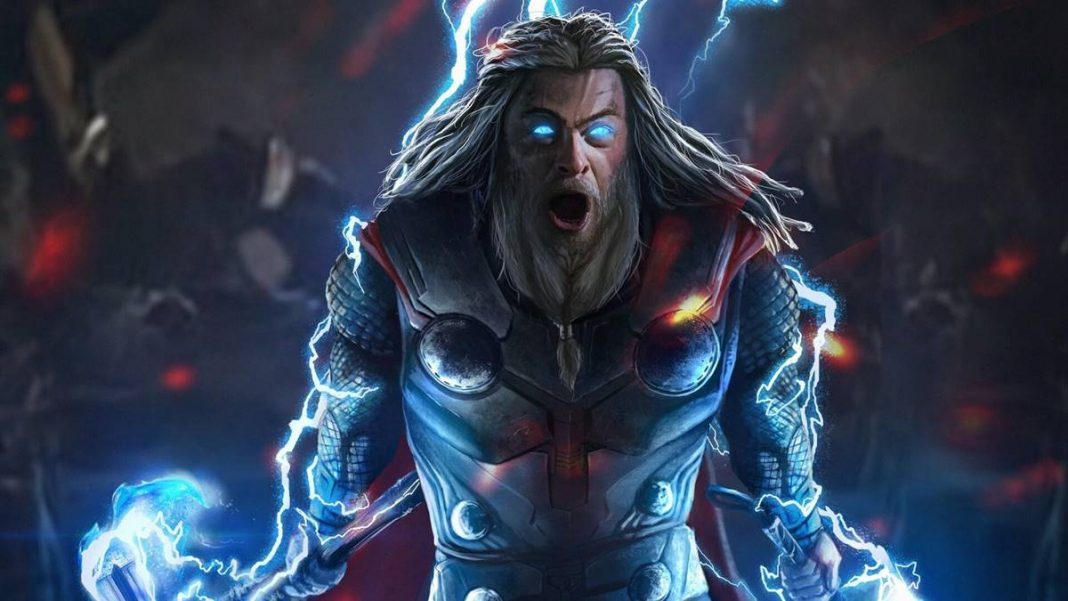 Superpowers of Thor: Everyone knows that Thor is the God of thunder and he can control lighting and thunder as per his wish but is it the only ability that he has,

the answer is a big no, there are many other abilities that Thor is hiding and that we don’t know.

In this blog, we are going to see the different Superpowers that Thor has, some of which we don’t know and some of which that we already know, all discussed in a single article to create an ultimate resource of Thor’s power.

Being an Asgardian he has many abilities and many Superpowers

Being an Asgardian he has many abilities and many Superpowers that many Gods generally possess and any other normal being doesn’t, but apart from those common abilities, there are many other superpowers and super abilities that Thor has.

Most of Thor’s powers come from his trustworthy weapon, Mjolnir that he has, but there are many other powers that Thor has and he uses those powers, without his Mjolnir as well.

In the first part of the movie Thor, Odin said that whoever can lift Thor’s hammer if he is worthy then is going to possess all the powers of Thor and we have seen glimpses of this worthiness in the Avengers: Age of Ultron where no one except Steve Rogers was able to move Mjolnir despite trying their level best.

that this God possesses and is mostly hidden from the people and are not shown out in the movies.

So let’s get start with the superpowers of our very favorite Superhero, Thor.

There is no doubt in the physical abilities that Thor possesses, he has great physical strength such that he can knock down anyone with just a single punch, even he was able to beat Hulk in the Avengers movie.

With the help of the physical strength that he possesses he has defeated countless enemies across the nine realms, but most of the time he relies on his inherited powers for defeating the enemies that are the ability to create huge and destructive thunder blasts that can destroy anybody.

Although for most of the time his energy was channelize by his hammer Mjolnir in the movie Thor Ragnarok,

Thor founds that he can control his powers without the help of his hammer as well and the hammer was just an instrument to control the godly power that Thor has and that’s why in Thor Ragnarok he was able to create lighting blasts and projections even without his hammer.

But Thor’s godly blasts are not limit to that there is much more potential in those blasts that we will see in the upcoming editions of Thor.

Apart from the high physical strength that Thor possesses he also can move at insanely high speeds.

But the question is how fast Thor exactly is? So is fast as in Avengers age of Ultron he was able to see quicksilver moving and that too very easily while others were not able to see him because he was moving that fast. So this was just one estimation of how fast Thor is.

As we see when Thor moves his Mjolnir he moves it so fast that in whichever direction he stops rotating his Mjolnir he would start flying in that direction and apart from that if he keeps on rotating his hammer Mjolnir at that speed for some time then he can even being hurricanes just like he did in Thor movie.

Apart from that if we even consider marvel comics then according to the comics if Thor tries to move at his maximum speed he can easily cover the entire universe and the sun as well in just a few seconds that is he would be able to move faster than light.

So there is not any exact numerical estimation of how fast Thor is but he is certainly very fast.

3. All Tongue (Superpowers of Thor)

Even in most cases, a person might know more than one language but being fluent in all the languages is just like an impossible task.

Now as there are more than seven thousand languages on earth so now you can imagine that how many languages would there be in the entire universe.

Now Thor being the protector of the nine realms of the universe he has to speak with different persons of the universe speaking different languages now for the filmmakers it is easy to make everyone speak English on-screen but in actuality, they all speak different languages and Thor can speak and understand all the languages there is another interpretation to that which states that whatever language the other person says Thor is going to listen that language as his mother language and whatever language Thor will speak the other person will listen to it as his mother language which is quite a difficult and

The interesting interpretation is give in one of the editions of Marvel comics.

Hearing this it seems that Thor cannot be harm or damage but he can be the only thing that requires sufficient power to do that damage.

When thinking of superhuman abilities like the ability to hear the sound that was originated miles that no one can hear or seeing those things that no other can see, the only person that comes to our mind with all these abilities is Superman bit very few people know that the superhuman abilities of Thor exceed much more than that of Superman,

We all know that Thor has amazing willpower like anything can happen but the will of Thor to keep fighting with everything that has gone against him is commendable but the strength that his mind possesses is much more than anyone can imagine.

he was also seen as someone who likes drinking from the different and unique collection of wine that Asgard has.

without all the necessary things that are require for life. It means that Thor can survive without food or water for longer periods than any normal human being can survive.

For example, if somehow Thor gets trap in some desert planet or desert area then he is going to live

Therefore much longer than any other normal human being, even if accidentally Thor has to live in space without air then also he will survive there for days without even a single bit of air.

But that doesn’t mean that Thor doesn’t need food or water or air to live, even god requires all those

Thor and other gods used to organize big feasts

and that’s why Thor also requires all those and that’s why on Asgard Thor and other gods use to organize big feasts and huge dinners parties from time to time and even when Thor was given banishment from Asgard and was sent to earth by Odin he said that his human form has become very weak.

The ability of Thor to sustain himself without resources cannot be quantified but Thor can go nearly years without food or water in his god form.