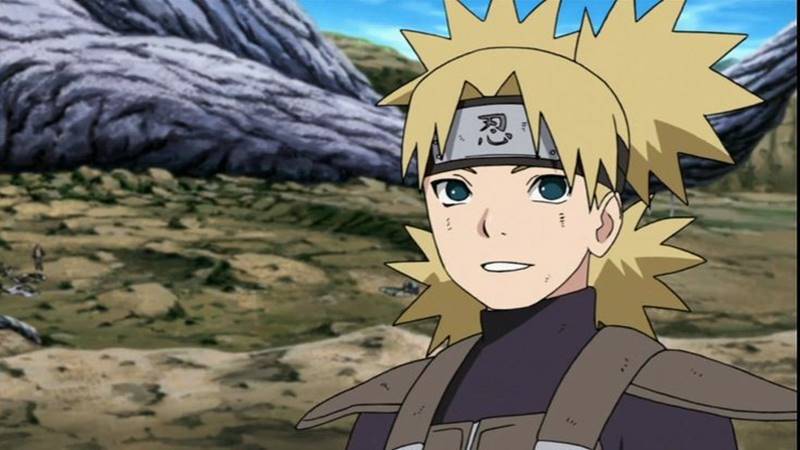 Temari: By the end of the series, several of Naruto’s female characters have grown into immensely strong and formidable forces to be reckoned with. Temari, unlike others, still has extremely vital ties with her siblings, Kankuro and Gaara. Temari’s role as the oldest sibling who wants nothing more than for her younger siblings to trust her begins to come through

when Naruto helps set the unfortunate future Kazekage on the right road. Even while she doesn’t get as much screen time as other prominent heroines like Hinata and Sakura, her character is still highly complex, with a lot of easy-to-miss hidden elements. Here, look at the top 10 interesting facts about Temari.

Temari is one of the few characters in the Naruto franchise who appears in both the manga and the anime in about the same position. She made her debut appearance right before the Chunin Exams when Naruto’s Academy classmates met genin from other villages. She initially debuted in the anime in episode 20, where she was presented in a room full of genin doing the written component of the tests.

9. Temari had a dream of  Infinite Tsukuyomi

Victims watch their darkest wishes play out while confined inside the Infinite Tsukuyomi. Temari’s innermost desire has been revealed to be so revered by her siblings that they continually seek her counsel, although this isn’t a dream that makes sense. Kankuro, and especially Gaara, grow into an outstanding ninja

who doesn’t need to rely on others for help all of the time. Given how much she cares for them and how fast she comes to their rescue, it would seem more natural for her ultimate desire to be to keep them safe from harm rather than to be a source of advice for them.

8. Temari had a soft corner for Shikamaru

While Temari and Shikamaru are a nice couple, the way they met and fell in love isn’t quite clear. Temari had irritated and mocked the Hidden Leaf when she and the others first arrived at the Leaf Village. She also has a negative impression of Shikamaru as a result of her confrontation with him during the Chunin Exams. She despises the way he practically dominates the fight

but then surrenders because it would be “too much of a pain” to continue. Her sympathetic spot for him appears to have appeared out of nowhere, and it would’ve been lovely if their relationship seemed more natural.

7. Temari is the oldest Genin of all

Aside from the main character, most shows don’t do a good job at defining the age of the characters. It’s common to think that all of the genin must be around the same age, however, Temari and the titular character’s squad are several years apart. By the time the Chunin Exams arrive, Naruto, Sakura, and Sasuke are all twelve years old, as is Gaara. Temari is fifteen at the time, a three-year discrepancy that makes her the group’s oldest genin.

6. Temari has an interesting meaning of the name

Temari’s name might have several meanings based on how it’s written. Her name is one of several Japanese names that derives from a Chinese alphabet. Some spellings of her name connect to the words “heaven” and “village,” respectively. What is the most accurate translation of Temari’s name as it appears in the manga? It’s a sort of Japanese handball that used to be popular among artists. The balls are thought to have originated in China and were first made in Japan in the seventh century. They used to be fashioned from pieces of old kimono fabric, but now they can be made with elaborate embroidery.

5. She is a potential candidate

Gaara is the jinchuriki, as he nearly destroyed the Leaf, as fans of the series will already be aware. It is, however, what allowed Naruto to connect with him on a deeper level and bring him out of the haze that had engulfed him his entire existence. What some fans may not realize is that Gaara wasn’t the first pick. He was only picked after Temari and Kankuro were ruled incompatible, and it’s fascinating to imagine what someone like her would be like if she had been chosen as the host.

4. Her Changing relationship with her

Temari and Kankuro have evolved from being afraid and protective of Gaara to having a more comfortable connection with their younger brother by the end of Shippuden. Temari and Kankuro haven’t started mocking Gaara like they do each other because of their history and Gaara’s more mild disposition. In the meantime, Kankuro and Temari scream at and insult each other

with the brutal but loving precision of many sibling rivalries. Temari occasionally goes too far, telling Kankuro that if he doesn’t stop talking to his puppets all the time, he’ll never have friends, but her cutting tongue is always in good intention.

3. She is a wind release master

Temari has demonstrated a high level of ability with the Wind Release technique, causing damage to even the Raikage. Temari utilizes her fan to create destructive cutting winds, yet each individual

who uses Release methods does so in a somewhat different way. She grows so skilled at using Wind Release that, at least in the anime, she is seen doing so without her fan, using only the palm of her hand.

2. She is not a Jinchuriki

Long-time Naruto fans will probably know the answer, but newcomers may just recall that one of the Sand Village Siblings was a jinchuriki. Gaara was that sibling, but if their father had his way, it could have been Kankuro or Temari. As a method for the village to know their “weapon” was well looked for, someone close to the Kazekage always became a jinchuriki.

1. She only appeared in three Naruto films

Fans of Naruto will have to look hard if they want to see Temari’s tale in any of the films. She only appeared in three of the films, and her roles were primarily supporting ones. Temari first debuted as a part of the shinobi troops created to confront the Ghost Army in Naruto Shippuden The Movie, before later spending time with Shikamaru.