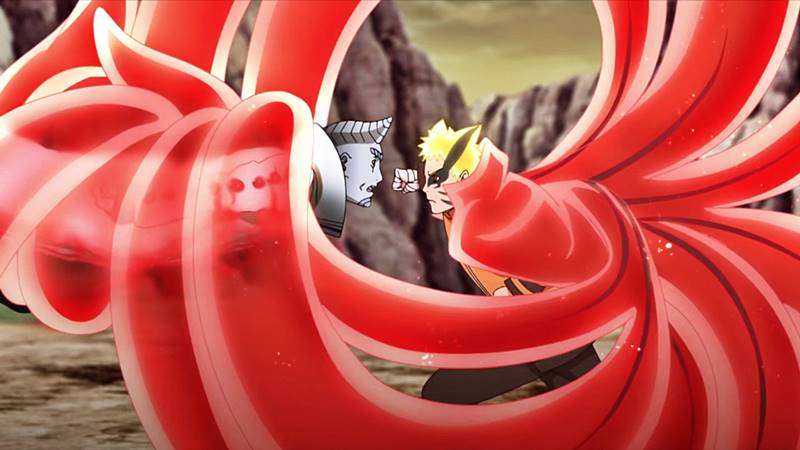 Baryon Mode Riddle: UNDERSTANDING WHY THE BARYON MODE GRANTED NARUTO A BOOST OF BOTH PHYSICAL STRENGTH AND SPEED

1️. Baryon mode granted Naruto only an incredible boost in speed and not physical strength which they said, remained the same.

2️. “Power” doesn’t include “physical strength” but only speed.

3️. Since Boruto was able to stop one of the falling giant cubes for some secs with his compression Rasengan, Baryon mode Naruto’s ability to catch the same cube is nothing.

4️. Baryon mode Naruto’s attacks were nothing to Isshiki since he said in Manga chapter 52 that “the force of the attack isn’t the problem but being hit by it is”.

Well, this is very far from the truth as I’ll be providing explanations with PHYSICS!! POWER, WORK & FORCE are triplet quantities and many times can’t operate without each other as we’re going to see. Before we delve into what these quantities are, let’s look at the meaning of physical strength.

WHAT IS PHYSICAL STRENGTH?

Physical strength can simply be defined as the measure of a human’s exertion of force on a physical object..

Power is simply the ability to do work or a measure of the rate of doing work or transferring energy.
P = Work/time

Speed is simply the distance traveled per unit of time.
m/s.

Work is the force exerted on a body. Or rather a measure of energy or physical strength expended in moving an object.
W = Force x distance

Force is an influence that can change the position or direction of an object. That is our ability to push, pull, twist or accelerate a body at any given time.
Force = mass × distance/time² or mass x acceleration.

Many times, the word power is used to describe physical strength or energy and even the Physics definition says it’s a measure for the rate of transfer of energy.

Now, Isshiki, Sasuke, and Kurama all laid emphasis on Naruto’s overwhelming “power” in Baryon mode. This “power” was by far greater than that of his Six path sage mode which did little in aiding him against Isshiki who was able to not only block his attacks effortlessly but was also able to lift, kick and throw him many distances away.

There is no such thing as Power without physical strength and speed.

This simply means that your power at any point in time is defined by the level of physical strength you expend divided by the speed used in doing it.
And so, since Naruto got an overwhelming boost in both strength and speed from Baryon mode, it was normal that the ‘force exerted’ and speed behind his attacks would also massively increase.

Baryon mode Naruto punched Isshiki so hard that he coughed out blood, his chakra tails were able to catch a heavy falling cube, and was also able to blitz Isshiki many times. All these were not possible while Naruto was in six path sage mode. The Baryon mode gave him the speed and physical strength needed to overwhelm Isshiki and that is a fact.

WHY WAS THE COMPRESSION RASENGAN ABLE TO HOLD OFF THE FALLING GIANT CUBE FOR SOME SECONDS?

Unlike the destructive ability of the big ball Rasengan, the compression Rasengan has a far greater penetrating power. Add that with the propelling property of the Rasengan and you’d understand why Boruto’s Compression Rasengan was able to hold off the cube for some secs.

WHY WAS THE FORCE OF THE PUNCHES OF BARYON MODE NARUTO NOT A PROBLEM TO ISSHIKI?

The answer lies in Toughness not durability since Isshiki coughed out blood from one of those punches. In physics, Toughness is defined as the ability of a material or body to absorb energy and plastically deform without fracturing.

A balance of Strength & Ductility = Toughness.

Ductility is the ability of a material to be drawn out longitudinally to a reduced section without fracture under the action of a tensile force.

This is exactly what Isshiki exhibited. Even with all of the pummelling from Naruto, he sustained no fracture or major body damage until the effects of the Baryon mode kicked in internally. This was simply because he was very tough. He had both the physical strength and ductility to take all Baryon mode Naruto could dish out.

It wasn’t necessarily because Naruto’s punches had no force behind them or the strength to greatly hurt him, it was simply because of Isshiki’s toughness. His ability to take those powerful hits without being incapacitated or decapitated. It’s just like what happened to Sasuke after he was battere by the same Isshiki. He still had the strength to move and remove the rods.

I hope that with these points of mine, I’ve been able to prove that Baryon mode Naruto had an overwhelmed boost in both speed and physical strength.