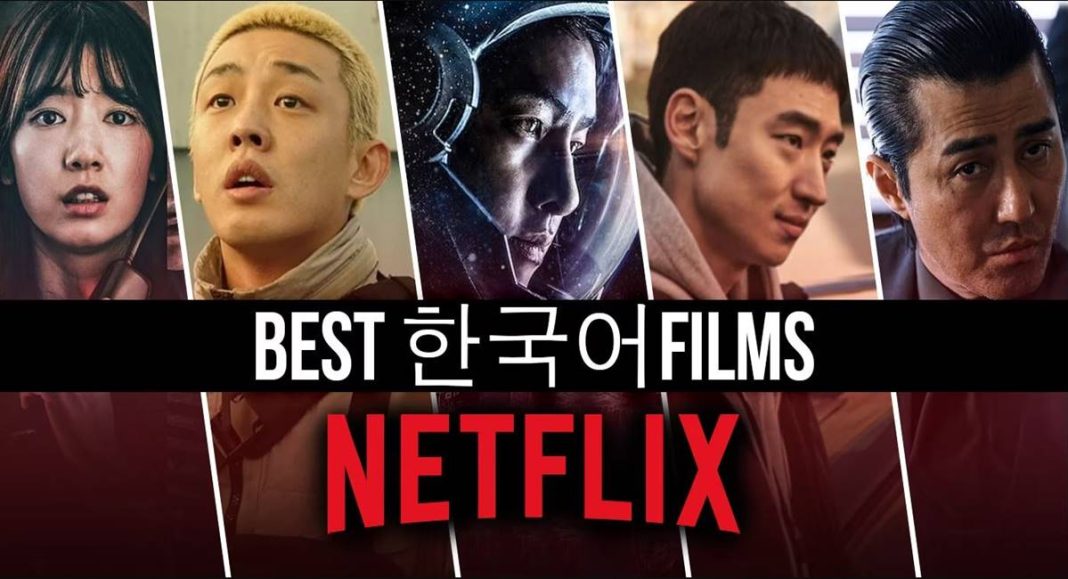 The best Korean Movies to watch on Netflix in 2022: We all love to watch movies whenever we are free but there are so many of them and we can’t watch them all that is we seek to find the best film available right now. There are many genres available, but one currently trending genre is Korean movies and dramas. If you say that you haven’t watched a single Korean Series or movie then you must be lying,

I mean there are tons of shows and movies from Korea that are worth watching. This is evident from the fact that every week one of the Korean dramas must be seen on top of the trending list. The reasons behind that are the story and the characters that connect to the audience and attract them. If you are too looking for something to watch right now then here is the list of the top 10 best Korean movies that are available on Netflix to watch.

If you like space and fantasy genre then this drama is just made for you, Space Sweepers as the name suggests is based on the people who live in space but they are all humans who are living in space because due to human misbehavior with nature and environment, the earth is not more inhabitable, Space Sweepers are those who travel across space

and clean the mess created by humans in space because they never learn from mistakes. In the process, they get in trouble when they encounter a humanoid who is very dangerous to remaining life in the galaxy. Watch the show as they face many problems and how they come out of them.

The Chase (Korean Movies on Netflix)

The crime thriller on the list is one of the best, the story is about Shim Duk Soo (Baek Yoon Sik), who is not popular in the neighborhood. Grumpy landlords are more known for annoying people with their rent than with friendly neighbors. But as his neighbors are murdered one after another, Duk Soo recalls a similar crime  30 years ago. He works with detectives to find out who is committing these crimes in his neighborhood and the real chase starts.

Sweet and sour is another movie based on the struggles based on love life and dating. The movie features young faces like Jang Ki-Yong and Krystal Jung in the main lead. This one is a classic example of romantic comedy that tries to fit into the modern Korean Setting. Even with Cultural differences, the movie is good to be watched by a global audience as such. This one is indeed a delightful tribute to the love story shown in the past time.

Wish you (Korean Movies on Netflix)

If you are into the LGBTQ+ romance genre, then this movie will surely excite you, the movie is about a music keyboardist named Sang Yi, who works at a major record label. He falls in love with a man named Kang in-Soo. Luckily for In-Soo, who is about to give up his music career, Sang-Yi introduces Insu’s music to his boss, giving him a big chance. In order to work on his music,

In-soo moved into his new label’s staff apartment, and San-Yi is sort of the manager. As they spend more time together, romantic feelings develop and Sang-Yi discovers that her love is not as one-sided as she thought. Find out if they meet or not.

The drug king is about a small-time narcotics dealer Lee Dom Sam played by Song Kang Ho who becomes one of the biggest drug dealers in Korea in the 70 eras. He was the only one who also sold his drugs outside of Korea such as in Japan

and also smuggled diamonds and other costly things which made him really famous and rich. The actor did a pretty well acting in the movie and also made a good career. If you are into crime thrillers then this one is for you.

As the name suggests, the story tells us about the story of high-profile couples and the secrets they hide behind in their lavish life. It is about a couple Jang Tae Ju and Su-Yeon, The story follows a couple as they struggle to achieve high-level goals. Jang Tae-joo wants to pursue a  career as a politician, and Oh Soo-yo wants to become a gallery director. Together, the two hope to reach high society and are willing to do anything to get there.

Alive is a movie based on Zombie Apocalypse and follows the life of live streaming video gamer Oh Joon-Wo as he attempts to stay alive in his apartment when outside there is a war going on between humans and zombies. He soon realizes that there is also an uninfected survivor nearby his apartment, with whom he strikes up a very socially distant relationship. Now they have to escape from this danger of zombies waiting for them below for new people to infect.

This historical drama is one of the epic movies of all time based on war and history. The story is about the Qing invasion of Korea in 1636. King Injo and his court have holed up in the mountain fortress Namhansanseong,

but problem is that they are running out of resources and they have to survive during this winter. The movie is directed by the famous director of Squid games so thrilling experience you can expect.

As the name shows the movie is about the dark side of the internet which is taking away the lives of innocents who somehow get trapped in the dark world of the internet. The movie tells the story of online chat rooms which run a sex crimes. Then police and investigators go on a hunt to take down the operators. Watch the movie to witness a chase and thriller experience.

So here is the list of best Korean movies available on Netflix that can be binge-watch and they are all masterpieces. Thanks for reading the article.

Thanks for reading this Korean Movies blog.