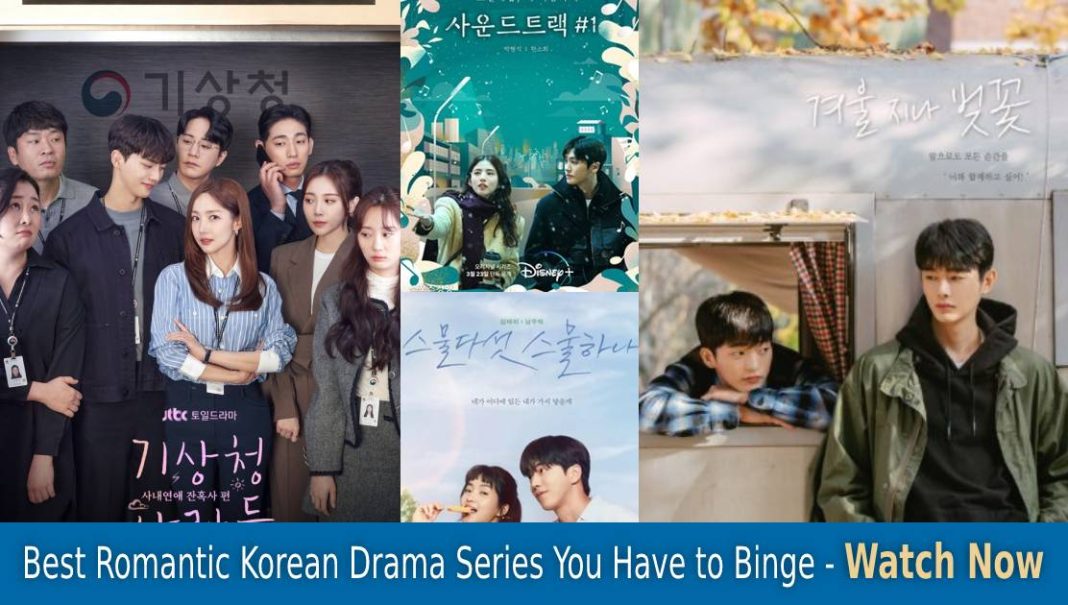 With the unique story plots, not to mention the talented and gorgeous Korean stars, it’s not surprising why Korean dramas have instantly taken the world by storm. We can’t tell what sort of sorcery or black magic these shows possess, but it is undeniable that K-dramas are sure to put your fangirling tendencies into complete overdrive.

While there is a vast library of the best romantic Korean drama series from the past years that you dare not miss, there have been some really good romantic K-drama flicks recently that are sure to give you a good dose of butterflies in your stomach.

Here’s a fair warning, though. This list will only fuel your K-drama addiction. Continue reading at your own risk.

This K-drama series centers on the story of people working at the National Weather Service and how they lived their personal and professional lives. It also tells the cheerful love story of ordinary people who have their fair share of experience with workplace stresses and successes.

This romantic musical drama tells the story of two young and talented people who remained friends for more than 20 years. They managed to keep this friendship that long, without crossing the border between romance and friendship. But one day, they ended up living under the same roof. Eventually, they realize they have feelings for one another.

This series focuses on the romantic story of two individuals who first met when they were 22 and 18. Years after, then 25 and 21, they crossed paths. It’s a story that centers on the reality of the aggressive growth of some immature youth and the challenges between love and friendship.

This romantic K-drama focuses on the friendship and growing pains of two young men, as well as their search for love amidst different obstacles. Both lads grew up as if they were siblings, but when they reached their coming of age, they realized the real meaning of relationships and love. Cherry Blossoms After Winter is actually based on a popular webtoon of the same title, and many fans have been looking forward to this live-action adaptation for quite some time now.

5. The Youngest Son of a Conglomerate

This is a fantasy K-drama that tells the story of a man betrayed and killed by the Chaebol family, who he has served for more than a decade. He then gets a second chance at life, returning in the body of the youngest son of the family. He uses this to his advantage and takes revenge.

This K-drama series depicts an exciting yet painful love story between a woman who is driven by all the wrong reasons and a man who has been wrong throughout his life. Because of their love for one another, they realized the true meaning of love, learned to love themselves, and found true happiness. Why Oh SooJae? is a highly-anticipated K-drama because it is the screen comeback of Seo HyunJun, Korea’s queen of romantic comedies.

The story of The Office Blind Date centers on an ordinary office worker who disguises herself and goes on a blind date along with his charming boss. However, the story takes an unexpected twist when she ends up being proposed to the next day. This series has every element that one needs in a romantic comedy: proposals, marriage contracts, and blind dates! All the chaos then gives birth to a beautiful romance, which is why it is very interesting to see.

This is one of the best romantic Korean drama series today as it tells the story of a popular math instructor who must fake amnesia after getting death threats. His unassuming secretary, on the other hand, pretends to be his fiancé when she finds out that she does not have that much time to live.

Thirty-Nine is a Netflix series that focuses on the story of three best friends who stick together in whatever ordeals in life they face, be it personal, love, or loss as they turn 40. They are usually there for each other through thick and thin, but a problem threatens to destroy their friendship for good.

This K-drama depicts the passion, work, friendship, and romance of four young men and women who ventured into the fashion industry. It tells a seemingly realistic story about the daily lives of modern individuals who live in the city and struggle to survive.

What K-Drama Will You Watch First?

The best romantic Korean drama series today may have different storylines. However, they do have one thing in common: handsome and gorgeous actors in search of love. And while it requires minimal effort to read those subtitles, it’s absolutely worth it because, at the end of the day, you get to believe that true love still exists in this perfectly imperfect world.

So, which K-drama series will you be watching first?