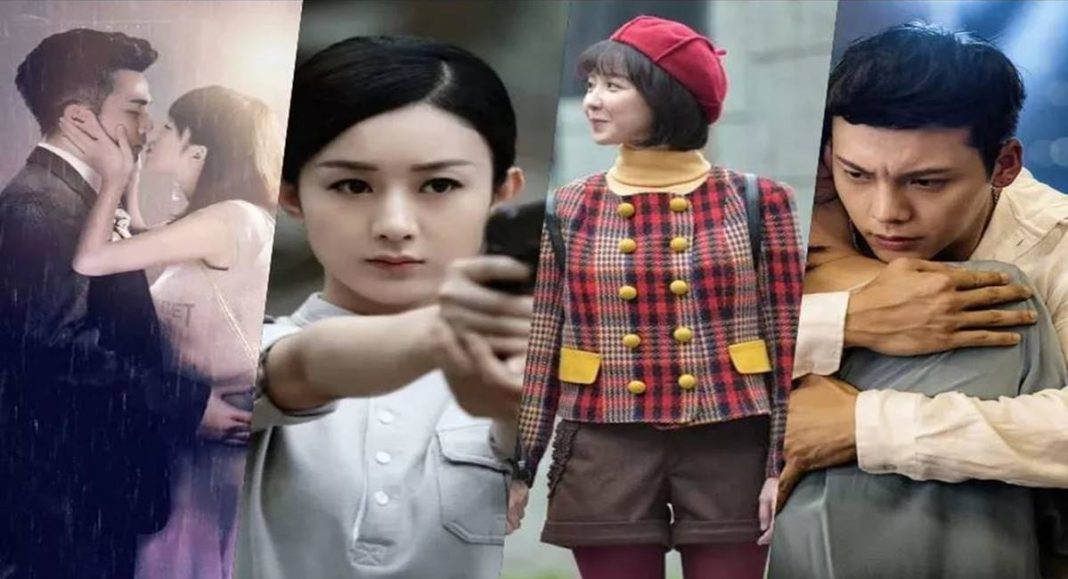 Thriller C Drama: Many of us are interested in Plot twist stories and like to explore them. There are many details that are hidden and people pay less attention to them. on the other hand, several people consider that every single thing, seemed unimportant, but actually, they carry a lot of information. The cases are mid blowing which defines that even detectives get confused. So here is the top thriller C drama available.

10. My RoomMate is a Detective

My Roommate is a detective is based in a small village where people get shocked when they hear news about a serial killing in the town. On the Other Hand, Li Yao just finished his studies and got back to his country. As a genius, police officers sometimes ask him to give advice in some cases. The police long the help with him try to catch the serial killer.

9. When a snail falls in love (Thriller C Drama)

The thriller drama is about Ji Bai, a detective from the criminal division,  who is training his new assistant named XU XU. Ji Bai is preparing XU XU for investigating any crime which can happen anytime. XU XU follows all the orders of him to enhance logic and even physical strength which will help them later in the fights. This is must watch series for romance thriller lovers.

Incest Detective is different Mystery thriller series whose story is kind of different from others. The story is about a town where peculiar bugs appear to be the cause of people’s death. Tan Jing Tian, a genius student, is falsely accused of the tragedy behind this. Tan Jing Denies that accusation and gets himself to investigate the reason behind the deaths which are happening in the city.

Chaoyang, Yan Liaang, and Yue Pu are teenagers which are friends from childhood, they all three grew up in an orphanage together. Chaoyang Yan and Yue usually spend their free time playing around the beach. One day when they were playing on the beach they see a couple fighting,

in a fun way they decide to record their fights. But later that fighting turns dangerous and one murders another. Now they have too many consequences of that thing as they are the only ones who saw the whole incident.

Ultimate Note is a Journey of three young Men, Wu Xie, Zhang Ziling, and Wang PAngzi. When one of them gets his memory loss, the other two decide to help him by bringing his memory back. In order to do that they have to reach the snake Kingdom. The Journey is not that simple at all, they have to put their lives at stake sometimes. They face many obstacles but they don’t give up on their dreams. They have to solve many mysterious things along the journey which will make their life difficult.

Xia Chi and Qing Zhi are in a relationship for a long time and have nothing to be worried about in their life. They live happily and peacefully in their system. But suddenly their life takes an upside-down turn when Qing Zhi si missing. He then takes many actions to find his girlfriend,

which brings him to play a game of death called Die Now. He has to compete with others players too. All the players have to survive also in order to solve the problems they are also facing to get the mission done and clear all the levels of the game.

Evil minds are a very good series that is about a serial murder that happens on a college campus. Fang Mu, a brilliant Psychologist, teams up with Tai Wen Lian to crack serial murder cases which are happening on the campus. However, there are investigations running on

but they are not creating any impact on the cases. The continuous failures make Fang mu feel bad about him and traumatize him. However, the murder cases still continue to grow and the victims become dead bodies. Fang Mu has to find a way to forgive himself in the past and move on with the future.

3. Caught in the Heart beat

Detective Tang Is investigating a dead body that is found in the forest. When detective Tang is taking some stuff from the crime scene, another officer working with him gets a vision of the murder case.  the vision is connected to the detective Tang,

which shows a girl, Jing GU, whom the detective met in a hospital years ago. Jing Gu uses her superpowers to solve any cases which are happening in the city. Some of them were cases that were left unsolved from the past but now they can get the case solved.

This series is an adaptation of the Novel “ The long Night is Difficult to see” a case is on the trial, the witnesses answer all the questions and the suspect gets investigated. The judge named Jiang Yang Has heard all the things

he needs and the juries will decide whether the suspect is guilty or not. But later Jian Yang finds out that the case of the murder is not an ordinary one and he decides to do a further study about the case, which will later uncover many secrets.

1. A Murderous Affair In Horizon Tower

Zhong Meibao, a beautiful Café owner is found dead in the tower. Two detectives, Yang rui Sen and Zhong Jing Guo investigate the case. Yang Rui and Zhong Jing gather the evidence from the crime scenes and try to stick them together. They find three suspects which are about to prove guilty. But he further decides to study the case which will take more time.