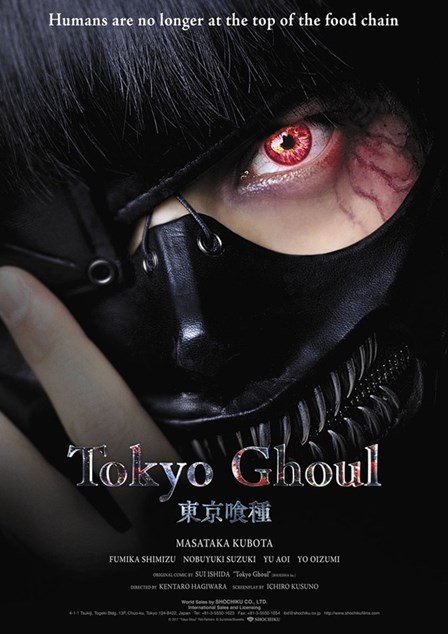 To promote the upcoming release in the Japan on 29 July, a kick-off event for the upcoming live-action film adaptation of Sui Ishida’s dark fantasy manga series “Tokyo Ghoul” will be held at YouTube Space Tokyo in Roppongi, Tokyo at 8:30Am on 2 June (JST), and it will be also live treamed via the YouTube simultaneously worldwide. 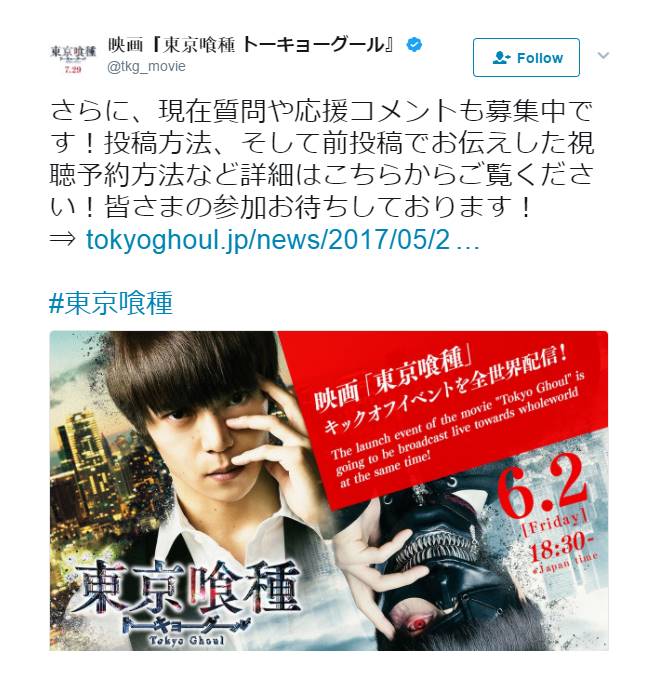